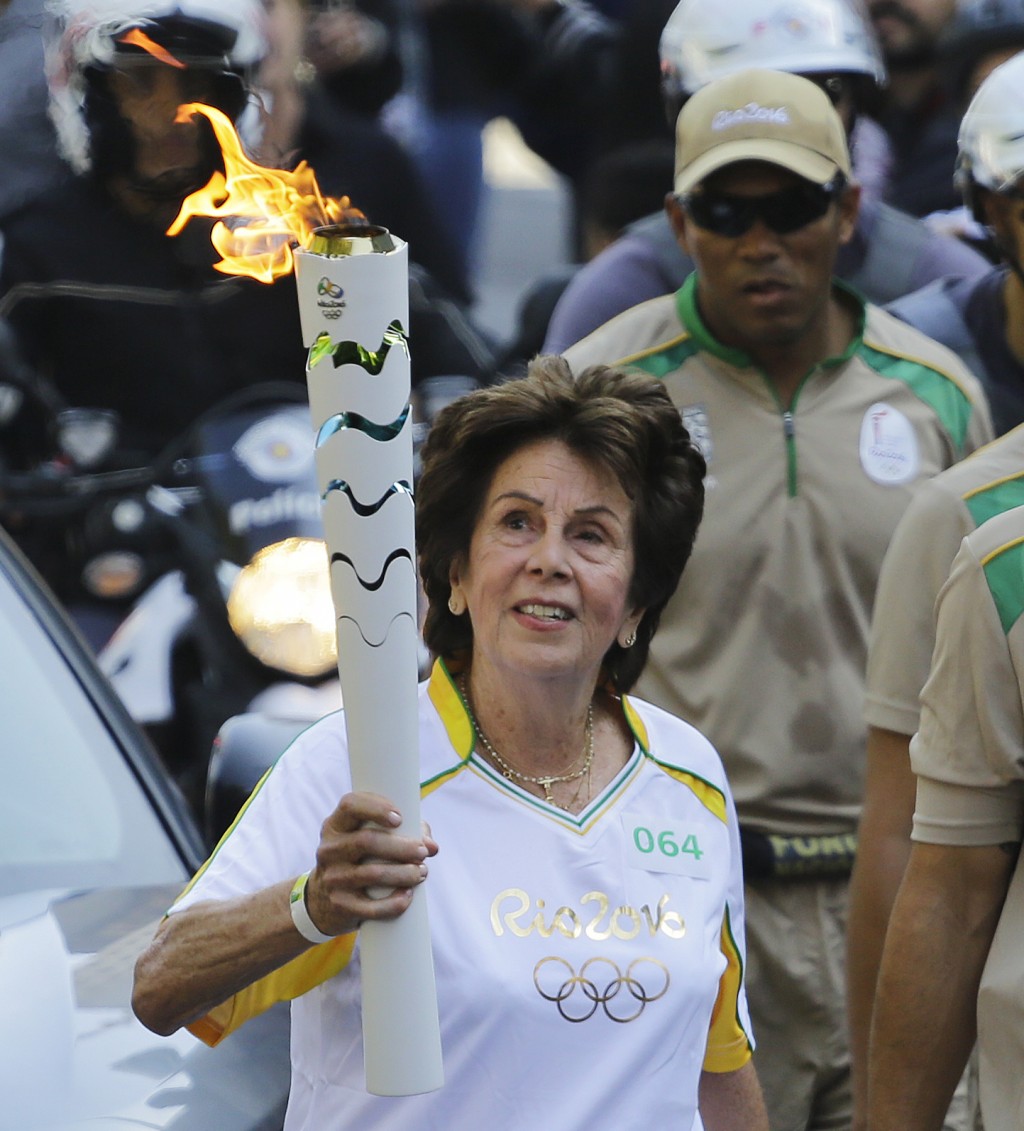 SAO PAULO (AP) — Maria Bueno, a Brazilian tennis great who won three Wimbledon singles titles and four at the U.S. Open in the 1950s and 1960s, has died after battling mouth cancer. She was 78.

Bueno was admitted to a hospital in Sao Paulo on Tuesday and on Friday the hospital released a statement confirming her death. It declined to provide more details out or respect for her family.

Nicknamed "The Tennis Ballerina" because of her graceful style, Bueno was a former top-ranked player who spent most of her career on the court before the professional era. She won 19 Grand Slam titles overall, seven in singles, 11 in doubles and one in mixed doubles, between 1959 and 1966. She also reached the singles final at both the Australian Open and the French Open.

Bueno was inducted into the International Tennis Hall of Fame in 1978 and was more recently contributing regularly to Brazilian television at Wimbledon, the U.S. Open and other major tennis events.

Bueno won her first major at Wimbledon in 1959, when she was 19. In "Tennis Encyclopedia," Bud Collins described her at the time as "the incomparably balletic and flamboyant Bueno."

Adored in Brazil after winning the trophy, Bueno became one of the symbols of the country's change from mostly rural to urban and modern.

Billie Jean King, who beat Bueno in the 1966 Wimbledon final and later helped start a women's professional tennis tour, said the Brazilian was one of the players that made tennis less of a men's game.

"Maria was a big star who caught the interest of the fans at a time when the men took center stage. She helped lay the groundwork for what was to come," King told Bueno's website in 2009. "She deserves to be recognized."

Bueno said men were key to her game.

"It was only because I trained with men that I developed my speed. People said I looked effortless, but that was from training with guys," said Bueno, who played without a coach.

From 1957-67, a decade in which she was dominating on the tennis court, Bueno won 65 singles tournaments, 90 doubles titles and 15 in mixed doubles. She was runner-up in 45 other competitions.

Injuries and illness shortened her career, including spending eight months in bed in 1961 because of hepatitis.

Her last major title came in 1968 when she won the doubles title at the U.S. Open alongside Margaret Court — one of her biggest rivals in singles.

Bueno and Court faced each other in five major finals, with Bueno winning two of them.

Bueno's career took a downturn as the Open era started in 1968 because of arm and leg injuries. But she returned to tennis years later and won her final tournament at the Japan Open in 1974.

Off the court, Bueno also had an interest in fashion and played in dresses tailored by English couturier Ted Tinling.

In 1964, Bueno surprised the public at Wimbledon with a white Tinling dress that had a pink underskirt and matching pink underwear.

"There was a gasp from one end of the court," Bueno recalled years later. "And the people the other end didn't know why, until I changed ends and served from there.

"Later I wore panties that resembled the club colors, which outraged the club committee and they brought in the all-white clothing rule."

Born in Sao Paulo, Bueno started playing tennis at the age of 6 and entered her first tournament at 11. At 17, she left Brazil for the United States.

Despite being considered a future star after winning national tournaments at a young age, Bueno was shy about her achievements.

"I'm not good," she told The Associated Press after being named Female Athlete of the Year in 1959. "I'm afraid of everyone I play."