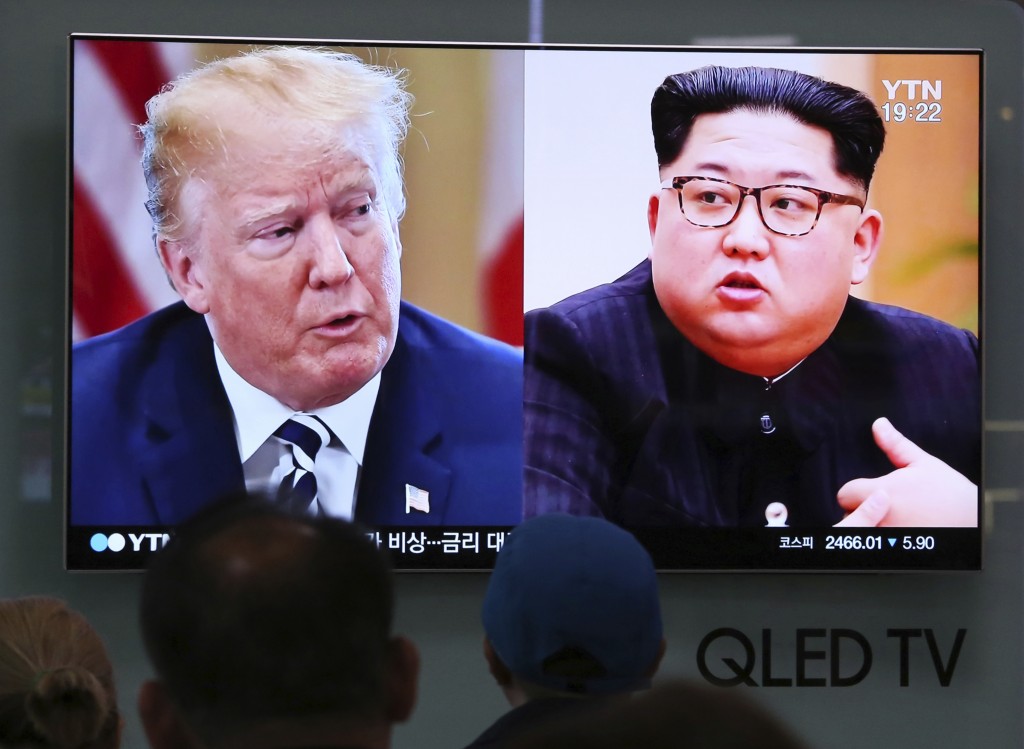 WASHINGTON (AP) — The self-proclaimed master dealmaker is facing doubts from multiple corners as he prepares to negotiate with Kim Jong Un.

Ahead of President Donald Trump's landmark summit next week with the North Korean leader, U.S. allies and many Republicans are raising concerns that he may impulsively give in on issues they say should be deal-breakers for the United States. Ambiguity about exactly what "denuclearization" must look like has left some wringing their hands, while others fear he may yield on a longtime North Korean wish that the U.S. withdraw some or all of its military presence on the Korean Peninsula.

In particular, national security hawks have voiced worries about Kim's intentions and his willingness to actually follow through on any commitment he might make in Singapore.

"My suspicion remains that he is going to try to get as much sanctions relief as possible without having to give up his weapons," said Sen. Marco Rubio, R-Fla.

Rubio, who applauded Trump's now-reversed decision to cancel the summit, said at the time that it was apparent that Kim's goal "was either to gain sanctions relief in exchange for nothing or to collapse international sanctions by making the U.S. appear to be the unreasonable party."

The concerns have been voiced on both sides of the aisle in Congress, where top Senate Democrats have sent Trump a letter insisting any deal will be a bad one unless it forces North Korea to comply with a long list of onerous demands. Even Sen. Majority Leader Mitch McConnell, generally averse to publicly criticizing fellow Republican leaders, warned the president last week that "you could get snookered."

In their letter, Senate Minority Leader Chuck Schumer and Robert Menendez, the top Democrat on the Senate Foreign Relations Committee, called for any agreement with North Korea to meet five key points: that all weapons of mass destruction be removed or dismantled; that there be no uranium enrichment or plutonium reprocessing; that it end all ballistic missile testing; that it allow "anytime, anywhere" inspections of its facilities; and that a deal be permanent.

"The president has talked tough when it comes to North Korea, but more important than any tweet, more important than any comment about the size of the big red button will be the president's willingness to stand strong and secure a strong and enduring deal," Schumer said. "We hope that he'll be successful and strongly encourage him to reach an agreement that meets the five principles that we've laid out."

Trump, clearly eager for a summit he can sell as a success, has played into the concerns that he may find himself outmatched at the negotiating table by Kim. Kim's detailed command of the issues central to his country's nuclear conflict has impressed U.S. officials who have interacted with him since Trump's diplomacy with the North began.

"I don't think I have to prepare very much. It's about attitude," Trump said of the summit before meeting Thursday with Japanese Prime Minister Shinzo Abe. "It's about willingness to get things done."

Although the Trump administration has said that America's 28,500 troops in South Korea aren't bargaining chips in Singapore, there are persistent concerns — fueled by Trump's own comments — that he may waver. For years Trump has complained about the U.S. bearing too much of the burden for other countries' security, and as president he's sought to pull troops from Syria and other locations. He's also specifically questioned the need for so many troops in South Korea, asking in 2016, "What are we getting for this?"

Agreeing to a troop withdrawal from South Korea would be the worst possible outcome for the summit, said Christopher Hill, a former U.S. ambassador who ran negotiations with North Korea in the George W. Bush administration.

"Even if he tried to couch it in terms of South Korea not paying the bills, which is nonsense, I just think it would make him look weak," Hill said.

Another North Korea expert from the Bush administration, Victor Cha, noted that only Trump has raised troop presence as a possible negotiating point.

"We are the ones who have been talking about putting it on the table," he said. "This should be a matter between U.S. and South Korea."

Trump's diplomacy with North Korea has been cheered on by South Korea, whose new leadership is more supportive of engagement with the North than any South Korean government in years. The level of concern is higher, though, in Japan, another U.S. treaty ally in Asia with much at stake.

Japan's government is worried that Trump, with his "America First" focus, may accept a deal that eliminates the threat from North Korean intercontinental ballistic missiles that could strike the U.S. mainland, without dealing sufficiently with medium-range missiles that could strike Tokyo. Japan also been pressing Trump to force the North to release Japanese abductees seized years ago, Japanese officials have said, although Trump has given little indication that's a high priority for his summit.