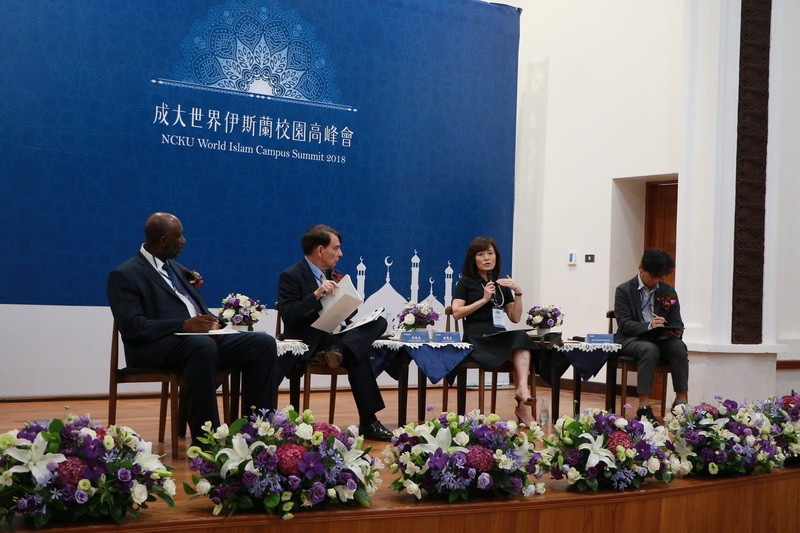 Starting a day earlier, experts from academic, literary, art and business sectors gathered at National Cheng Kung University to share their experience at addressing Islamic issues and discuss ways to create a better environment for young people in the context of cross-cultural and multi-cultural learning.

In her opening address, NCKU President Huey-jen Jenny Su (蘇慧貞) said ever since the Japanese established the university as an engineering college in 1931, NCKU has sought to look after underprivileged students and devoted itself to creating an international friendly campus.

"Currently, about 2,000 international students are registered at this university across the globe. Meanwhile, we have about 200 Muslim students studying on campus and have built several prayer rooms at different campuses to meet their needs," she said.

Acting mayor of Tainan City, Li Men-yen （李孟諺）, said, "Tainan aims to declare English its second official language, as part of the city's internationalization program. The next step is to work with local restaurants and night market vendors to produce bilingual menus, signboards and produce information in English and Chinese."

Lin said, Tainan retailers and restaurants that apply for Halal certification to serve Halal tourists will receive an allowance from Tainan City government.

"We aim to make Tainan a Muslim-friendly city with services from birth to death," he added.

During the two-day meeting, the former Director of the American Institute in Taiwan - Taipei Main Office William Anthony Stanton (司徒文), who is currently a professor at National Taiwan University, gave a keynote speech titled "The Long Journey to Islam: Its People, Civilization and Implications for Contemporary University Education."

They also talked about "building a university campus based on multicultural understanding, respect, and inclusiveness in the 21st century in Asia."