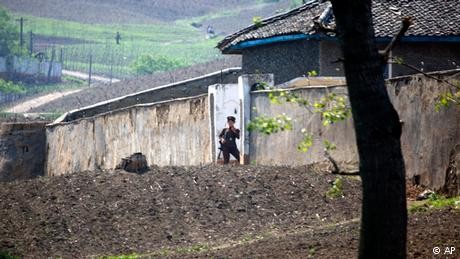 Hailing North Korea's recent elease of three US prisoners, Quintana urged Pyongyang to widen its amnesty to others arbitrarily detained there as political prisoners.

"There is no rule of law in the country... no due process of law," Quintana told reporters in Geneva.

While Quintana said he knew the process would be drawn out, he said "a good signal of the government would be to start releasing prisoners" ahead of talks in Singapore scheduled for June 12. Trump and Kim are set to meet at a luxury hotel on the island of Sentosa, with the talks set to address the issue of North Korea's denuclearization.

The UN expert said he was hosting the press conference in Switzerland "because unfortunately nobody invited me to Singapore."

Quintana went on to say that wider humanitarian issues needed to be addressed: North Korea is struggling with a lack of food and some 10 million people there are in need of humanitarian aid.

Quintana expressed hope that the US and other powers would put human rights firmly on the agenda. "I believe that... human rights should not [be lost from] sight in the context of the negotiations on the denuclearization of the DPRK [North Korea] and beyond," he said, using North Korea's official acronym.

North Korea is believed to have as many as 120,000 political prisoners in its extensive system of gulags. A UN commission published a scathing 2014 report that concluded North Korea was guilty of human rights violations"without parallel in the contemporary world."