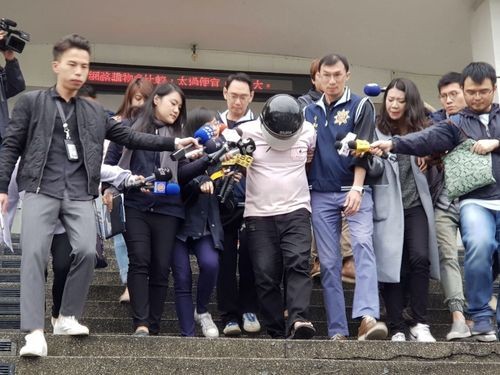 TAIPEI (Taiwan News) – A man who set fire in his apartment building in New Taipei City last year with the deaths of nine people as a result received the death sentence Thursday, though he can still appeal.

Li Kuo-hui (李國輝), an ethnic Chinese man from Myanmar, claimed he heard the sound of neighbors making fun of him at his apartment in Zhonghe, New Taipei City, the Central News Agency reported. Early in the morning of November 22 last year, he went out with an empty bottle to buy gasoline, and that day in the evening, he lighted the fuel on the staircase of his apartment building and fled, prosecutors said.

Nine residents on the fourth and illegally added fifth floor lost their lives in the resulting blaze, with Li returning to the site to take a look and stealing clothes to change his appearance, reports said.

The New Taipei District Court said Thursday he was guilty of extreme evil, taking out his revenge on innocent people in the most brutal way possible. Appeals against the sentence are possible, and while capital punishment is still on the books, no executions have taken place since 2016.

Before last year’s fatal arson, Li reportedly posted insults on the Facebook page of a woman after she broke up with him. As she apologized, Li asked a friend from Myanmar to remove his post, but instead, the man used it to mock him, enraging him to the point he used oil to light a fire outside the man’s apartment and under his motorcycle in May and June last year, according to CNA.