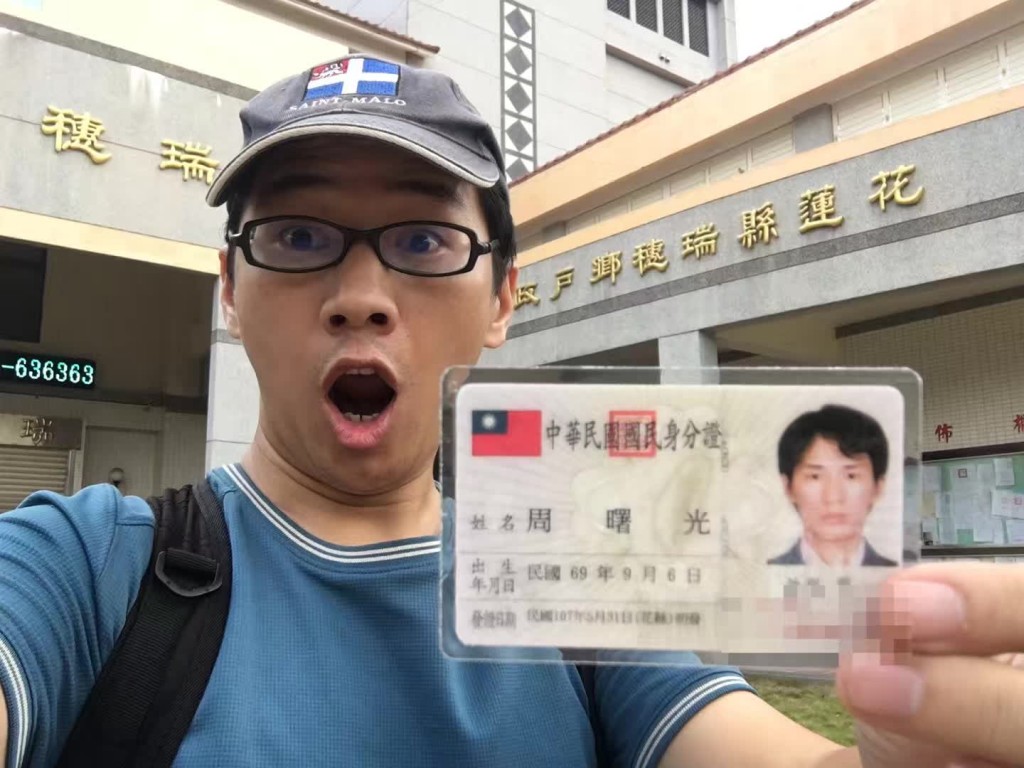 TAIPEI (Taiwan News) -- A former Chinese citizen and dissident blogger who has just received his Taiwanese citizenship said that he is interested in running for public office in Taiwan in the future when he is eligible.

Zhou Shuguang (周曙光), 37, is a native of Ningxiang County in Hunan Province, but has lived in Hualien's Rueisui Township (瑞穗) with his Taiwanese wife for seven years, yesterday applied for his Taiwan passport yesterday (June 4), after becoming a naturalized citizen and obtaining his Taiwan ID card on May 31, reported Up Media.

Zhou, who was originally an information technology professor, became known for his efforts as a citizen journalist and blogger covering China's censorship of the press. Zhou, who goes by the handle Zuola (佐拉), used his blog to publish stories about government land seizures, oppression of ethnic minorities and repression of freedom of speech.

Starting in 2007, he started gaining attention for his "citizen reports," and he soon became known as the "father of citizen journalism in China. In 2008, Zhou covered unrest in Tibet, the 2008 Guizhou riot, and challenged the impartiality of judges in the Yang Jia case in Shanghai, and in August of that year, he was arrested and held without charges. Act of defiance showing Zhou leaping over the wall of censorship. (Photo from 周曙光 Facebook page)

In 2011, he married his Taiwanese wife, but was denied a Chinese passport to visit her in Taiwan for half a year until he and his wife's persistence paid off. Due to his sensitive status as a dissident journalist, Zhou opted not to seek political asylum and instead chose to go through the conventional route to citizenship.

In 2016, he finally received his residence permit and two years later, he completed the naturalization process and received his Taiwan identification card, yesterday, June 4, ironically on the 29th anniversary of the Tiananmen Square Massacre. Zhou said that he would like to run for neighborhood chief (里長) and experience democracy in Taiwan, reported Liberty Times.

Zhou said that the biggest difference between Taiwan and China is "freedom." Zhou said that China today is like Taiwan was when it was under martial law, with no possibility of forming political parties or organizations, much less have freedom of speech.

Zhou said that in ten year's time, which is the legal requirement in Taiwan before naturalized citizens can run for public office, he would like to run for neighborhood chief to better understand Taiwan's democratic elections from the perspective of a political candidate.