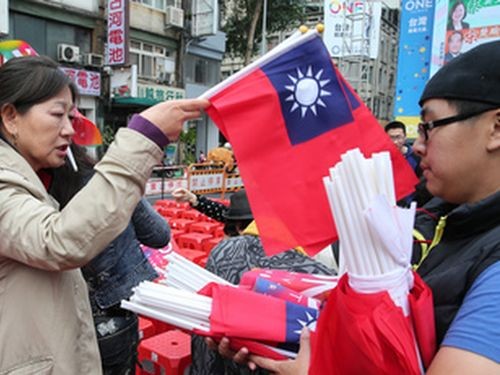 TAIPEI (Taiwan News) – A survey was conducted on the emergence of Taiwanese identity earlier this year, with results and discussion published in the Washington Post newspaper on June 4.

The survey, conducted in January 2018 on a random selection of 1,410 respondents in Taiwan, found that less than 3 percent of all respondents self-identify as exclusively Chinese. The survey was conducted using two different methods: a fixed choice method, and a point allocation method, placed side by side for comparison.

The two categories of those self-identifying as “Taiwanese only” or “Both”are similar in percentage, which suggests there is a sizable portion of Taiwanese society that identifies as Chinese and Taiwanese simultaneously.

This survey divided respondents into two groups, one used the fixed choice method, similar to a previous survey referenced in the article, and the other group used a point allocation method to survey how Taiwanese identify themselves, with overall results of both survey method groups paired side by side.

The point allocation group answered the question: "If you had 10 points to represent the composition of your identity, how many points would you allocate to being Taiwanese, how many to being Chinese?" A previous survey referenced by the article, which the authors suggest may be “inaccurate” is the annual survey carried out by the Election Studies Center of National Chengchi University. According to that study, in 1992 only 20 percent of respondents self-identified as “Taiwanese only.”

However by 2017, that number had increased to almost 60 percent of respondents, which implies that that the number of Taiwanese citizens self-identifying as Chinese has been on a steady decline over the decades.

The survey reported by the Washington Post article claims that the National Chengchi survey could be inaccurate, because of its simplistic and exclusive categorizations of“Taiwanese,” or“Chinese.”

The authors of the Washington Post article, Alastair Iain Johnston and George Yin, suggest that these categories are too narrowly defined and do not account for the complex nature of cultural identity. So they chose to apply the point allocation method for comparison, which asked respondents to allocate 10 points between either Taiwanese or Chinese identity.

The general findings show that the “Taiwan only” group prioritizes defense of the country, and has a less favorable view of China and Chinese people, than those of the “Both” category.

However, as the article notes, the “Both” category does not represent a cohesive group identity, since using the point allocation method, even those who put a single 1/10 of their points into the “Chinese” identity category, and 9/10 into "Taiwanese" were still calculated under “Both.”

The closing paragraph of the article reads:

The conventional method, with just three fixed options, captures neither the diversity of identity nor how that diversity may be relevant to different policy preferences. The allocation method may come closer to how people actually understand and live their identities on a daily basis. If so, Beijing can afford to be more relaxed about identity in Taiwan.


However it must be noted, that the ambiguity between “Chinese” as a cultural identity, and its forced translation into a political status, which Beijing insists upon, and which the above quote suggests, makes any statement on the political implications of this survey very dubious.

While it might provide some useful insight, ultimately a survey about cultural or ethnic identity, is not the most useful approach to deduce political orientation.

Further, while the point allocation method may provide a greater range of flexibility for respondents, the end result is that the data provided ends up being more ambiguous, rather than more precise.

Questions of cultural identity aside, a recent survey conducted on behalf of the Taiwan Foundation for Democracy, by the Election Studies Center at NCCU asked respondents in very clear terms whether or not they would be willing to fight to defend their democratic way of life in the event of a Chinese assault on Taiwan.

Almost seventy percent of respondents in that survey, regardless of how they may“self-identify,” answered they would be “willing to fight if China uses force to coerce unification.”