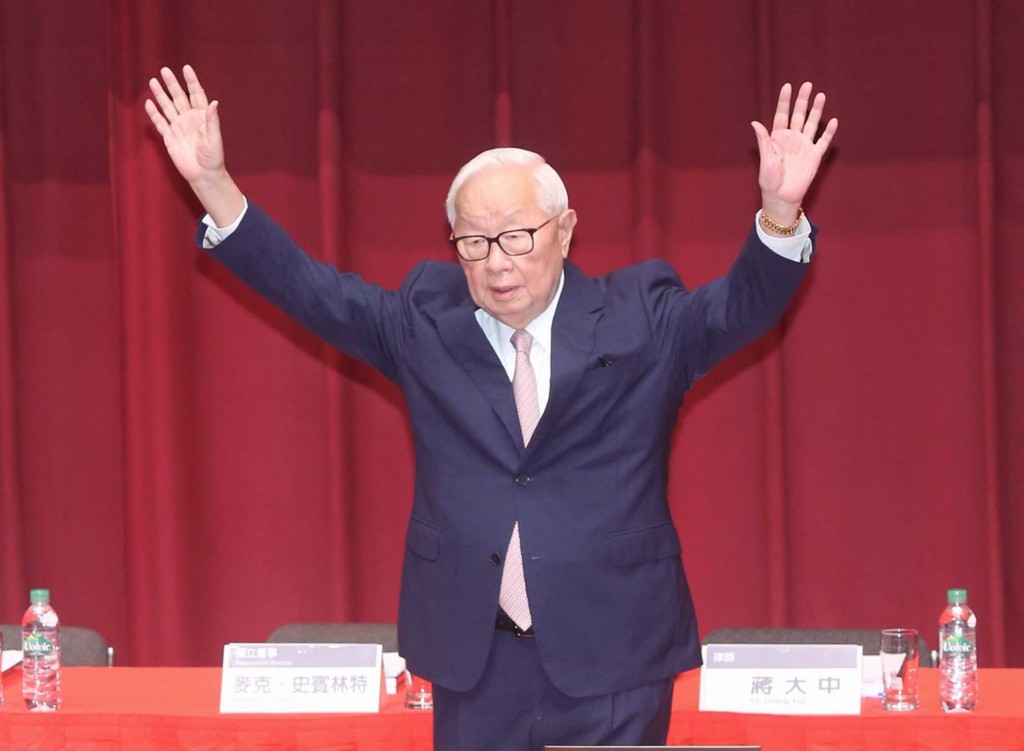 TAIPEI (CNA) - Taiwan Semiconductor Manufacturing Co. (TSMC) Chairman Morris Chang retired on Tuesday after the company completed a reshuffle of the board of directors at its annual general meeting.

The proposal for a reshuffle of TSMC's board with Chang no longer on it was approved, respecting Chang's wishes to step down as chairman after serving the company for more than 30 years.

Mark Liu will succeed Chang as the chairman of the company's board and C.C. Wei will serve as TSMC's president, setting in motion a "dual leadership" system.

Before the board reshuffle, Lin and Wei served as co-chief executive officers of TSMC, the world's largest contract chipmaker.

Addressing the meeting, Chang said he had faith in TSMC's new leadership and truly believed the company will create another growth miracle after celebrating its 30th anniversary in October 2017.

"I think the new board members will continue to maintain the company's long existing values of being honest and sincere, keeping delivering on promises and continuing efforts in innovations," Chang said at the meeting.

"That will continue to win trust from our customers."

Tuesday's meeting was the last time Chang will preside over the annual gathering in the capacity of chairman, after he announced on Oct. 2, 2017 that he would retire in June 2018 pending approval at the shareholder meeting.

When he arrived at the venue in Hsinchu, where TSMC is headquartered, he waved to shareholders who gave him a loud ovation.

The electronics guru is known as the "father of semiconductors" in the global integrated circuit industry for founding and building TSMC into the world's largest semiconductor foundry operator, with a more than 50 percent share of the pure-play foundry market.

In a statement released in October announcing his retirement, Chang said the past 30-odd years, during which he founded and devoted himself to TSMC, have been an extraordinarily exciting and happy phase of his life.

"Now, I want to reserve my remaining years for myself and my family," he said in the statement.

Chang said he is planning to complete an autobiography, spend time to travel, and play bridge.

The cash dividend payout topped the NT$7 dividend issued on its 2016 EPS of NT$12.89. (By Chang Chien-chung and Frances Huang)