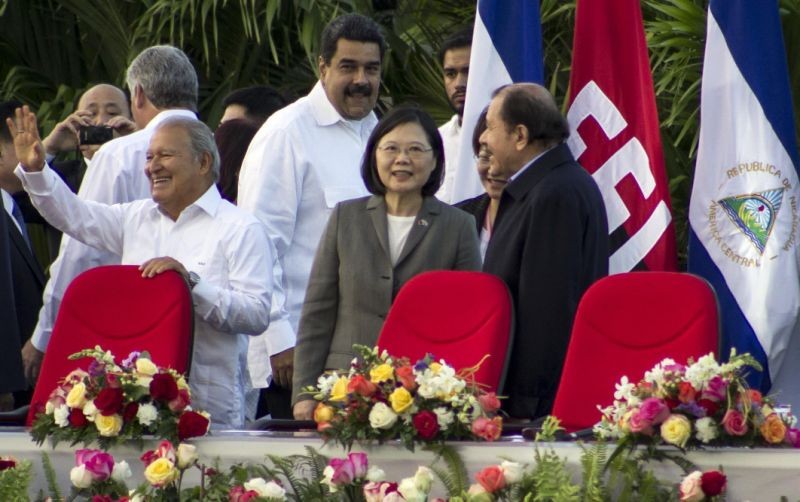 TAIPEI (Taiwan News) – President Tsai Ing-wen (蔡英文) should confirm rumors of a trip to Paraguay in August to stave off efforts by China to lure away more allies, experts said Saturday.

Since Tsai assumed power in May 2016, four of Taiwan’s official diplomatic allies switched ties to Beijing, namely Sao Tome and Principe, Panama, and in the space of one month, the Dominican Republic and Burkina Faso.

The island is now left with only 18 allies, most of them small or impoverished countries in the Pacific, Latin America and the Caribbean, with one in Africa, eSwatini, formerly known as Swaziland, and one in Europe, the Vatican.

Earlier, reports hinted that Tsai might choose to visit Paraguay, Taiwan’s only ally in South America, next August.

While the visit has not been confirmed, it should go ahead as Chinese leader Xi Jinping (習近平) is likely to expand his contacts with Latin America during the G20 summit in Argentina’s capital Buenos Aires in November-December, the Apple Daily reported Saturday.

As Paraguay is situated next to Argentina, the government should carefully monitor developments, though it should not be overly optimistic that an official visit by Tsai could stave off a diplomatic switch, said Yen Chen-shen (嚴震生), a researcher with the Institute of International Relations (IIR) at National Chengchi University in Taipei.

Taiwan needs to prepare more foreign aid for its allies, but due to domestic criticism, the government needs to clearly explain its diplomatic strategy and persuade the public of the need for foreign aid, the Apple Daily quoted Yen as saying.

IIR Director Arthur Ding (丁樹範) also called on the government to pay attention to China’s organizing of separate regional forums with African and Latin American countries, because each time Taiwan’s allies would not be invited to those events, raising pressure on those nations, the Apple Daily reported.