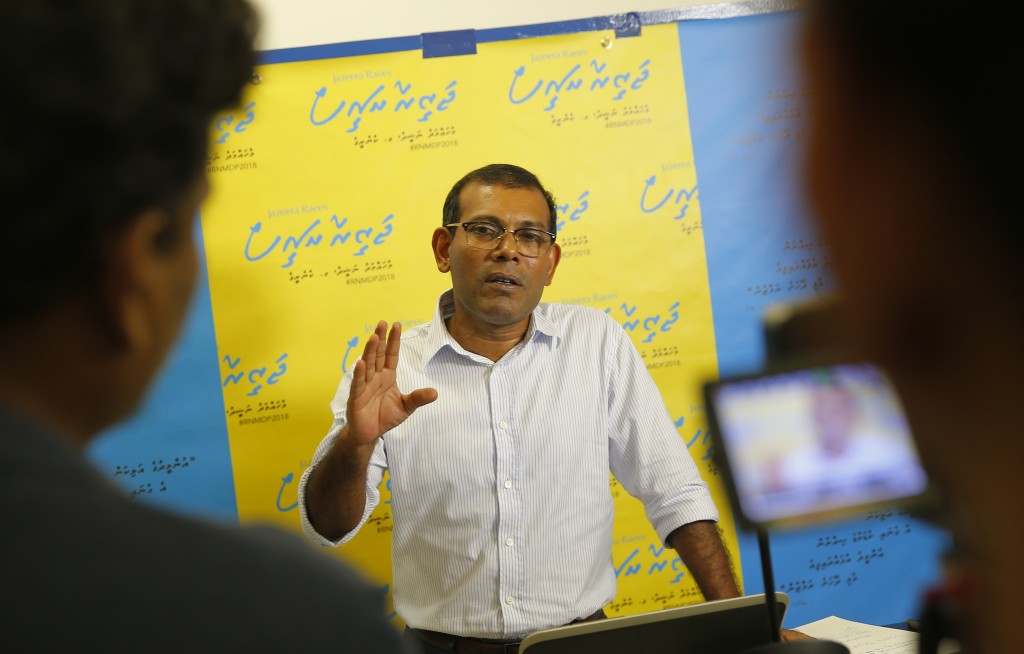 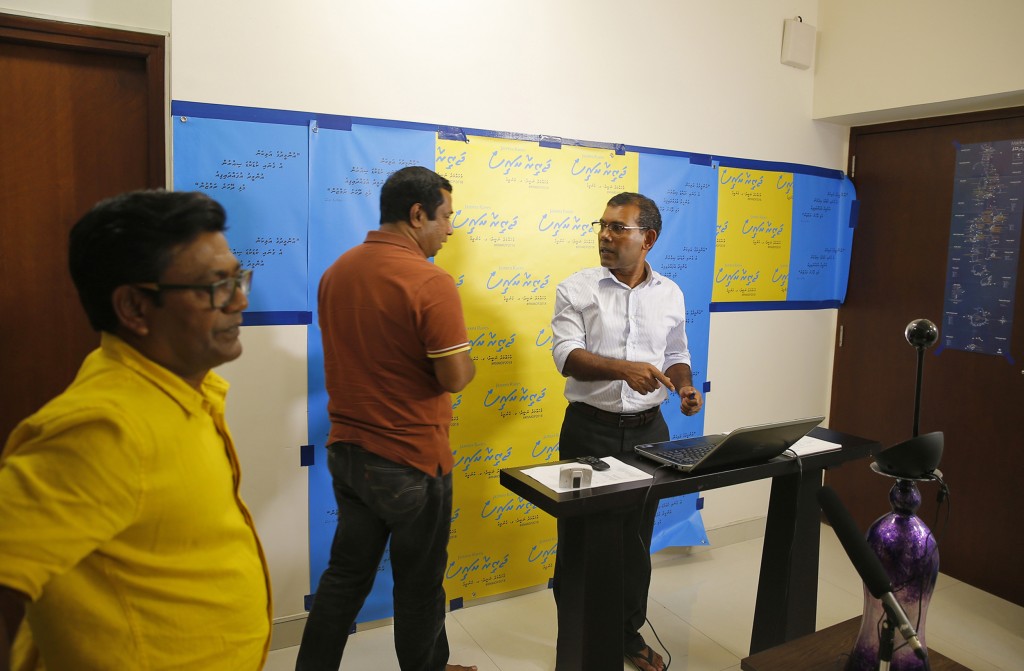 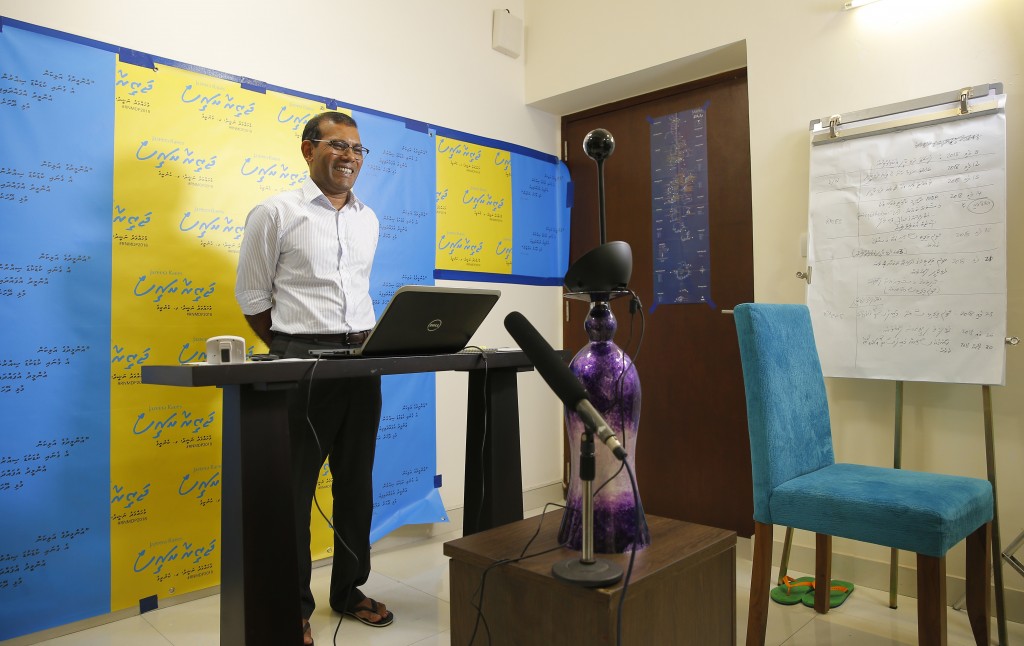 COLOMBO, Sri Lanka (AP) — Mohamed Nasheed is a convicted criminal who lives in exile. But he's still hoping for the near-impossible: the presidency of the Maldives.

The odds are stacked against him. His prison sentence disqualifies him from running. His main rival, President Yameen Abdul Gayoom, has near-absolute power. Legally, Nasheed isn't even a candidate.

But Nasheed, who in 2008 became the first democratically elected president of the archipelago nation best known for its high-end resorts, only to be forced out four years later and later convicted in a widely condemned trial, is already on the campaign trail — albeit only online for now, speaking to supporters in video discussions.

In an interview with The Associated Press in neighboring Sri Lanka, Nasheed insisted he'll face Yameen in elections expected sometime between September and November.