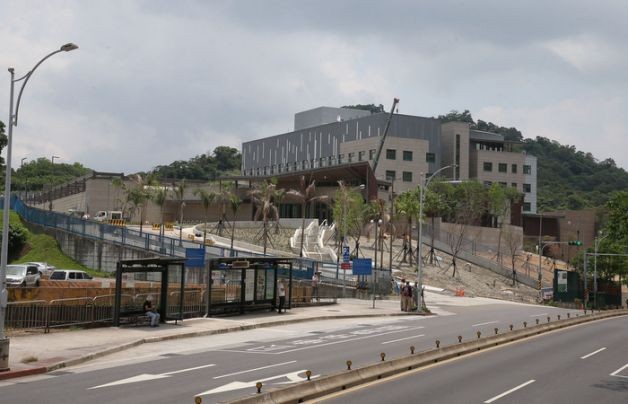 TAIPEI (Taiwan News) – This month’s opening of the new American Institute in Taiwan (AIT) office signals a major upgrade in relations between Taiwan and the United States, the New York Times commented Thursday.

AIT, the representative office of the U.S. in the absence of an embassy, will officially open its new building in Taipei City on June 12, but top Taiwanese government leaders such as President Tsai Ing-wen (蔡英文) have already toured the compound.

In a report titled “Don’t Call It an Embassy: U.S. Gives Its Taiwan Ties a $250 Million Upgrade,” the New York Times writes that the relationship between the two has been “elevated to levels not seen in decades.”

President Donald Trump has been partly responsible for the change, naming officials known as “friends of Taiwan” to key positions, such as National Security Adviser John Bolton and Secretary of State Mike Pompeo.

The newspaper expects the official opening of the AIT offices to be big news here, even though it might coincide with the eventual summit between President Trump and North Korean leader Kim Jong Un.

While President Tsai will attend the event to open the 16-acre Neihu District site, it is not yet clear who will represent the U.S., though AIT Director Kin Moy hinted it might be recognizable good friends of Taiwan. Bolton had been named by the media, but later reports seemed to play down the possibility of a visit by the administration official known for his tough statements in favor of the island.

AIT’s move from “a small, drab 1950s-era former military building hidden behind 10-foot walls” to a complex which looks like a university campus has already raised property prices in Neihu but is also being seen as sending the message that the U.S. is keeping a keen interest in its unofficial ally, the New York Times reported.