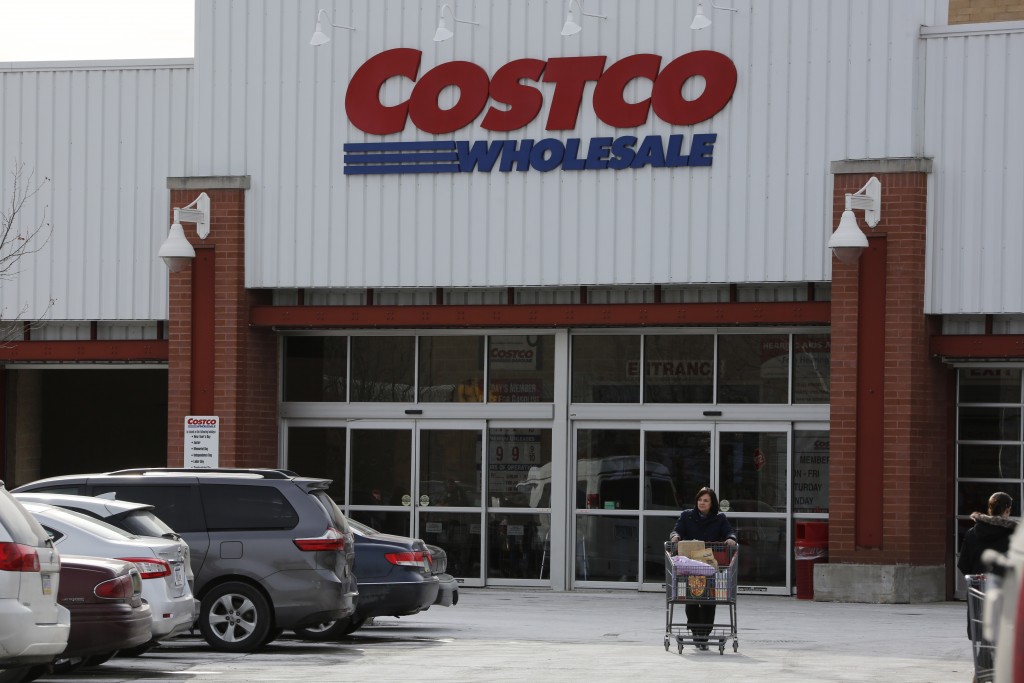 The company also Thursday said it plans to use some of its savings from recent corporate tax cuts to provide raises to its U.S. employees. Starting June 11, starting wages at Costco will increase a dollar an hour to $14 or $14.50. Other store chains have also announced raises as low unemployment gives retail workers more options.

The Issaquah, Washington-based company said it earned $750 million, or $1.70 per share, during the quarter. That's up from $700 million, or $1.59 per share, a year ago. The results surpassed Wall Street expectations. The 12 analysts surveyed by Zacks Investment Research expected earnings of $1.68 per share.

Costco said its comparable sales, which exclude the impact from brand-new stores, rose 10.2 percent overall with slower growth in U.S. stores of 9.7 percent. Of Costco's 750 stores, 520 are in the United States.

Shares in Costco fell 2.4 percent to $193.51 in extended trading after the results were released.

Elements of this story were generated by Automated Insights (http://automatedinsights.com/ap) using data from Zacks Investment Research. Access a Zacks stock report on COST at https://www.zacks.com/ap/COST