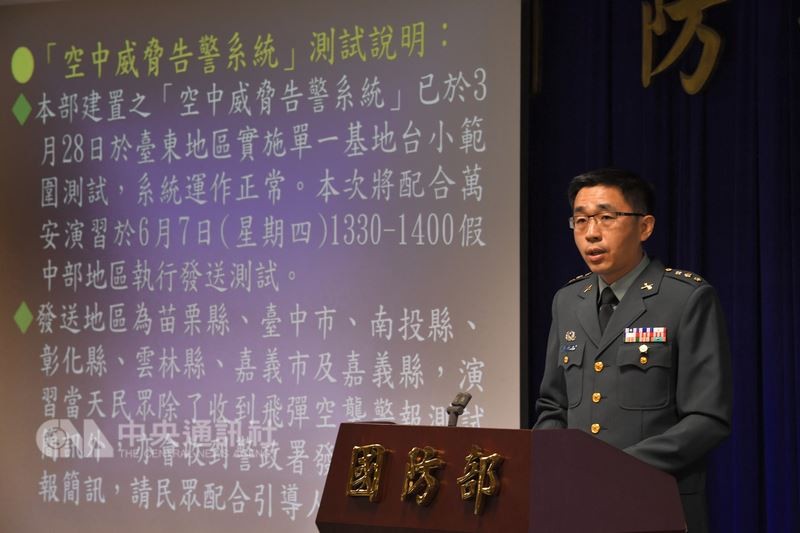 Taiwan's military will test a new air raid text-alert system at an annual air defense drill to be held next month, the Ministry of National Defense (MND) announced Tuesday.

The system, built this March, is designed to send text messages to users' mobile phones to provide alerts of an incoming air or missile attack, according to military spokesman Chen Chung-chi (陳中吉).

The system, currently under trial, was previously tested on March 28 on a small scale in Taitung County in southeastern Taiwan.

Another larger scale test will take place during the central Taiwan portion of the annual Wan An No. 41 (萬安演習) air raid drill being held between 1:30 p.m. and 2 p.m. on June 7, according to Chen.

The message will read: "National-level alert. This is a trial of an air raid text-alert system in case of an incoming air attack." It also urges people to participate in the drill that will test the country's emergency response measures in case of an air or missile attack, according to the MND.

The Wan An drill will be held in other parts of the country at the same time of the day from June 4 to 6. During the 30-minute period, all road traffic will come to a standstill and pedestrians will be required to get off the streets to facilitate exercises to test Taiwan's emergency response systems, the MND said.