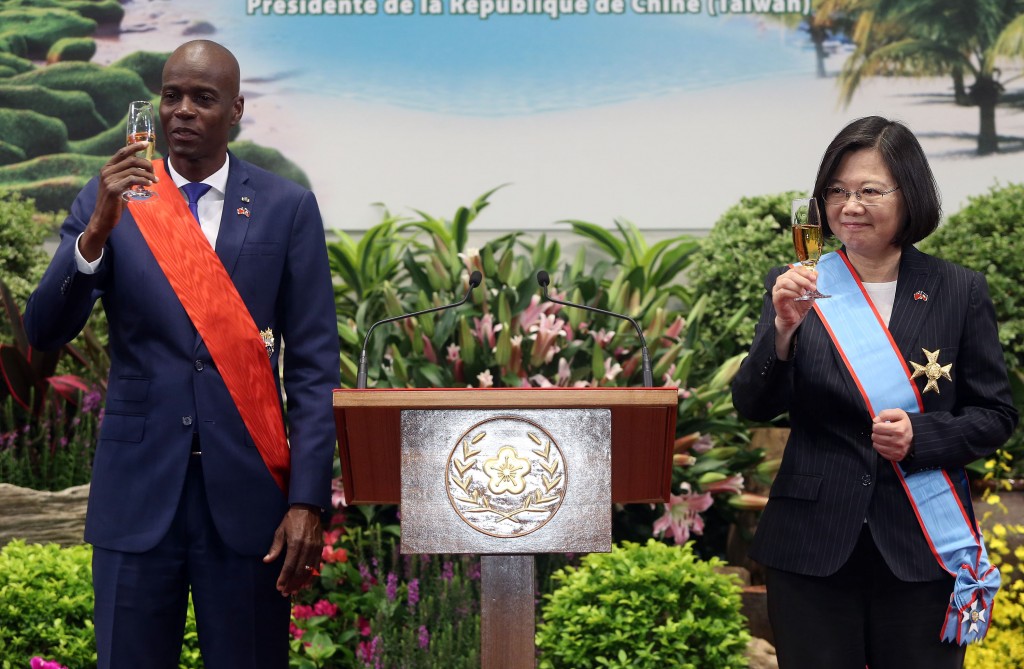 After Haiti’s neighboring country the Dominican Republic severed diplomatic ties with Taiwan earlier this month in favor of China, which continues its efforts to poach the island’s remaining allies, many believe that the visit by the Haitian president this time is driven by negotiations and deals of financial assistance that are urgently needed for the Caribbean nation.

Despite rumors that Haiti could be the next country to cut ties with Taiwan, President Moïse emphasized during his remarks on Tuesday that “Haiti is willing to strengthen cooperative partnership with Taiwan so that the relationship between the two countries can be long-lasting and robust.”

On the other hand, President Tsai said she looked forward to seeing the two nations supporting one another in the pursuit of sustainable development.

The military honors were followed by a bilateral meeting and the signing of a joint communiqué between the leaders of the two countries, during which President Moïse reiterated his earlier remarks that the participation of Taiwan in various development projects undergone in Haiti would bring benefits to both countries, according to a statement released by the Presidential Office.

“The political circumstances faced by the two countries have urged both sides to tackle problems swiftly and pragmatically,” said the Haitian president.

Through means of reciprocity, the two countries could build a relationship beneficial for both, said the Haitian president, expressing hope that such new alliance could bring about the solidarity of the two nations.