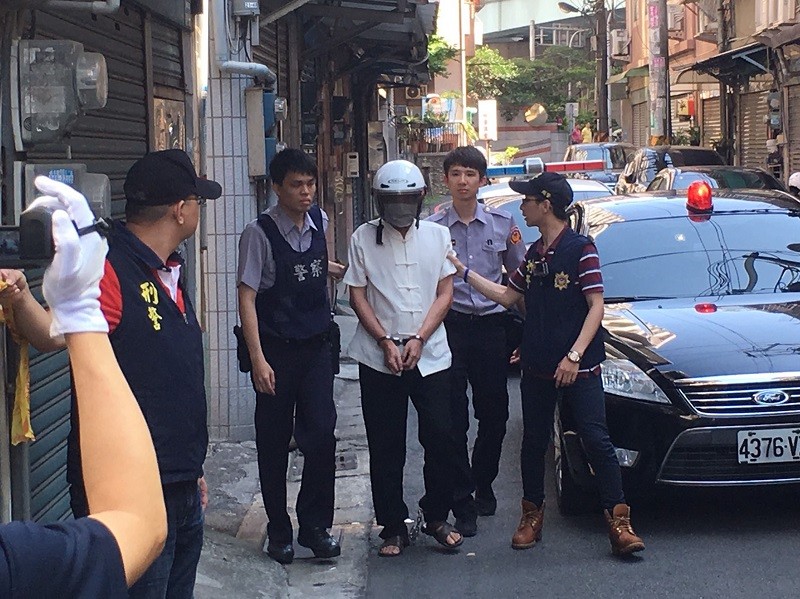 Taipei, May 27 (CNA) A 67-year old man in Taoyuan confessed Sunday that he had stabbed his wife to death and beheaded and disemboweled her after she asked for a divorce, according to police.

The man, identified only by the surnamed Chen, was arrested Saturday evening after his daughter found the head and body parts of his wife in two plastic bags in his bedroom, Taoyuan police said.

At the time of the arrest, Chen was too drunk to give a proper statement but he confessed early Sunday during interrogation that he had committed the brutal murder, police said.

According to Chen's statement, his 68-year-old wife had recently asked for a divorce, which would have resulted in their third legal separation in four decades, and they were having a disagreement over division of property, police said.

The couple was living apart and Chen's wife was last seen entering his apartment at 11 a.m. Friday morning, when she went to take him breakfast at his request, according to police.

When Chen's wife did not return to her home, their daughter went to his apartment late Friday but did not see her mother, police said.

The next day, the daughter again visited Chen's apartment, where she found him intoxicated and noticed that he had some head injuries, police said. She later found two plastic bags in his room, one containing her mother's head, and the other body parts, according to police.

Police said the evidence recovered from the scene included three plastic bags and two plastic boxes containing the woman's head and body parts, while a mass of internal organs was found in Chen's refrigerator.

The case has been handed over to the Taoyuan District Prosecutors Office for further investigation.