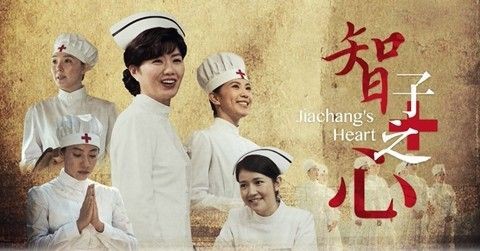 TAIPEI (Taiwan News) – The cancellation of a historical TV drama produced by a Taiwanese television station has led to speculation and rumors that pressure from the Chinese government led to the show’s cancellation.

The program “Jiachang’s Heart” (智子之心), produced by the Buddhist television broadcast company Da Ai TV (大愛電視台), told the true story of a young nurse in Hong Kong during World War Two that ran away from home to serve the invading Japanese army.

The program was to air at a prime-time 8 p.m. weekday slot, and was expected to be the network’s biggest title of the year.

The show was supposed to run for 35 episodes with the pilot airing on May 10. However, after only the second episode Da Ai TV decided to cancel the program, claiming it was done voluntarily in order to “maintain a harmonious operation” and because watching the program might “re-traumatize” some elderly audience members.

If the statement is to be believed, it still does not explain how Da Ai TV, known for its family-friendly sentimental entertainment, and for being highly averse to anything that might be deemed offensive, would have ever allowed the program to reach production in the first place.

With reasonable suspicion that Chinese influence might have played a role in the cancellation, Taiwan’s National Communications Commission (NCC) announced on May 23 that there would be an official inquiry into the matter.

A representative from the Tzu Chi Culture and Communication Foundation, which operates Da Ai TV, will be forced to make a statement to the Commission on the matter.

After the pilot aired, Chinese netizens reportedly panned the show, claiming that it was painting Japan and their wartime activities in a positive light, while belittling and insulting China.

One user referred to it as a “Japanese boot-licking drama” and another claimed that the show’s producers were “showing their loyalty to the Emperor” reports SCMP.

The state-run mouth-piece for Chinese propaganda, the Global Times published an article denouncing the show, with such statements as “the TV drama shouldn't have been allowed to be produced. This is not about freedom of speech, but respect for history.”

The Global Times piece also claimed that Jiachang’s Heart “may cater to…calls for Taiwanese Independence,” saying the show represented “ignorance” on the part of Da Ai TV and even said the show could be “especially dangerous given Taiwan’s colonial history.”

The statements from Global Times, echoing as it does the sentiments of Chinese leadership, are conspicuous.

Liberty Times reports that the Chinese Taiwan Affairs Office (TAO) also expressed concern over the program, and wanted to visit Taiwan "to investigate." It was also rumored that Beijing dispatched agents to Hualien in southeastern Taiwan to put pressure on the Tzu Chi Foundation, the parent organization of Da Ai TV.

On May 14, just after the cancellation, Da Ai TV Development Manager Ou Hung-Yu apologized for the program, but insisted that Beijing was not involved.

Ou said the station hoped “to produce a show to purify human hearts and encourage social harmony... We don’t want to create any controversy, and this does not serve the purpose" of Da Ai TV.

The preliminary findings from Taiwan’s NCC state that there was no clear evidence that Chinese officials played a role in the show’s cancellation, however Da Ai TV mishandled the situation, making it appear that the network was bowing to the will of the communist government at the expense of freedom of speech, and the independence of broadcast media in Taiwan, according to Liberty Times.

A representative from the Tzu Chi Culture and Communication Foundation is expected to attend a hearing of the National Communications Commission this week to discuss the matter further. 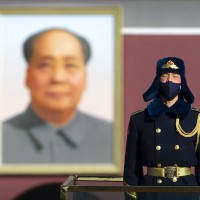 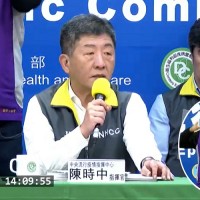