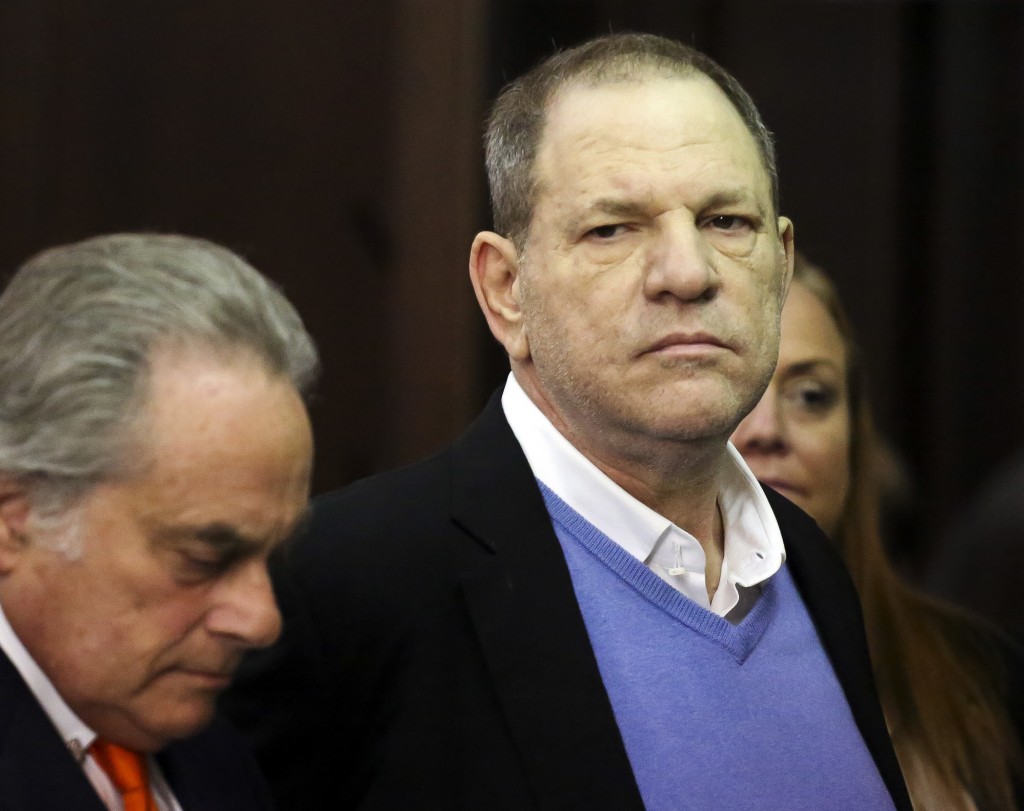 Yet as authorities work through dozens of cases against famous figures in entertainment and other industries brought on by the Weinstein-inspired wave that began in October, legal hurdles may make such prosecutions the exception.

While men including Kevin Spacey and Mario Batali remain under investigation, the next round of charges could well be against Weinstein again, who also is facing scrutiny from authorities in Los Angeles and London.

One expert said prosecutors in those jurisdictions are unlikely to stand down or shift priorities knowing that Weinstein is now charged with rape and another felony sexual assault in New York, where he pleaded not guilty Friday.

"You never know what's going to happen with the case there," said Stacey Honowitz, a longtime prosecutor of sex crimes in Broward County, Florida. "We don't go easy. Nobody's going to drop the ball and let New York do it."

She said it is more likely that authorities in other cities will be energized, and able to build off the charges.

Stanley Goldman, a professor at Loyola Law School in Los Angeles, said last month's conviction of Bill Cosby's for sexual assault dating to 2004 has likely been propelling prosecutors forward in other places.

"I think perhaps the Bill Cosby conviction really gave them hope that the atmosphere may have changed, in the older cases where this has been hard to prove, that maybe they've got more of a chance now," Goldman said Friday.

Los Angeles police said in December that they were investigating 27 entertainment figures, but none have yet resulted in arrests. And LA County prosecutors launched a task force in November to evaluate cases, but so far it has brought no charges.

The biggest obstacles by far are statutes of limitations, which have had special prominence amid the #MeToo and Time's Up movements because so many of the incidents involve women working up the courage to come forward after years of silence.

Hundreds of women have alleged varying degrees of sexual misconduct from Oscar-nominated writer and director James Toback, yet prosecutors declined in April to bring criminal charges against him in the five cases they reviewed, citing expired statutes of limitations in every case.

California, joining other states, recently eliminated its statute of limitations for rape, making the law a closer match for the #MeToo era, but most cases from before the changes are unaffected.

Goldman said in the past the principle has been that it's disruptive and unbalancing to society to go back and prosecute older crimes.

"If you're dealing with Kevin Spacey," Goldman said, describing the thinking, "it's disruptive to pull somebody like that out of society after all these many years where people have worked for them, and are supported by them."

That has been the case so far with several high profile cases presented to prosecutors, all of which emerged after Weinstein's downfall.

Prosecutors declined to file charges against Roman Polanski over allegations by a woman who reported in October that the Oscar-winning director molested her when she was 10 years old in 1975. Polanski's attorney has denied the allegations. Los Angeles prosecutors cited the statute of limitations, but still want Polanski to return to the United States to face sentencing in a case in which he sexually assaulted a 13-year-old girl in 1977.

A case against Hollywood agent Adam Venit, who actor Terry Crews alleged groped him at a party in February 2016, was also rejected. Crews did not report the incident until November 2017, and prosecutors said that was too late.

Earlier this week, prosecutors rejected charges in four cases it reviewed against talent agent Tyler Grasham, who has been accused of the sexual assault of men and boys as young as 15 in the film industry. Prosecutors cited the statute of limitation in two of the cases, a lack of evidence in one, and referred the fourth for possible misdemeanor prosecution.

Goldman said however the thinking around sexual crimes appears to be changing, and they are now being grouped with more serious crimes like murder.

In addition to Weinstein, there are several high-profile open cases that could still lead to criminal charges.

New York police are investigating Batali after a woman told "60 Minutes" that he drugged and sexually assaulted her in 2005. The celebrity chef denies assaulting the woman, but he is already facing business ramifications — three of his Las Vegas restaurants will close in July and his business partners have said they are actively negotiating to buy him out.

Steven Seagal also remains under investigation after a woman said the action star sexually assaulted her at a casting session at a Beverly Hills hotel room in 2002, when she was 17 years old. The actor's attorney says he adamantly denies the allegations.