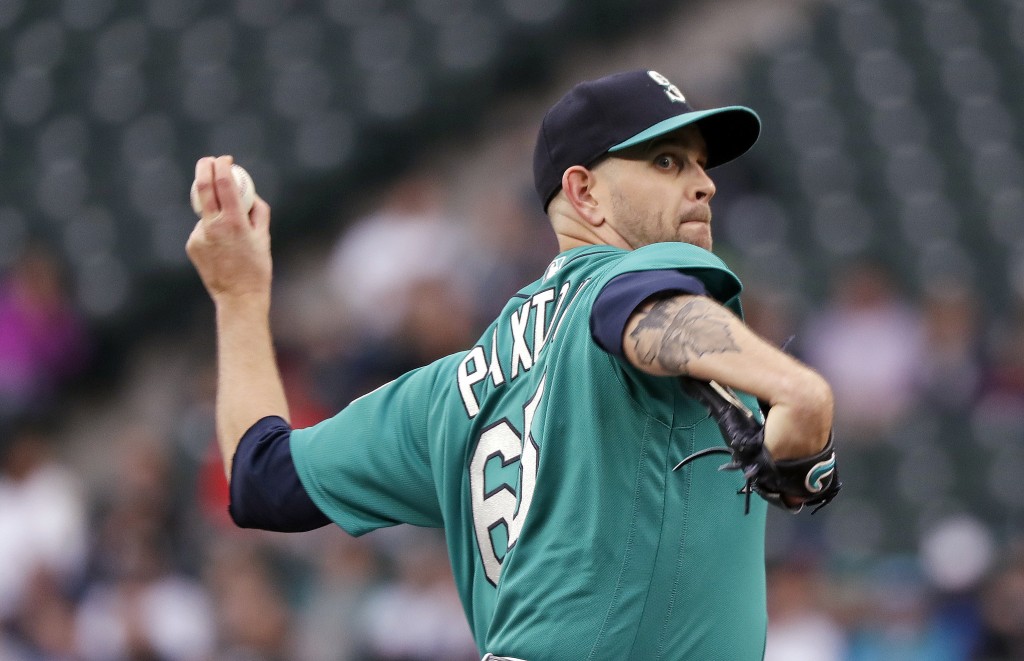 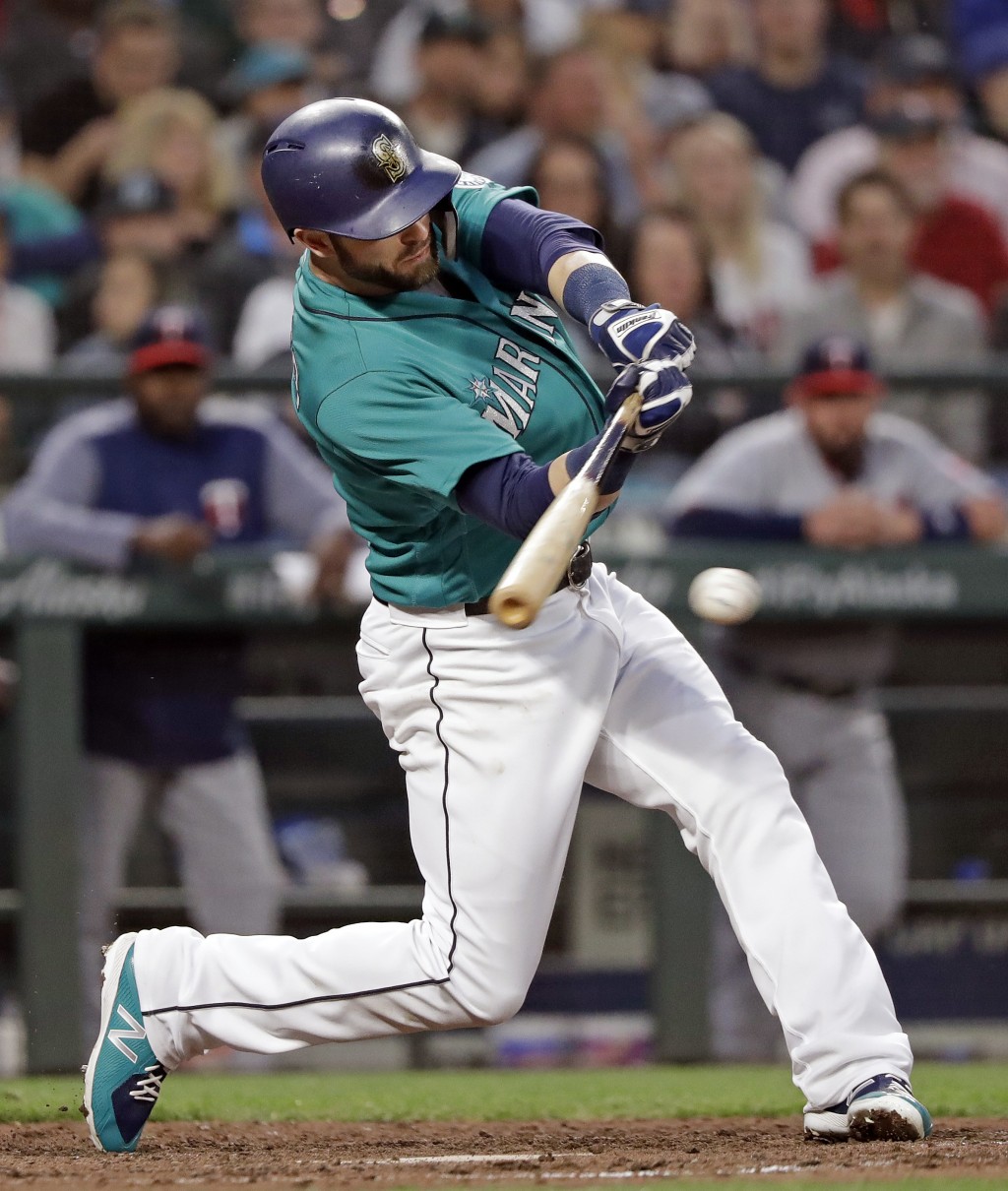 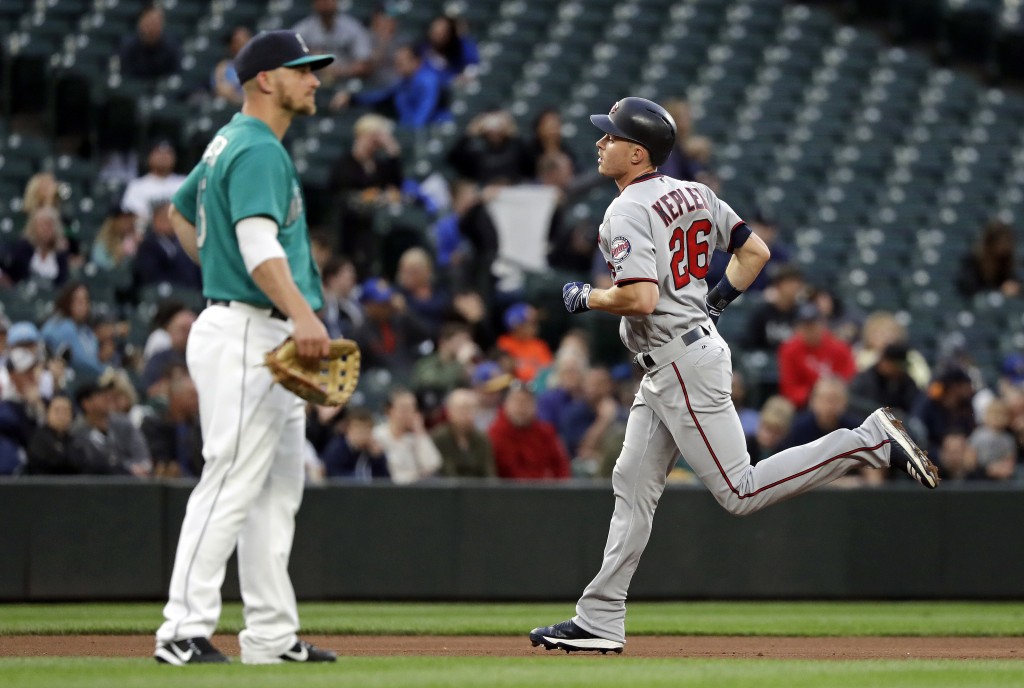 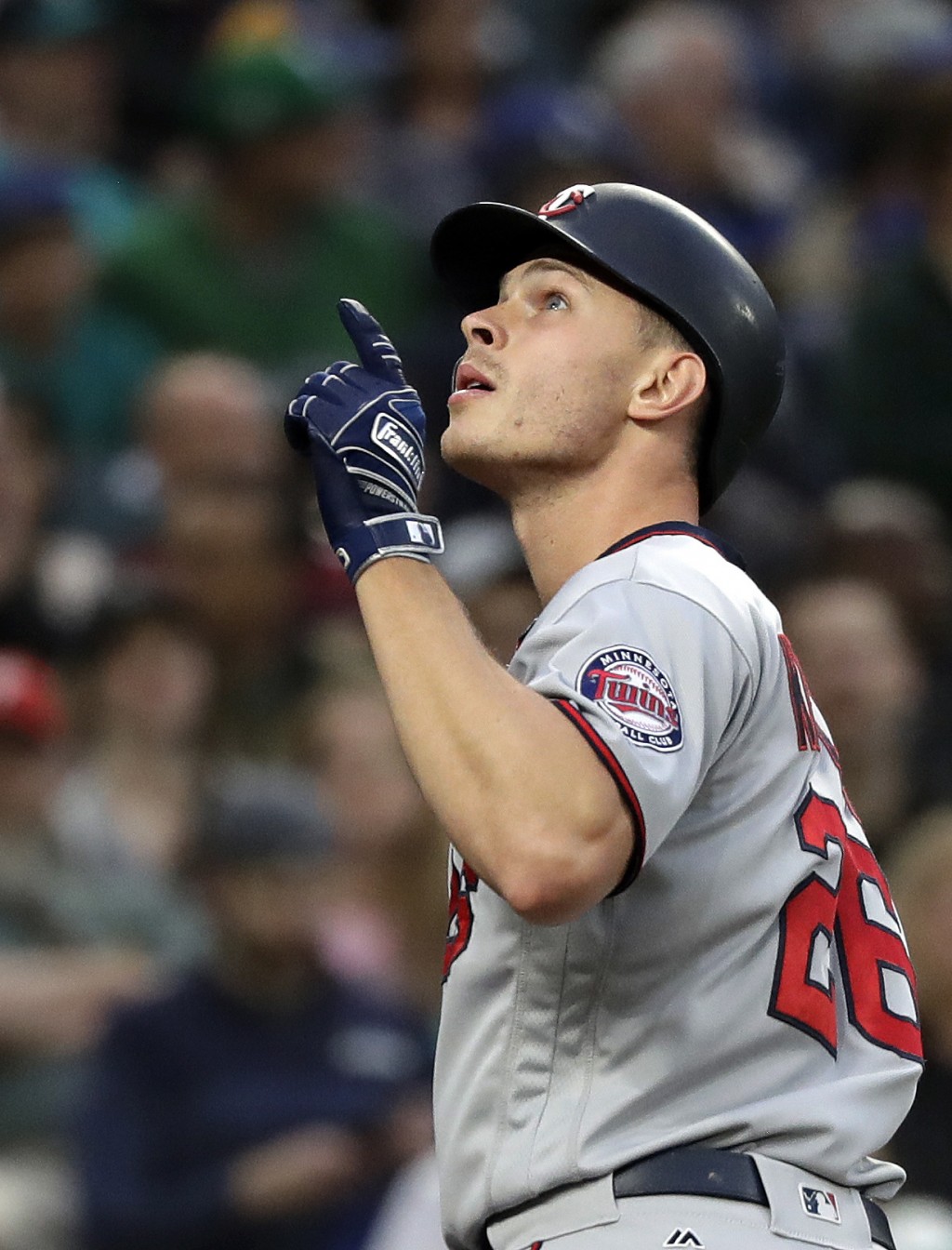 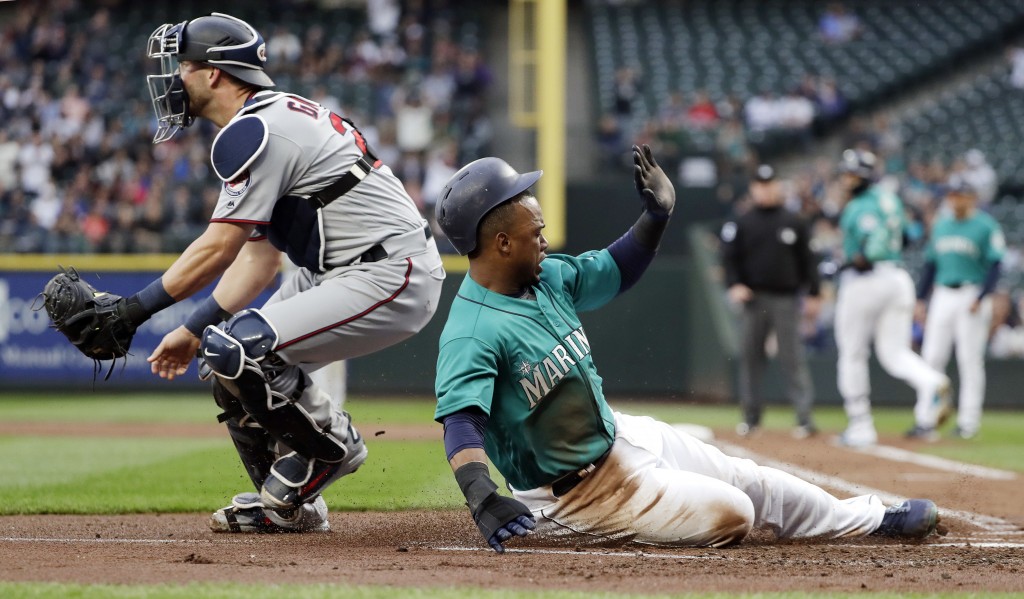 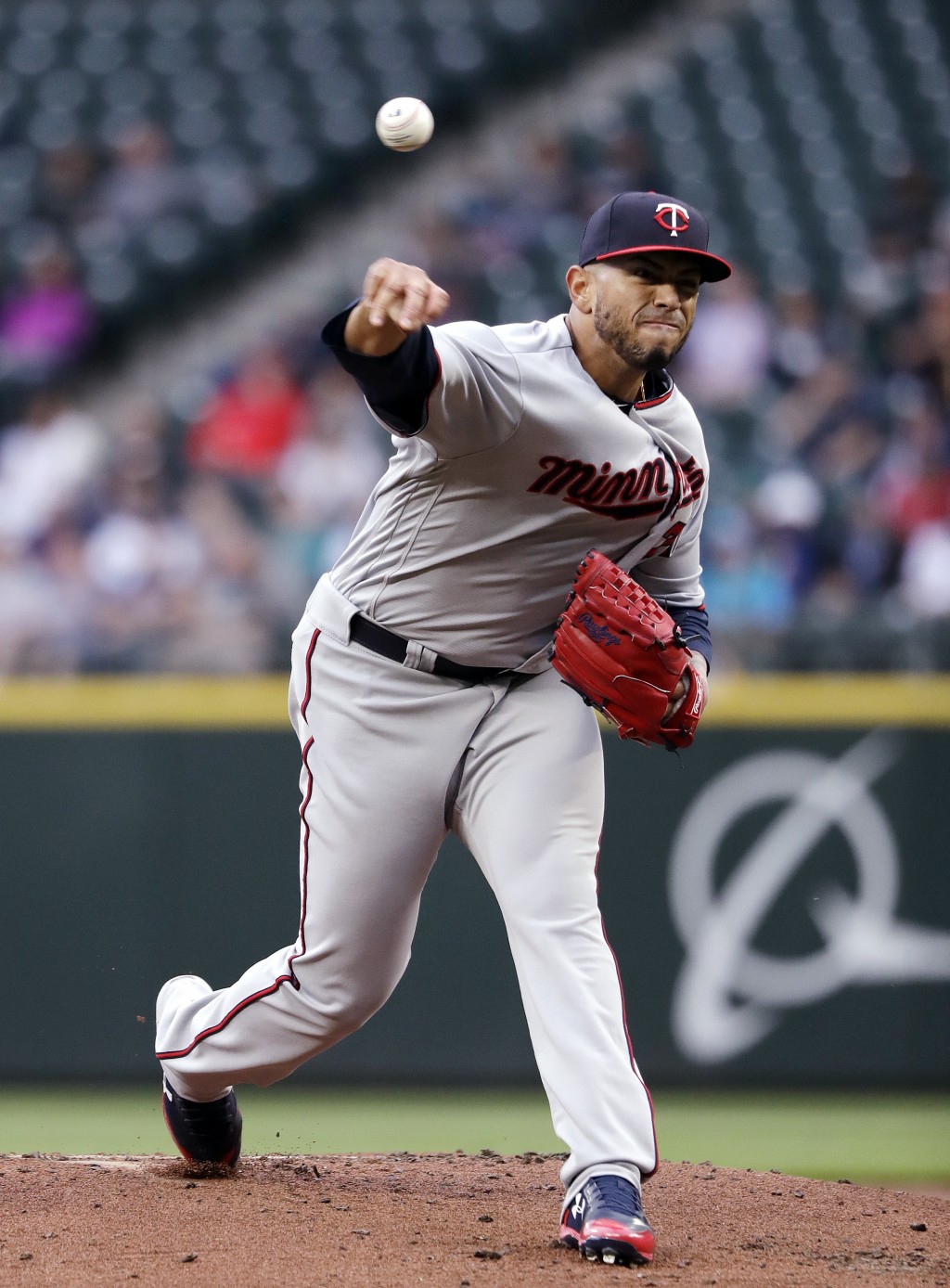 SEATTLE (AP) — James Paxton continued his dominant month by allowing one run in seven innings and striking out 11, and Mitch Haniger's two-out RBI single in the sixth inning helped give the Seattle Mariners a 2-1 win over the Minnesota Twins on Friday night.

Seattle won its 14th one-run game, thanks largely to another strong performance by Paxton. The lefty allowed just three hits — two of them to Max Kepler — and didn't walk a batter adding to a magnificent May that has been the finest month of his career.

In four of his five starts this month Paxton (4-1) has pitched at least seven innings. He has a pair of complete games, including the first no-hitter of his career, and has allowed a combined five earned runs in 38 innings with 46 strikeouts.

Paxton's one mistake was Kepler's home run leading off the fifth inning on a slider in the middle of the plate. Paxton had retired the previous 12 batters before Kepler's seventh homer of the season. He finished the inning by striking out the side — the second time he did that to the Twins — and completed his night after throwing 103 pitches.

Nick Vincent bridged the eighth and Edwin Diaz pitched the ninth for his AL-leading 18th save.

Minnesota starter Fernando Romero (2-1) was nearly the equal of Paxton. Making just his fifth career start, the 23-year-old right-hander allowed just five hits in seven innings and struck out seven. The timing of those hits was the issue.

Jean Segura led off the bottom of the first with a single, stole second and scored on Nelson Cruz's two-out single. Romero retired 10 straight following Cruz's hit, but ran into trouble in the sixth. He walked Guillermo Heredia on a 3-2 pitch with two outs and a wild pitch advanced Heredia to second base. In his previous at-bat, Haniger hit into the shift grounding out to Brian Dozier playing on the shortstop side of second base. This time, Haniger hit behind the shift, grounding a single into center field and scoring Heredia with the go-ahead run.

Seattle made the first major trade of the season, acquiring outfielder Denard Span and right-handed reliever Alex Colome from Tampa Bay in exchange for minor-league pitchers Andrew Moore and Tommy Romero. Span is expected to be Seattle's regular left fielder while Colome was an All-Star in 2016 and a major boost to the bullpen.

Twins: Minnesota manager Paul Molitor was hopeful Joe Mauer (cervical strain) would be able to start hitting this weekend back in Minnesota. Mauer is not expected to join the Twins on the road trip, but has been doing light cardio work the last few days.

Mariners: 2B Dee Gordon (fractured toe) hasn't started running yet, but was feeling well enough Friday to take some groundballs and begin light hitting in the cage. Manager Scott Servais remains optimistic Gordon won't miss much more than the 10 days of his stint on the disabled list.

Twins: Jake Odorizzi (3-2) has struggled in his career against Seattle. He's 1-3 with a 4.11 ERA in seven previous starts against the Mariners. He threw six shutout innings vs. Seattle on May 14.

Mariners: Wade LeBlanc (0-0) is still searching for his first victory of the season. But LeBlanc has been solid since moving into the rotation and has allowed just three earned runs in his four starts.