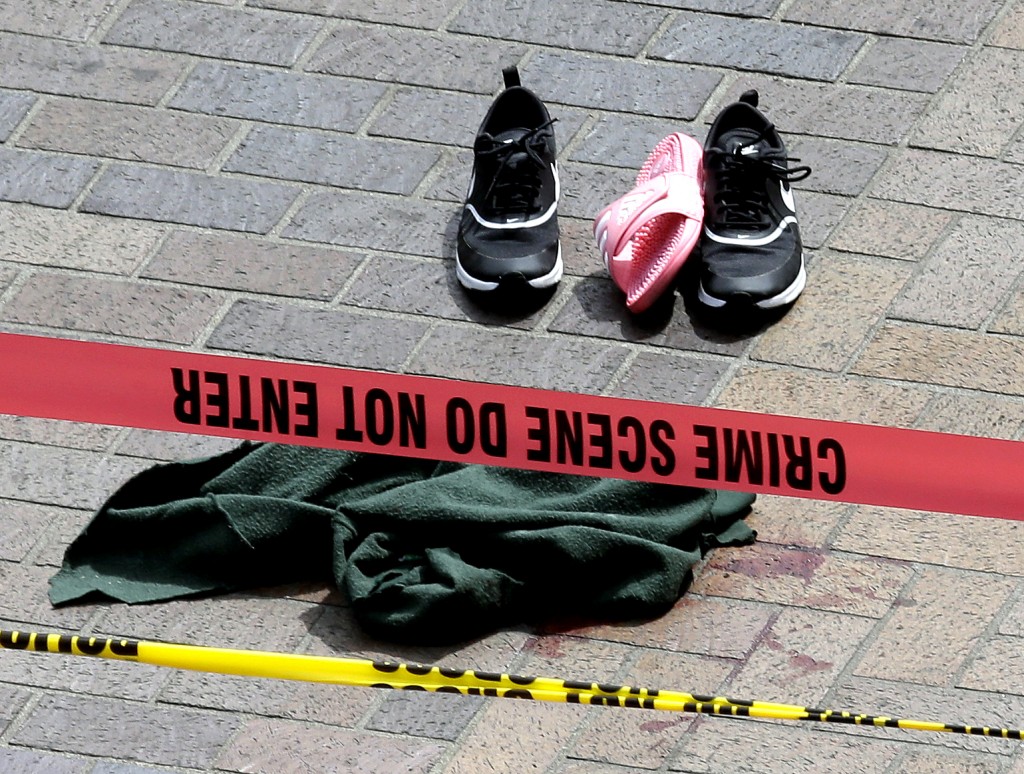 He did not provide a description of the vehicle, but witnesses described it as a blue sport utility vehicle.

"We do not know at this time if it was intentional," Burley said.

A witness, Christopher Bond, said he was standing on the sidewalk when he saw a newer SUV hit at least two women. He estimated it was traveling about 45 mph (72 kph).

Bond said he turned to help, and the driver "gunned it," nearly hitting him.

Another witness, Kat Caputo, was talking to a friend by a light-rail station when she heard a commotion and turned around. She saw two women lying on the sidewalk and another leaning against a brick wall. Others were shouting that a car had jumped the curb, struck the women and sped away.

One of the women appeared to have serious back injuries, she said.

Police cordoned off several blocks around the scene. A green sweater, a pair of sneakers, a pink slipper and one black bike glove lay scattered on the sidewalk near a small splash of blood.