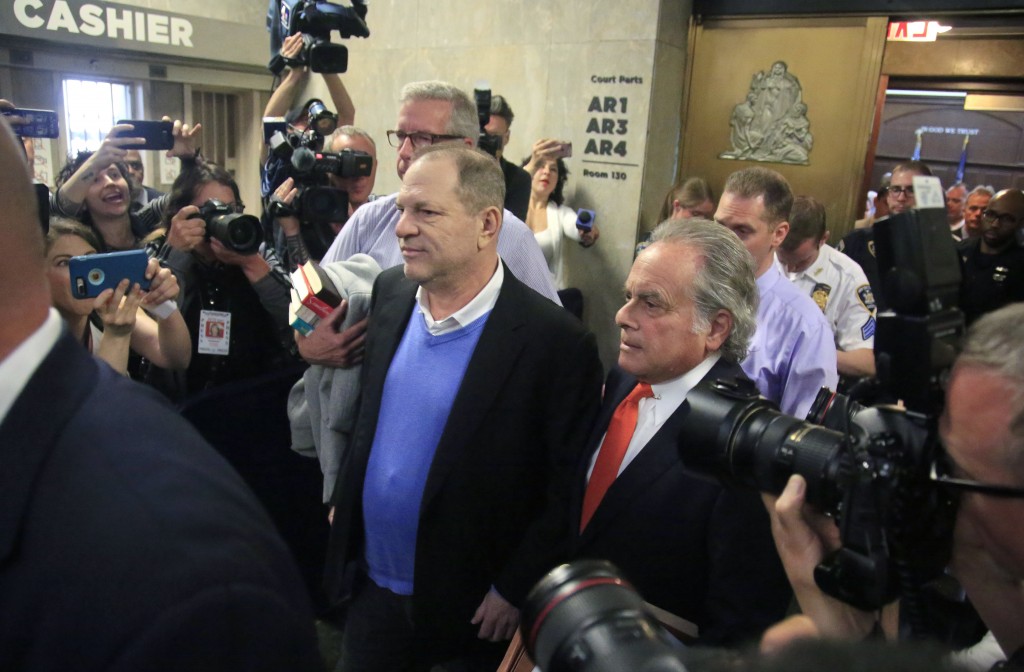 PARIS (AP) — A woman who claims she was a victim of Harvey Weinstein in two incidents in the 1990s said alleged survivors she's in touch with feel "elated" at his surrender and arrest Friday, but predicted he'll now "play hard and dirty."

Louise Godbold, a British woman living in Los Angeles, said the phenomenon of global support that has sprung up with allegations of sexual misconduct against Weinstein and others "was the honeymoon."

"Now, I think the attack is going to begin," she said in an interview with the Associated Press.

Weinstein was charged in New York on Friday with rape and a criminal sex act in attacks on 2 women.

More than 75 women have accused Weinstein of wrongdoing around the globe. Weinstein denies ever engaging in non-consensual sex.

Godbold, 55, who runs a trauma-training NGO in Los Angeles, recalled two confrontations in 1991 with Weinstein, in New York and Los Angeles, where he allegedly exposed himself to her. At the time, she was in the film industry in Europe and trying to break into Hollywood. She had known Weinstein since the late 1980s through a friend, and went to him seeking an internship.

In his New York offices, Weinstein "put my hand on his crotch," then chased her to the elevator and kissed her in front of his staff, she claimed. At the Beverly Hills Hotel, Godbold claimed that Weinstein "asked me for a massage and presented himself naked and then tried to massage me."

Godbold, now 55, said her cell phone lit up with messages from other alleged victims with Friday's developments, and "We're all elated."

She echoed numerous other women to explain why she did not press charges. "Unfortunately, I had been conditioned and socialized to believe that it was a horribly embarrassing gaffe. I wasn't raped." And, in the early 1990s, would police even take her seriously, she asked herself.

Despite the years, Godbold hasn't shaken what she describes as the traumatic recollections of a powerful man allegedly assaulting her, and she marveled at Friday's developments.

"Just the idea of him getting out of a police car with handcuffs is very satisfying because it makes it concrete," she said.

"We know that he has high-powered lawyers, that he's not above employing very dubious methods to extract information ," she said. "I think it's going to get dirty."

But the movement, #Metoo, that has grown out of women's pain is a "long overdue ... turning point" — and goes beyond sexual misconduct, Godbold said.