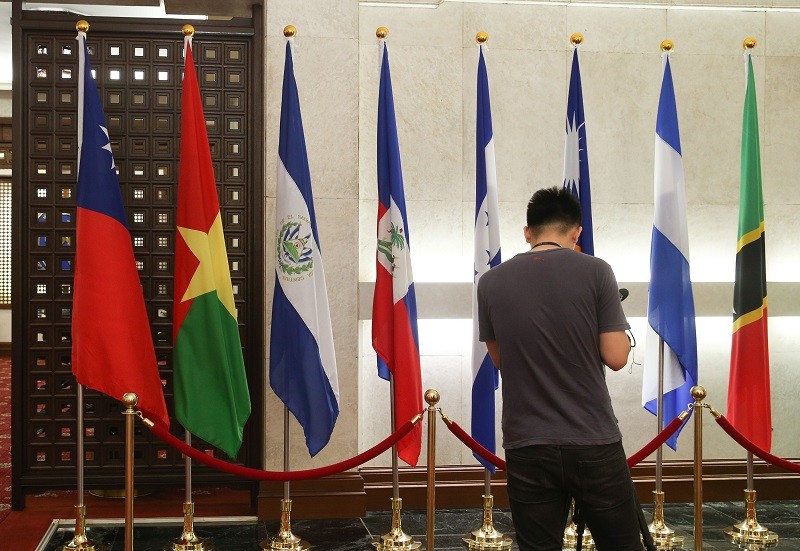 “This decision is guided by the firm desire of the government of Burkina Faso to defend the interests of Burkina Faso and its people in the concert of nations,” the ministry said in a statement.

The statement made no direct mention of China, which has been applying pressure on Taiwan’s allies around the world to cut diplomatic ties with Taiwan.

Taiwan originally had two allies in Africa, but now the Kingdom of eSwatini is the only country in Africa that still maintains diplomatic relations with Taiwan. Without Burkina Faso, Taiwan currently has only 18 allies around the globe.

Taiwan's Minister of Foreign Affairs Joseph Wu (吳釗燮) held an international press conference on Thursday night to announce the new diplomatic development. He said that Taiwan will cut ties with Burkina Faso immediately on the grounds of national sovereignty and dignity. stop all bilateral exchange plans, vacate its embassy and recall all medical aid corps in the country.

He also said he was indignant at Burkina Faso's diplomatic flip-flop and has tendered his resignation to President Tsai Ing-wen to take political responsibility.

Wu took the helm of the Ministry of Foreign Affairs on February 26, and in less than three months two countries severed ties with Taiwan, which he called a big setback for the ministry. The Dominican Republic announced its switch of diplomatic allegiance from Taiwan to China at the end of April.

In response to the diplomatic setback, President Tsai announced immediate termination of diplomatic ties with Burkina Faso in a press conference around 8:50 p.m. Alluding to China's interference as the cause of the diplomatic change, she said that China’s oppression of Taiwan revealed China’s insecurity and lack of self confidence as Taiwan is making strides in solidifying substantial economic and security relations with other countries that share basic concepts with Taiwan, including the United States.

The examples of Chinese oppression of Taiwan Tsai cited include frequent Chinese warplanes circling the island, stealing Taiwan’s diplomatic allies around the world with big money, pressuring international companies to change their names that bear the moniker of Taiwan, and the Chinese effort to prevent Taiwan’s participation in the WHA.