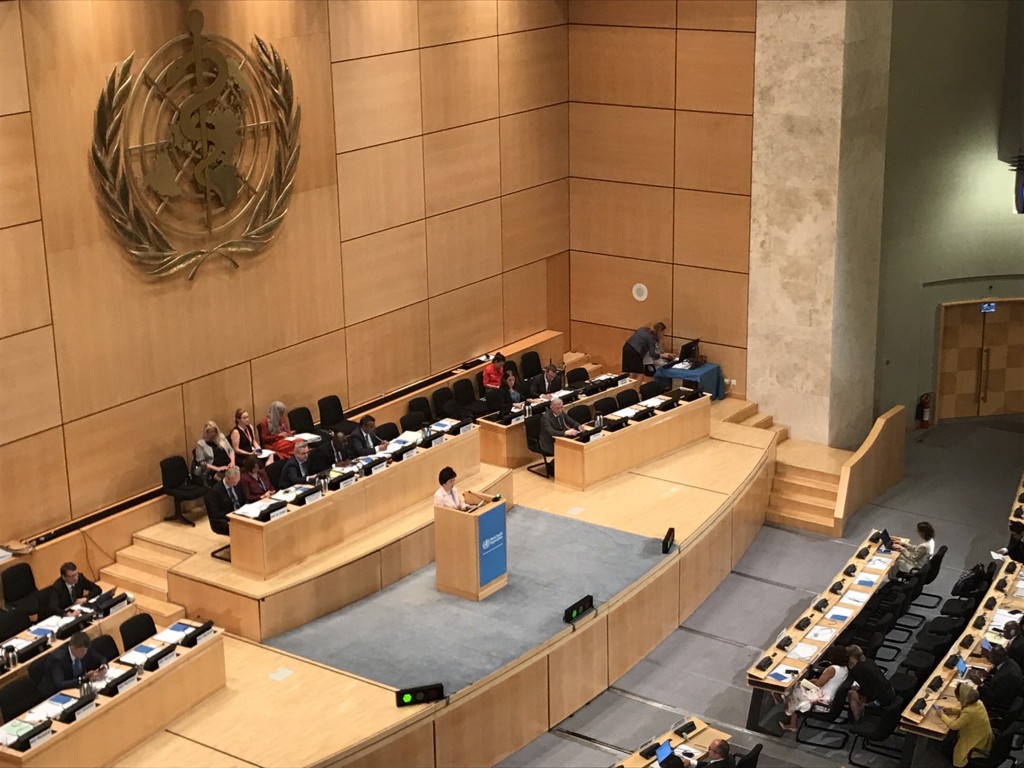 TAIPEI (Taiwan News) — The U.S. representative to the World Health Assembly (WHA), said Tuesday (all times local) it was “disappointing” that Taiwan was excluded from the WHA.

It is the second consecutive year that Taiwan was not invited to the WHA, which kicked off on May 21 in Geneva, due to pressure from Beijing.

In the face of the Chinese government's continuous assertion of the so-called "one-China" principle within the World Health Organization (WHO), Taiwan President Tsai Ing-wen (蔡英文), in rarely seen harshly worded remarks on Tuesday, ascribed the shutout of Taiwan from the WHA to the “political interference from the other side of the Taiwan Strait.”

Following the support expressed by representatives from Canada, New Zealand, and Germany, more countries joined forces to pledge support for Taiwan’s WHA participation on the second day of the gathering on Tuesday morning.

U.S. Secretary of Health and Human Services Alex Azar, explicitly said, “It is again disappointing that Taiwan was not invited to observe the WHA.”

“It is difficult to reconcile our shared concern over cross border infectious diseases with excluding representatives of the 23 million of Taiwan from this gathering,” continued Azar.

Glenys Beauchamp, Australia’s Secretary of the Department of Health, said, “In this interconnected world, it is in our interests that the WHO and its decision-making body, the World Health Assembly, does not exclude populations.”

“Inclusivity has never been more important as we all work towards the realization of the health-related sustainable development goals,” added Beauchamp.

Similarly, Michiyo Takagi, Japan's representative, said, “As the world has become more globalized, and the threat of infectious diseases that may spread beyond borders has been increasing, we assume that we should not make geographical blank by leaving a specific region behind.”

The above statements were provided by Taiwan’s Ministry of Foreign Affairs (MOFA), and relative contents can be found on the live streaming section of the WHA website.

MOFA, in a statement, emphasized that only the Taiwan government, elected by the Taiwanese people, can represent the 23 million population in the country regarding health issues and policies.