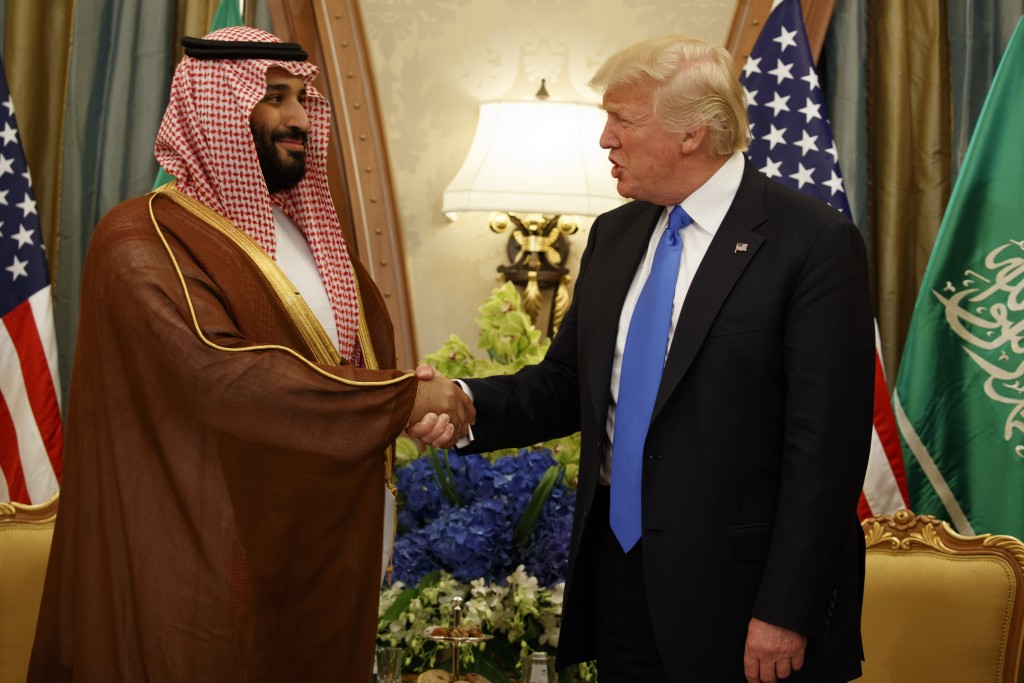 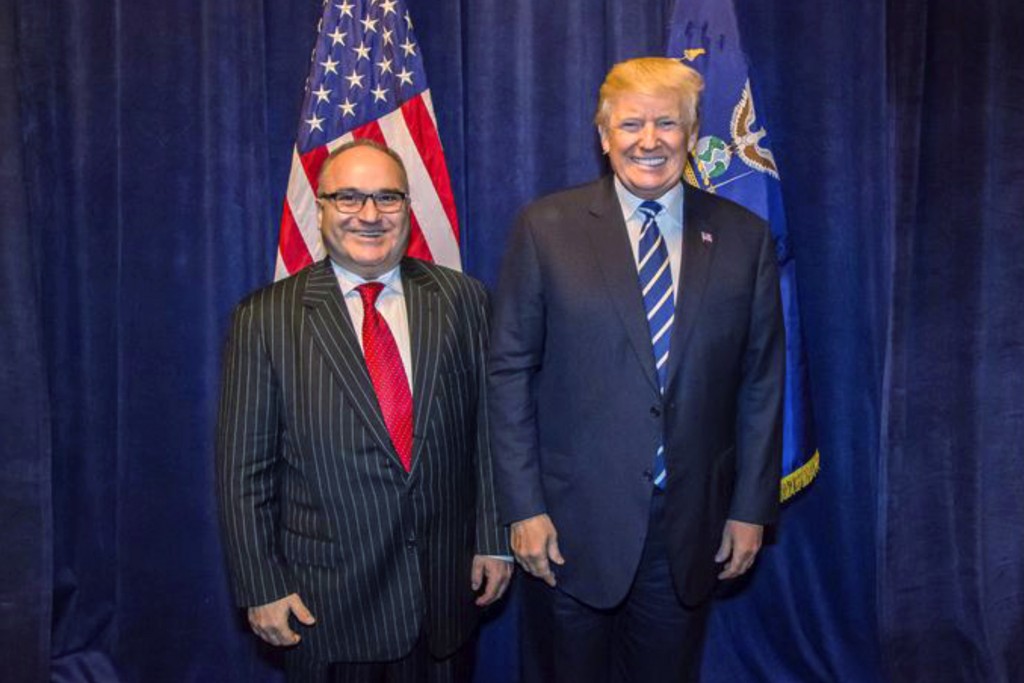 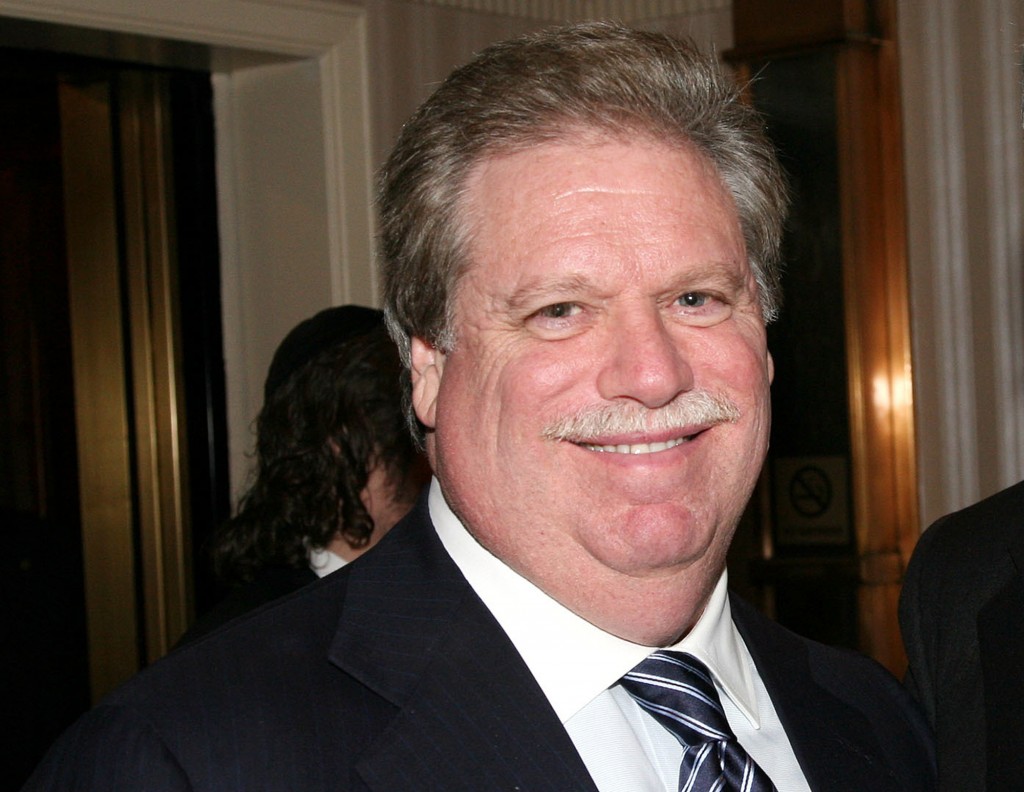 WASHINGTON (AP) — In a pursuit of money and influence that began at President Donald Trump's inauguration, two American businessmen sought to leverage connections that stretched from Persian Gulf palaces to the Oval Office into more than a billion dollars in contracts.

Elliott Broidy, one of Trump's top fundraisers, and George Nader, a Lebanese-American adviser to the crown prince of Abu Dhabi, advanced the agenda of Saudi Arabia and the United Arab Emirates at the highest levels of the U.S. government. Their goal was to persuade Washington to crack down on Qatar, a small Gulf country that Saudi Arabia and the UAE accused of supporting terrorism — even though Qatar is a U.S. ally that hosts critical military assets.

At the same time, Broidy and Nader angled for lucrative intelligence and defense contracts from the UAE and the Saudis, passing messages purportedly from the crown princes in both countries to Trump, according to an Associated Press investigation. The AP report is based on interviews with more than two dozen people and hundreds of pages of leaked emails between Broidy and Nader — including work summaries and contracting documents and proposals.

Last week, Saudi Arabia distanced itself from Nader and Broidy, saying it had signed no contracts with either of them — though it acknowledged there had been discussions with Nader. A senior Saudi official said Crown Prince Mohammed bin Salman ordered an end to "engagement with these people."

"We would not be surprised if they were telling people that they had our ear," said the official, who was not authorized to comment by name.

The UAE Embassy did not respond to requests for comment.

The cache of emails also reveals a previously unreported meeting with the president and provides the most detailed account yet of the work of two Washington insiders who have been entangled in the turmoil surrounding the two criminal investigations closest to Trump — the special counsel's Russia probe and federal prosecutors' scrutiny of hush money payments by Trump's personal attorney, Michael Cohen.

Chris Clark, an attorney for Broidy, said the AP's report "is based on fraudulent and fabricated documents obtained from entities with a known agenda to harm Mr. Broidy."

"The public education efforts conducted by Mr. Broidy involved no direction being taken by any foreign principal," Clark said in a statement.

The AP provided 53 pages of leaked emails to Broidy's lawyers. A second attorney, David Camel, listed one email as fraudulent and declined to elaborate. Neither lawyer provided evidence of fabrication.

The AP conducted an exhaustive review of the emails and documents, checking their content with dozens of sources, and determined that they tracked closely with real events, including efforts to cultivate the princes and lobby Congress and the White House against Qatar, which the partners called "the snake."

In Washington, lobbying in pursuit of personal gain is nothing new — Trump himself turned the incestuous culture into a rallying cry when he promised to "drain the swamp." Broidy's push to alter U.S. policy in the Middle East and reap a fortune for himself shows that one of the president's top money men found the swamp as navigable as ever with Trump in office.

Broidy's company ultimately won an intelligence contract with the UAE worth more than $200 million that could be extended to $600 million, according to one email. Efforts to win an even larger contract from Saudi Arabia fell through.

Nader later drew the attention of special counsel Robert Mueller. His investigators confronted Nader in January hours after the plan with Broidy bore fruit — a $36-million wire transfer from the UAE. Nader is now cooperating with Mueller's team.

While it is unclear if Mueller's investigation is looking into the partners' influence operation, Nader was a witness to a key moment of interest: a meeting in the Seychelles during Trump's transition that included a Trump adviser and a businessman close to Russian President Vladimir Putin.

Broidy was ensnared in an investigation into Cohen, Trump's longtime personal lawyer.

After prosecutors in New York raided Cohen's properties, it turned out that Cohen had represented Broidy as well as the president. He'd arranged for a $1.6 million payment to a Playboy Playmate who had an affair with Broidy.

The AP has previously reported that Broidy and Nader sought to get an anti-Qatar bill through Congress while obscuring the source of money behind their influence campaign — $2.5 million routed through an opaque Canadian company.

Neither Broidy nor Nader filed papers with the U.S. government under the Foreign Agents Registration Act, a law intended to make lobbyists working for foreign governments disclose their ties and certain political activities.

Broidy has maintained he was not required to register because his effort was not directed by a foreign client and came entirely at his own initiative. But documents show the lobbying was intertwined with the pursuit of contracts from the very start and involved specific political tasks for the crown princes — whose countries are listed as the "clients" for the lobbying campaign in a spreadsheet from Broidy's company, Circinus, LLC.

Clark, one of Broidy's attorneys, said his client had "complied with all relevant laws, including FARA."

Summaries written by Broidy of the two meetings he had with Trump report that he was passing Nader's messages from the princes directly to the president.

By November, the Trump administration hadn't swung as hard against Qatar as hoped. To pressure the White House and gin up more anti-Qatar opposition in Congress, Broidy claimed he'd arranged for a political operative to write a strategy memo to key Democrats attacking the Trump administration for being "soft" on Qatar's alleged support of terrorist financing. That memo was leaked to the press.

"Strictly Confidential - I completely made this happen. Completely different tact to put the necessary pressure!" Broidy wrote Nader in an email dated Nov. 10.

"Just between principals and us," wrote Broidy, referring to the crown princes. "We will crush the snake!"

David Caruso in New York contributed to this report.

Have a tip? Contact the authors securely at https://www.ap.org/tips