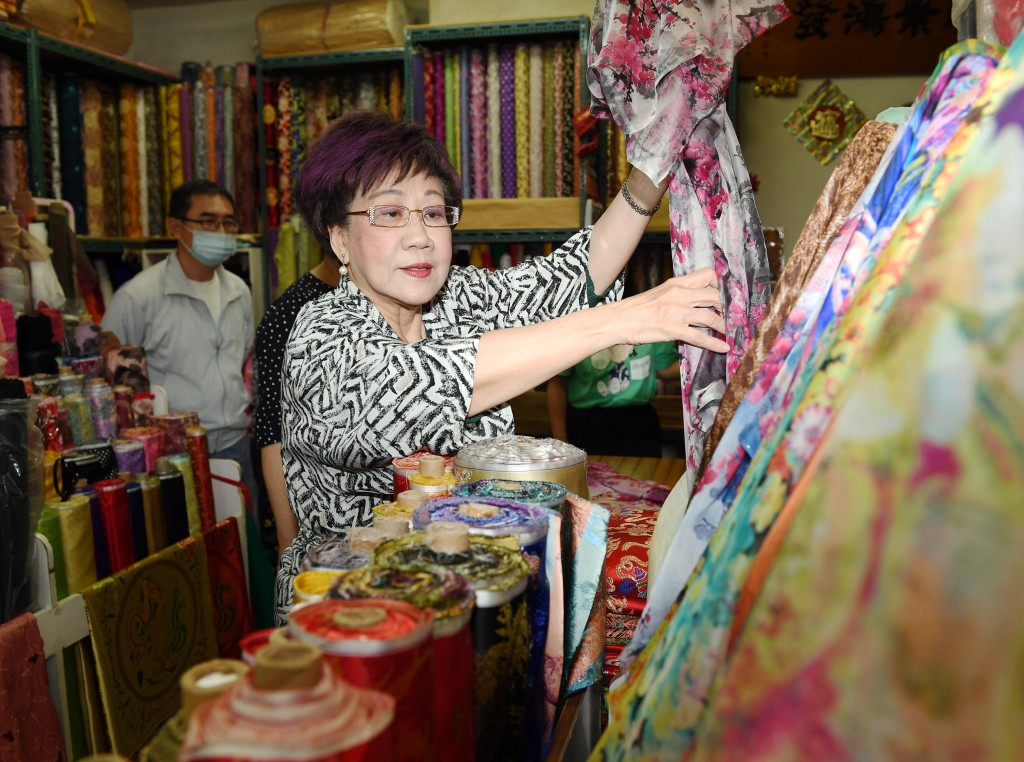 TAIPEI (Taiwan News) – As the ruling Democratic Progressive Party (DPP) is preparing to name a candidate of its own for the Taipei mayoral elections, one of the self-declared hopefuls, former Vice President Annette Lu (呂秀蓮), said Saturday she would drop out of the race if her party picked Chen Chu (陳菊), the current presidential secretary-general who ran Kaohsiung City for 12 years.

In 2014, independent Ko Wen-je (柯文哲) won a landslide victory with the backing of the DPP, but this week, the party decided it would choose a candidate of its own for the November 24 race.

However, media commentators feel the DPP might choose other heavyweights, such as Premier William Lai (賴清德), Culture Minister Cheng Li-chiun (鄭麗君) or Chen, who served as mayor of Kaohsiung, Taiwan’s second city, from 2006 until earlier this year. Chen herself has dismissed media claims she was planning to run.

During a visit to Taipei City’s historic Dihua Street area Saturday, Lu said that if Chen did run, she would absolutely step aside, though she added she did not believe the former Kaohsiung mayor would join the Taipei race.

Lu emphasized that she shared a common past with Chen, both women having fought for democracy and having been locked up as political prisoners together, the Central News Agency reported.

Ko is running for a second and final term, while the opposition Kuomintang has chosen former legislator Ting Shou-chung (丁守中).