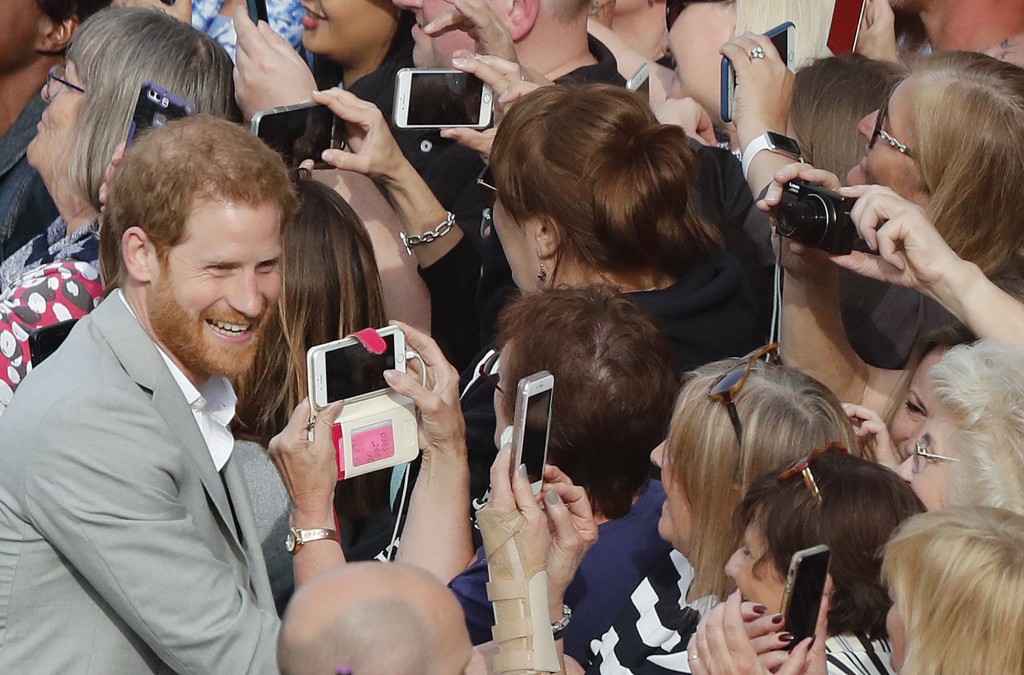 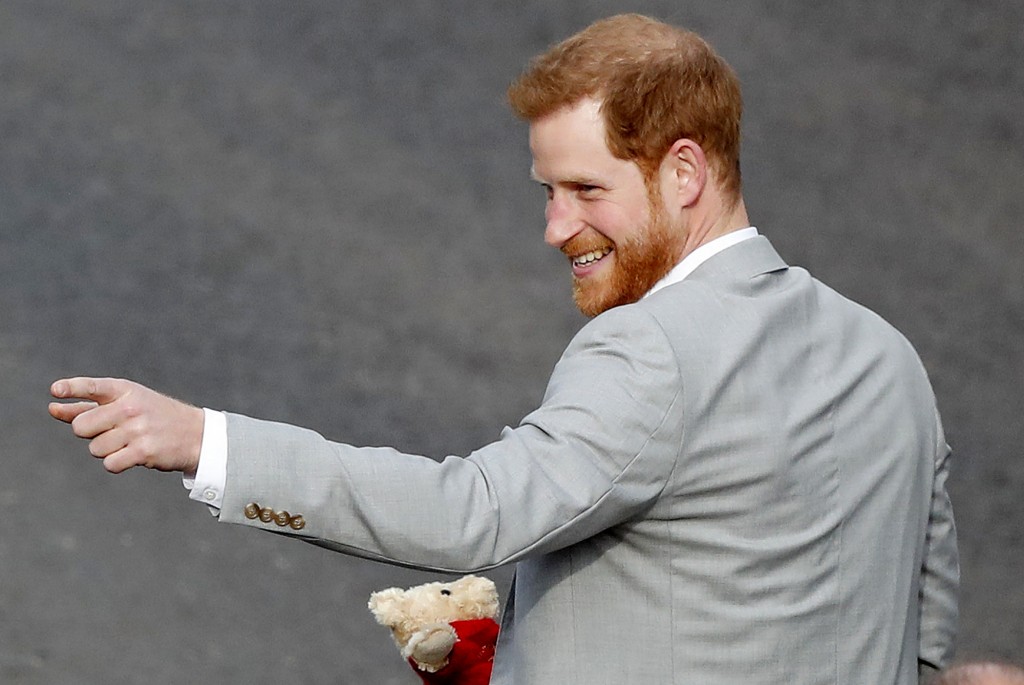 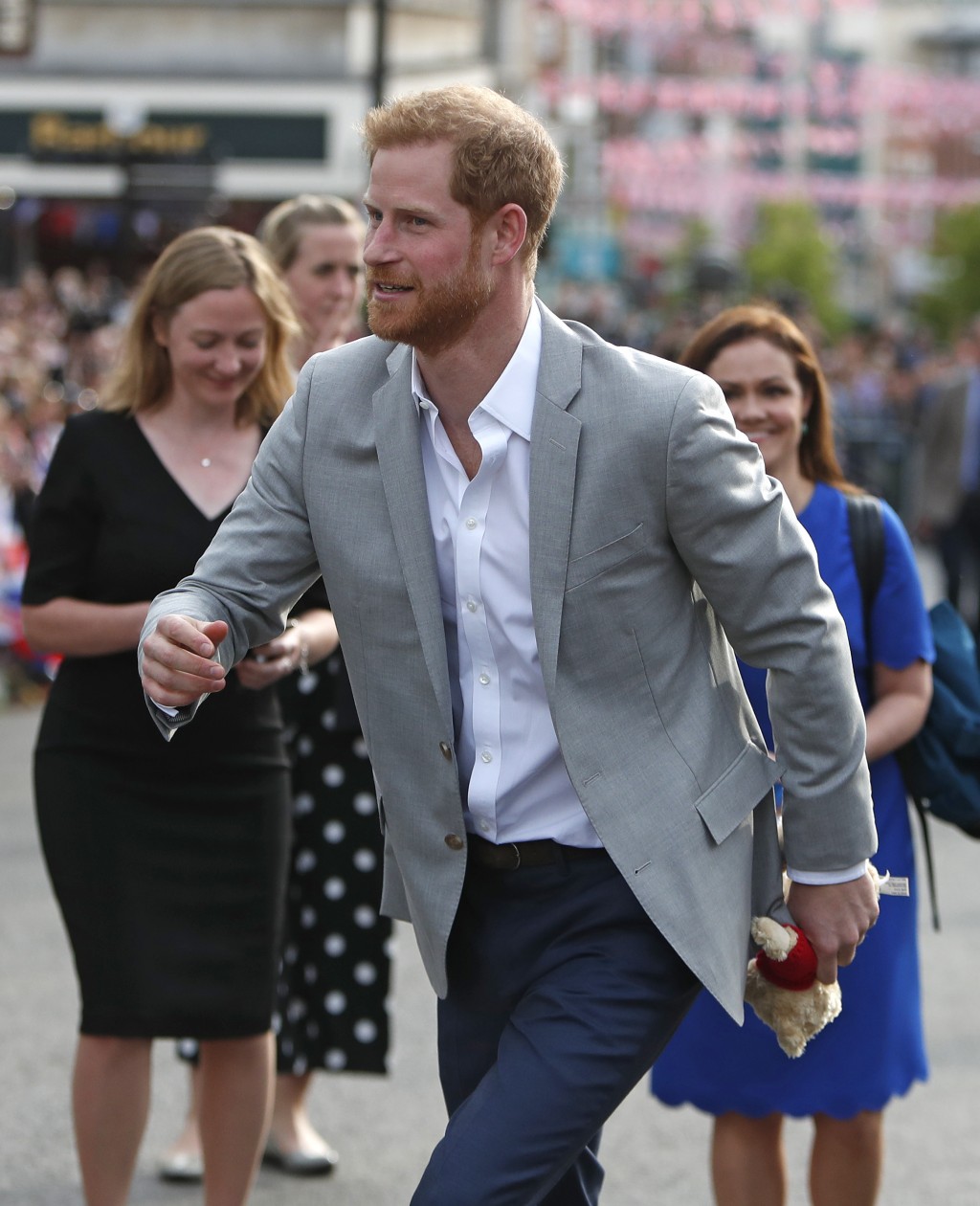 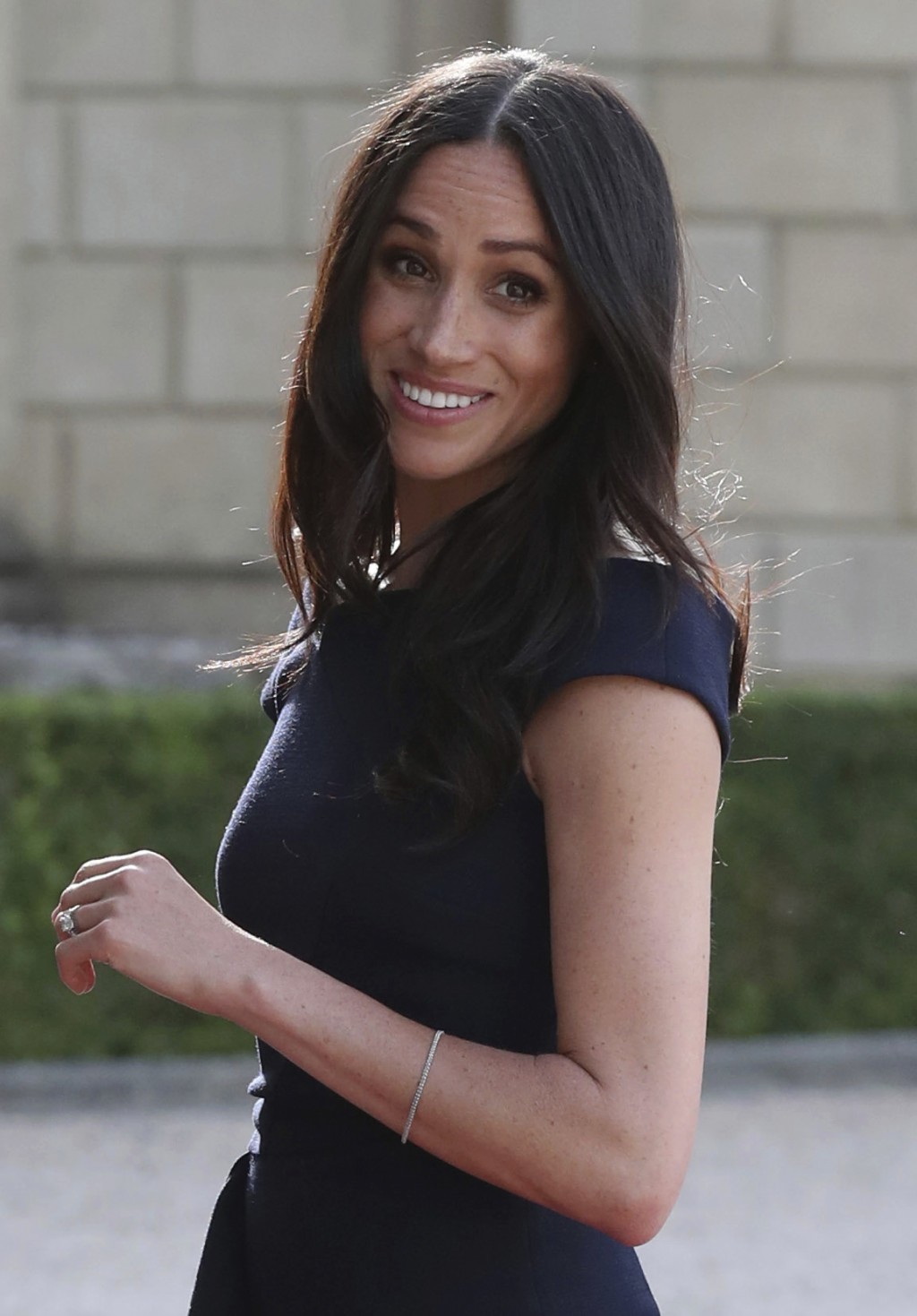 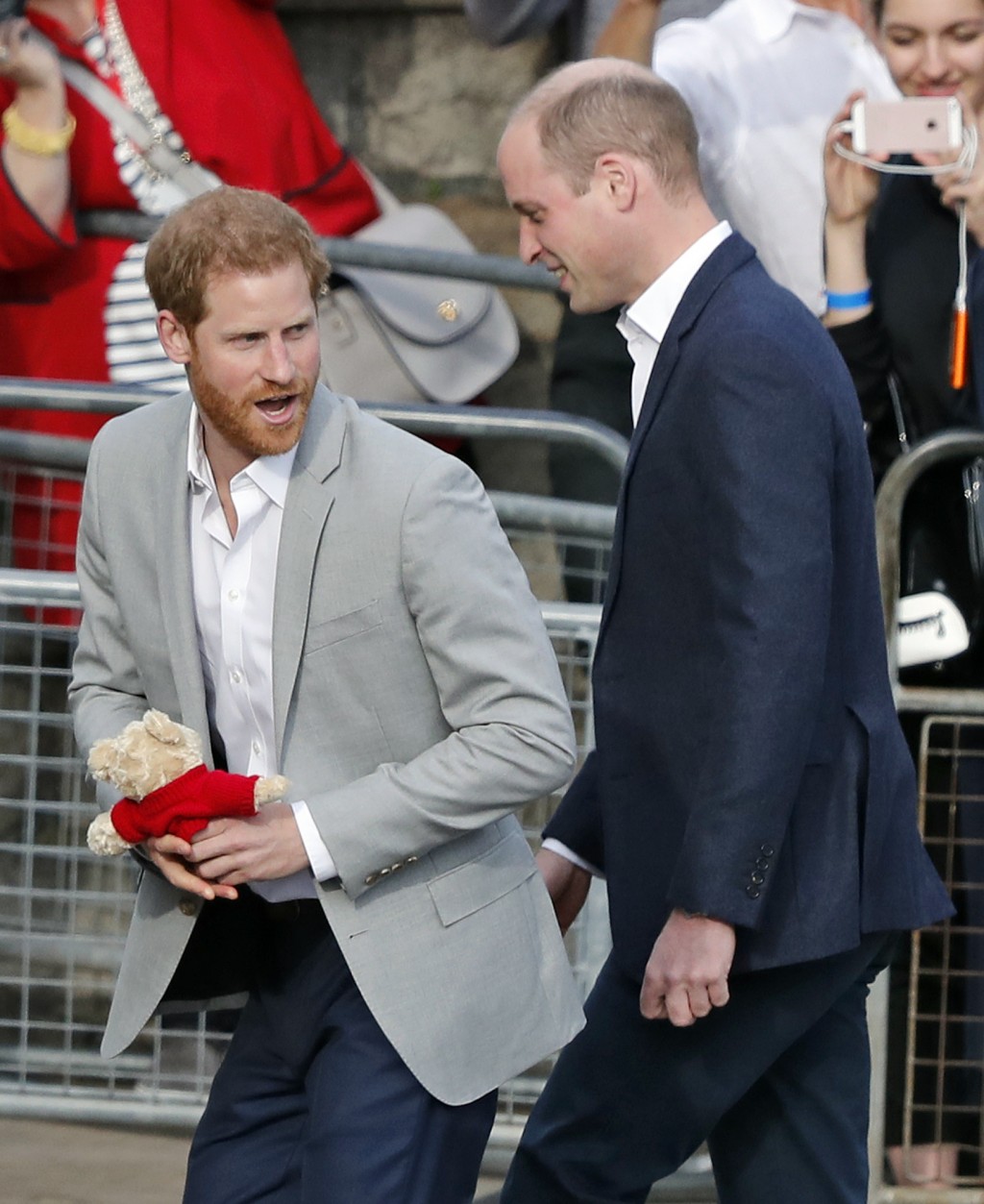 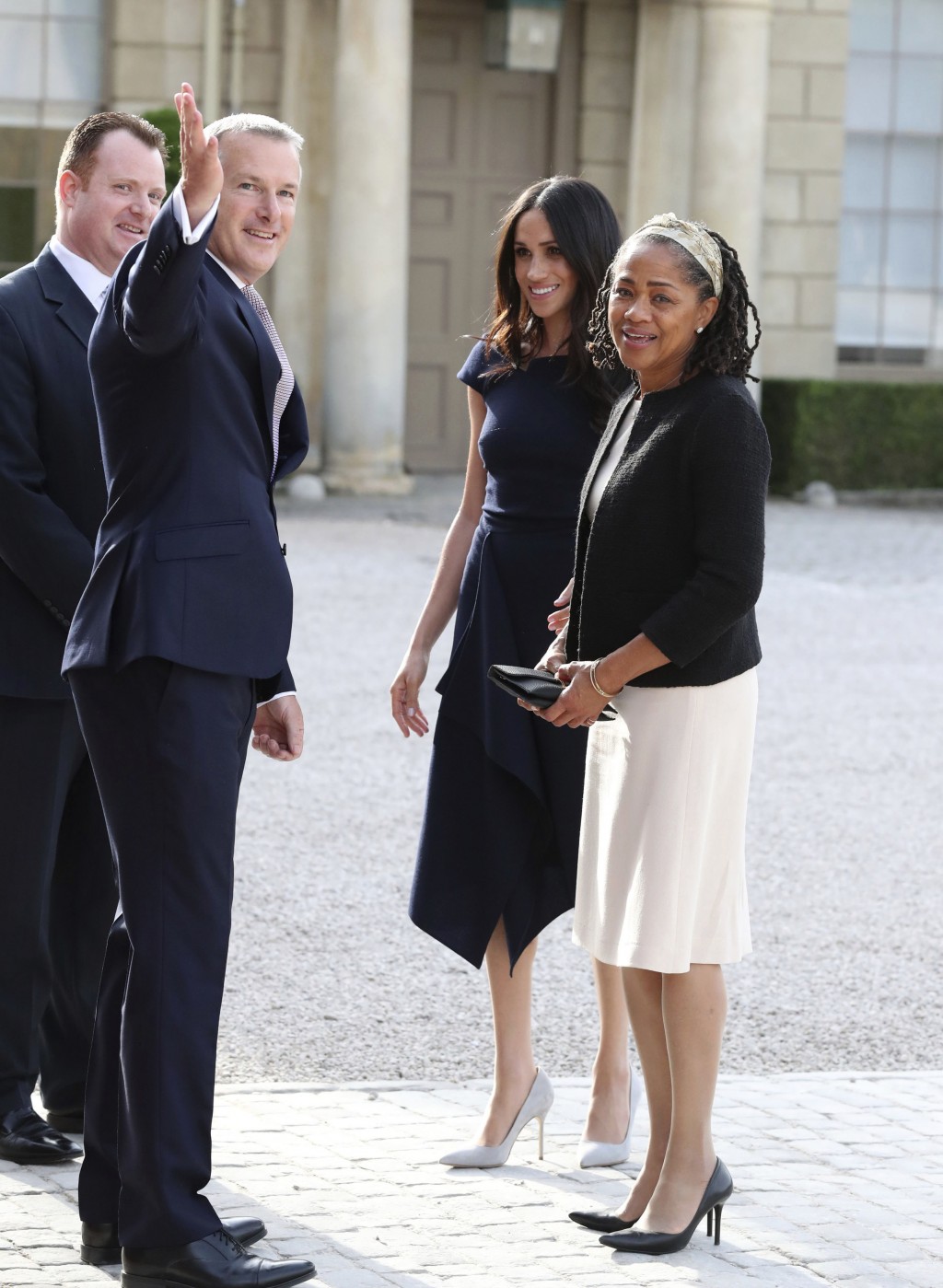 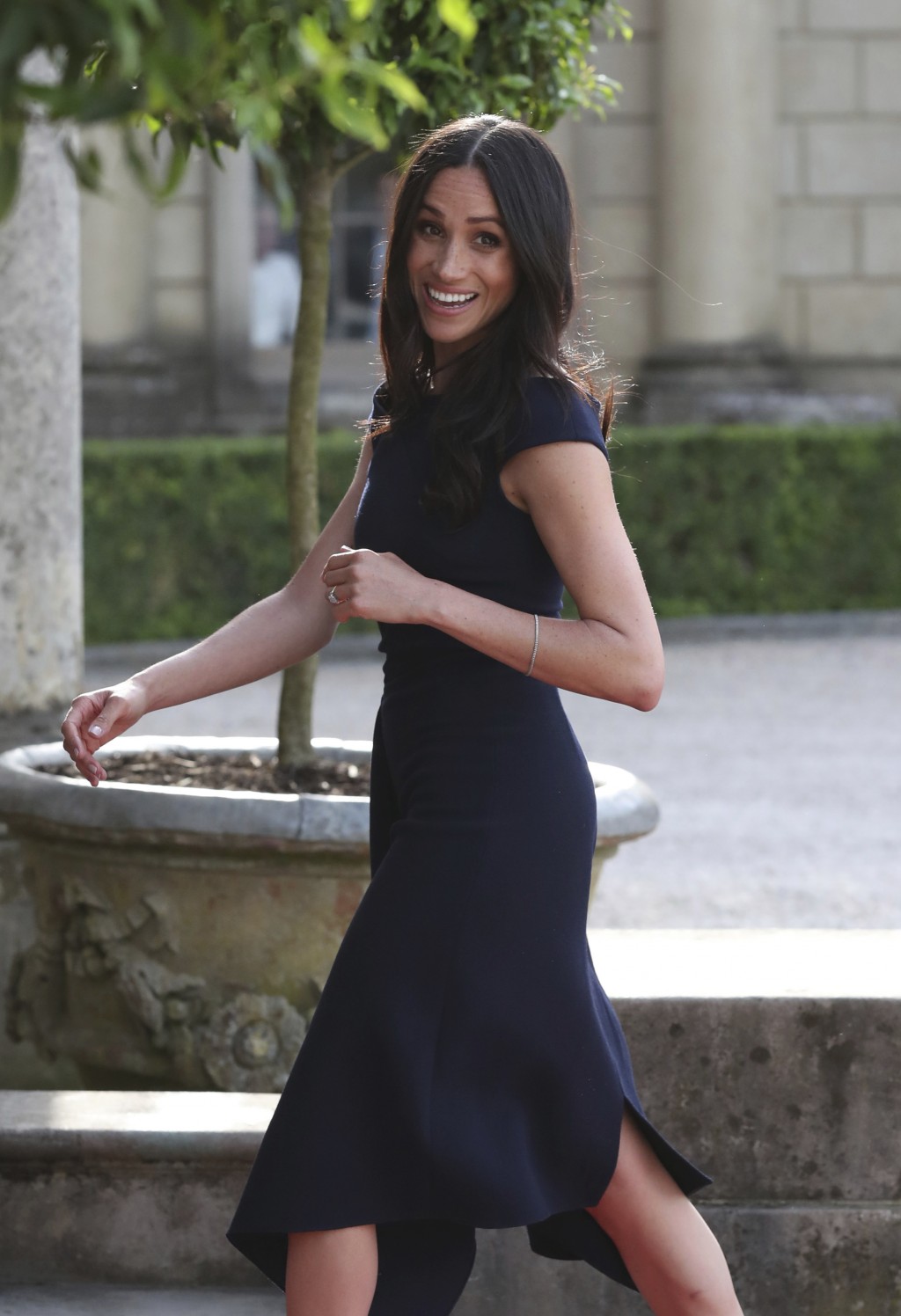 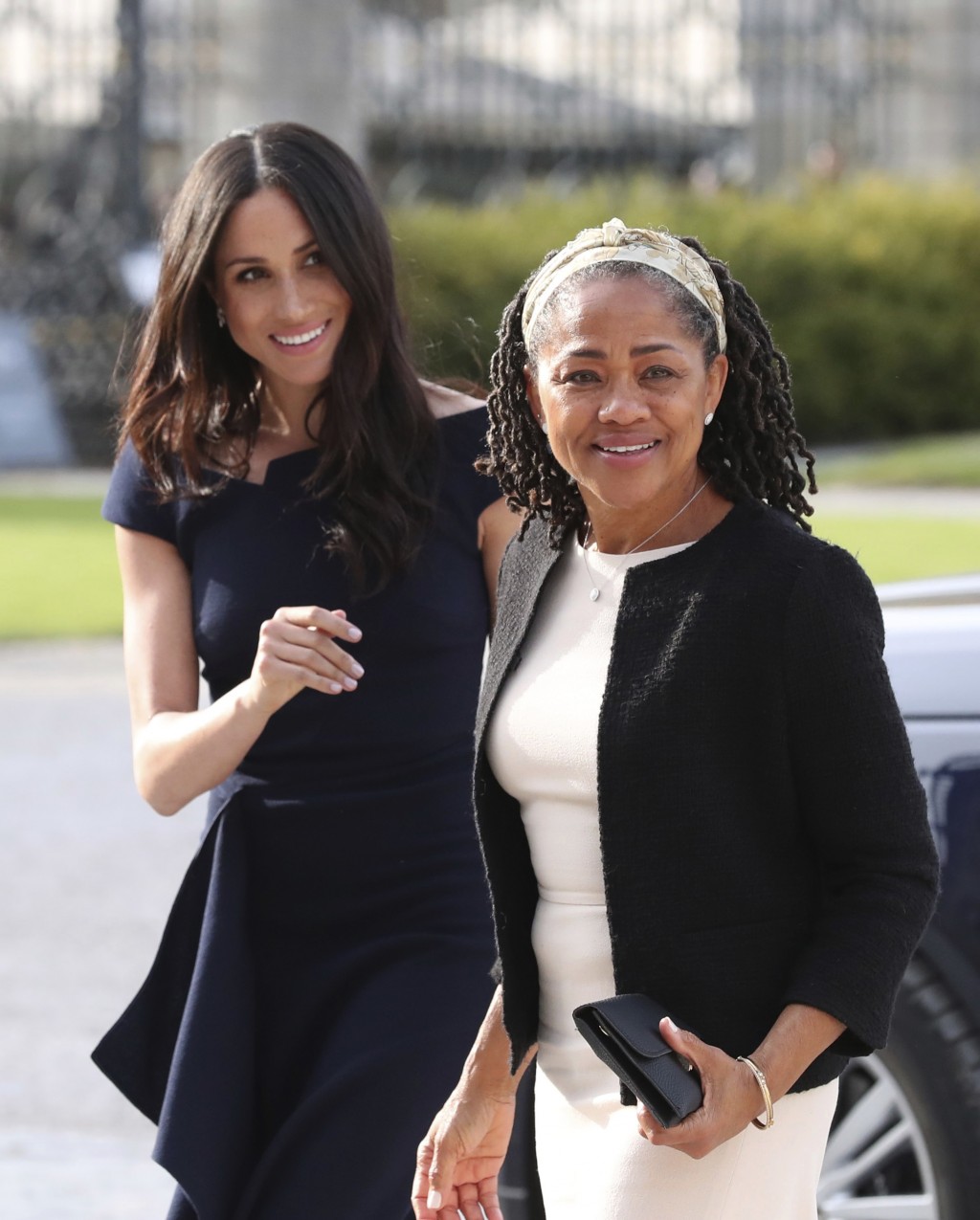 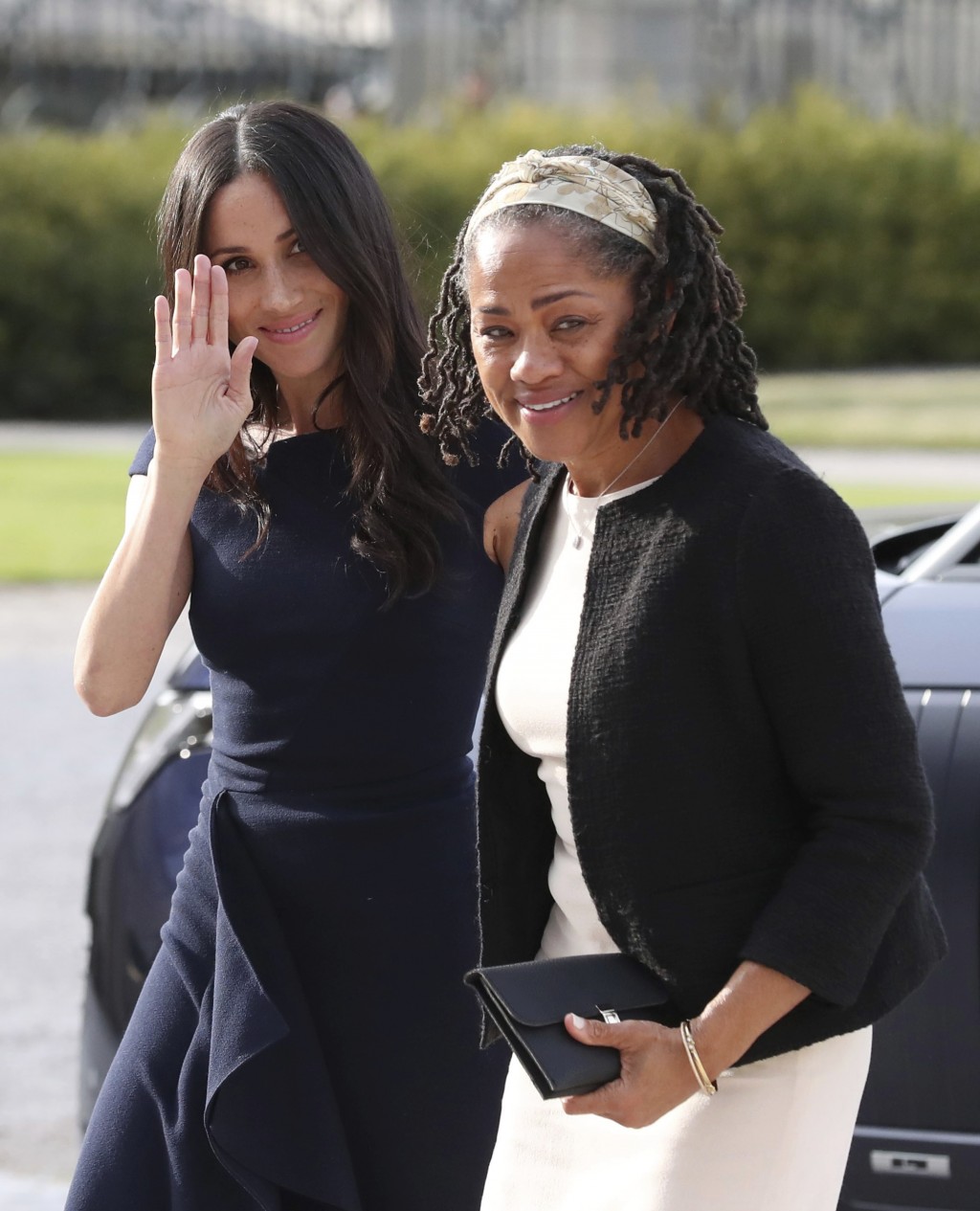 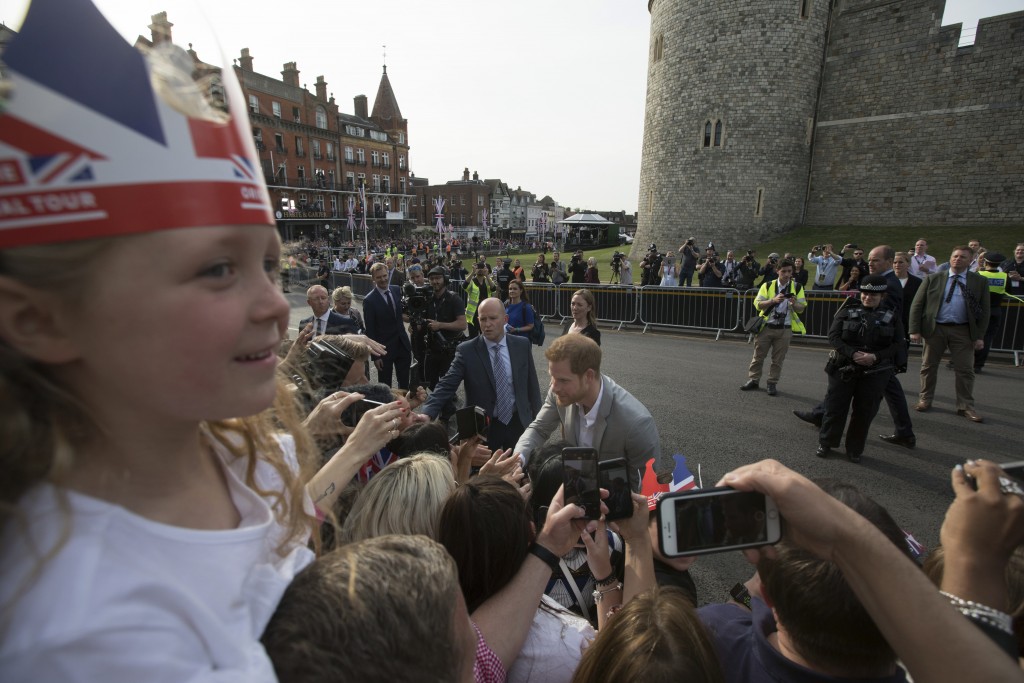 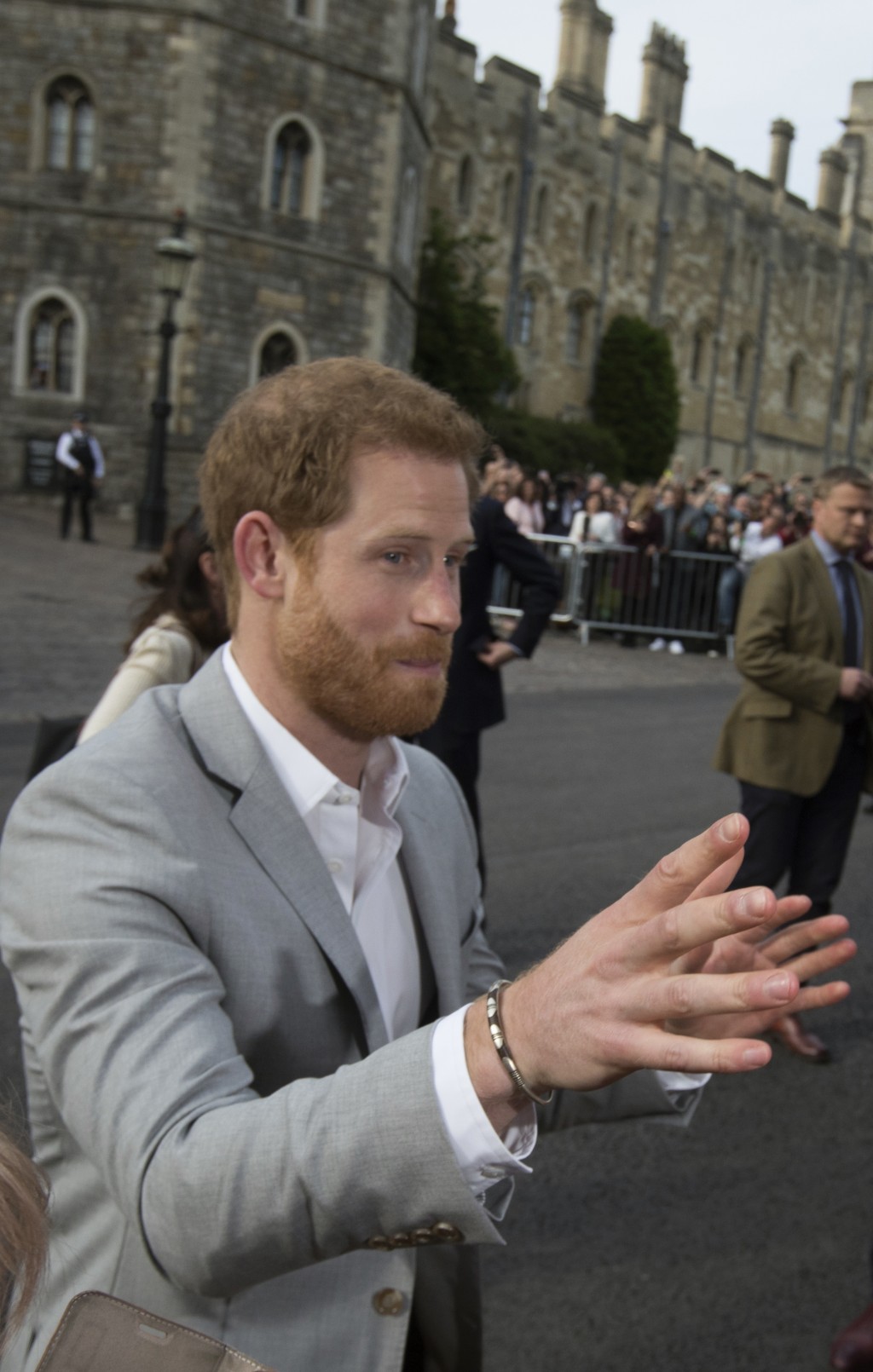 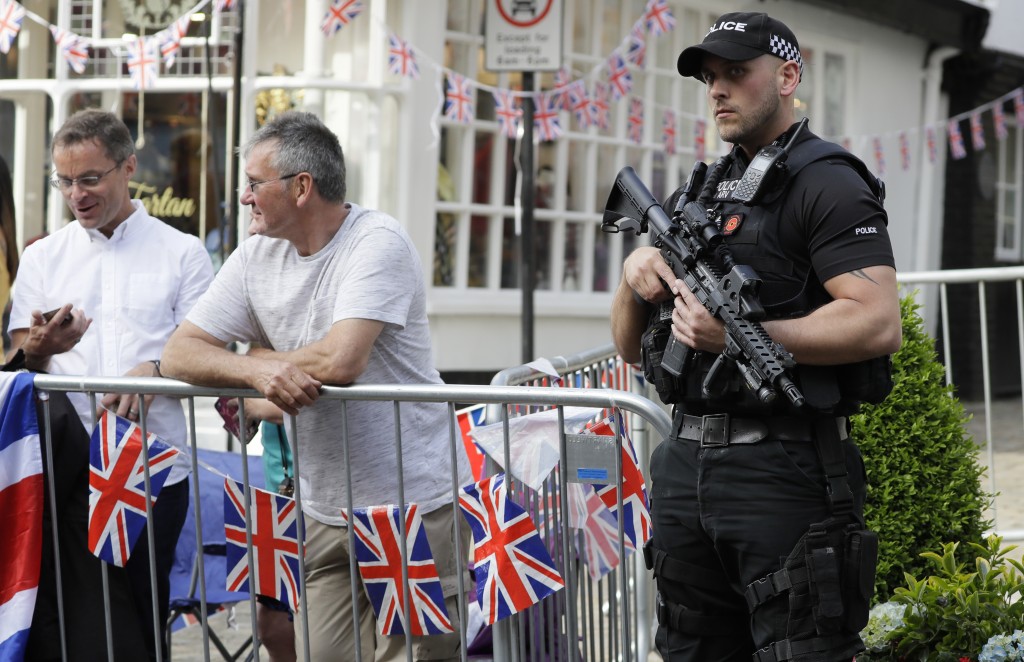 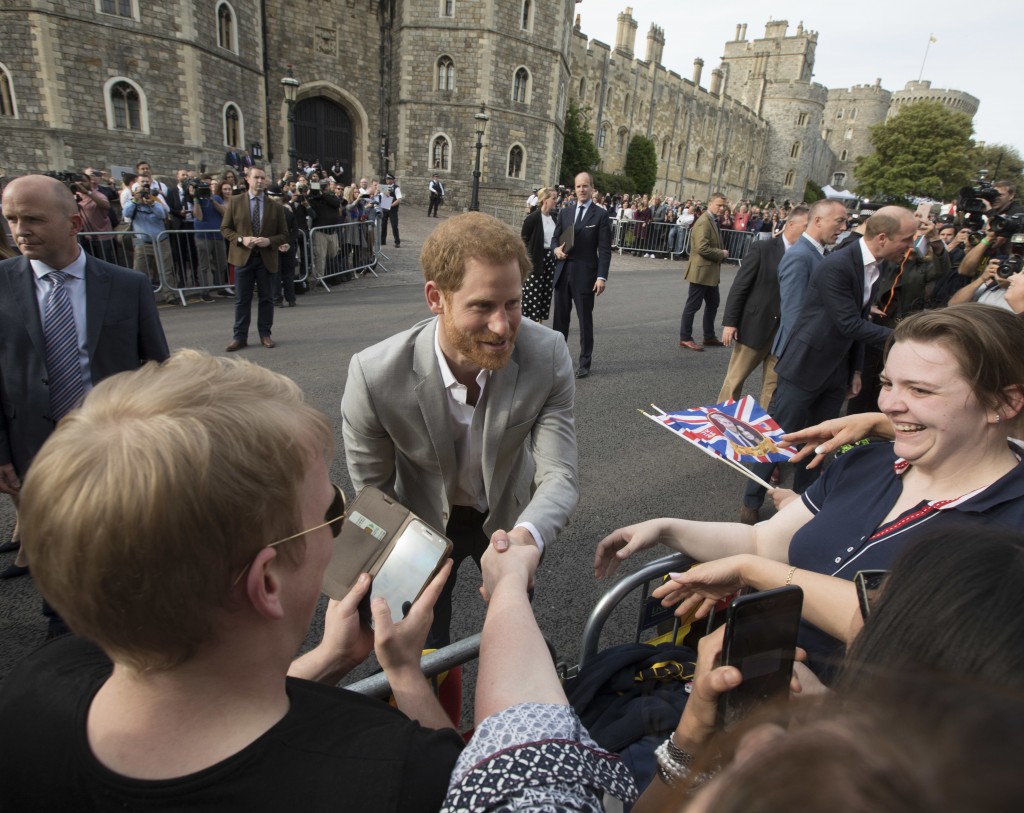 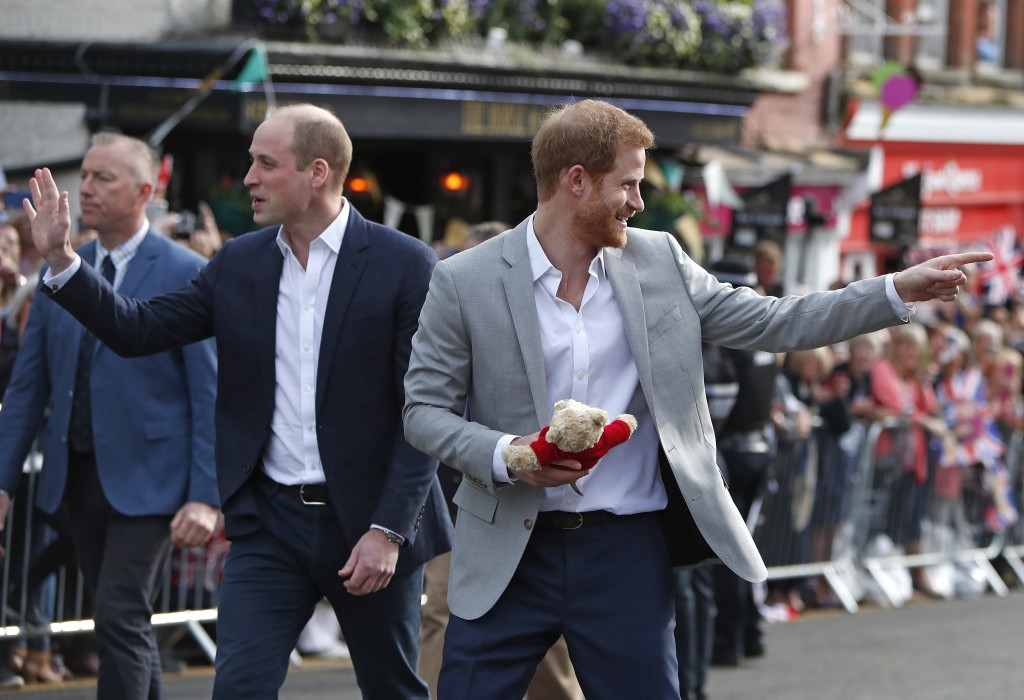 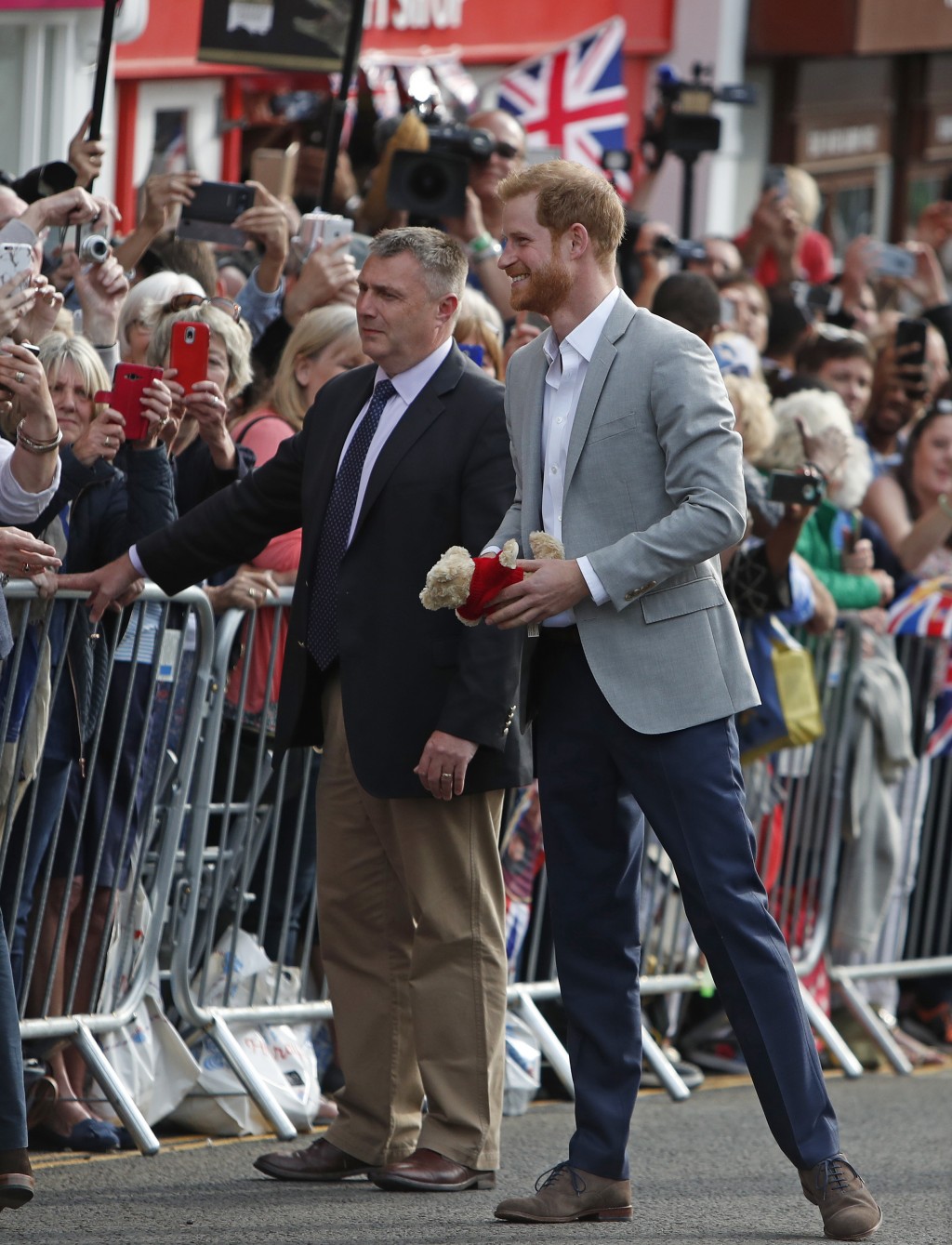 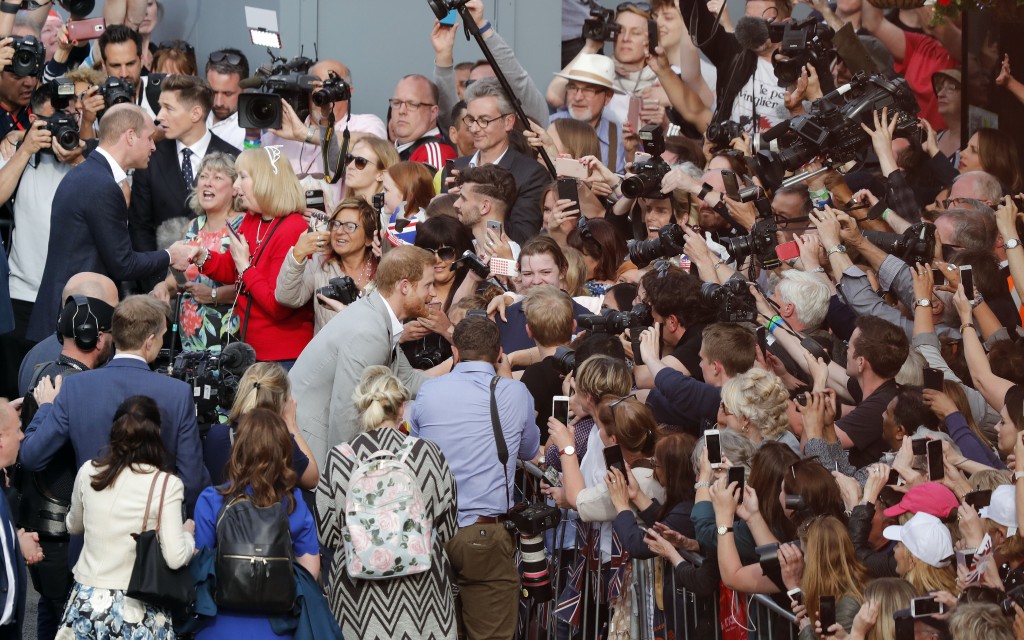 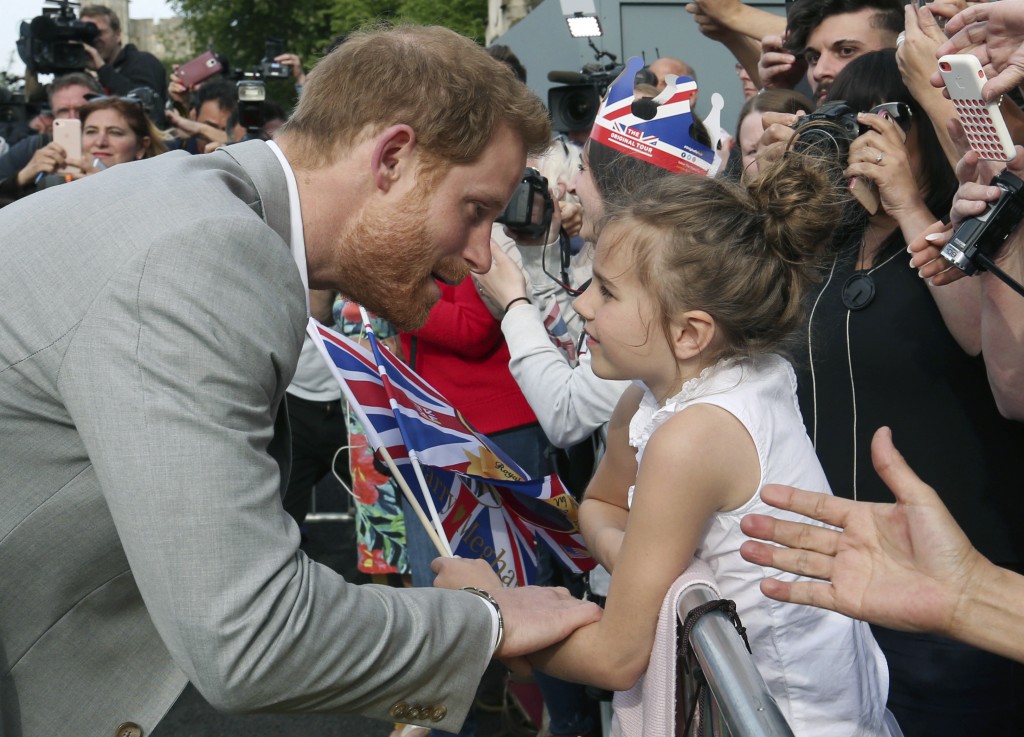 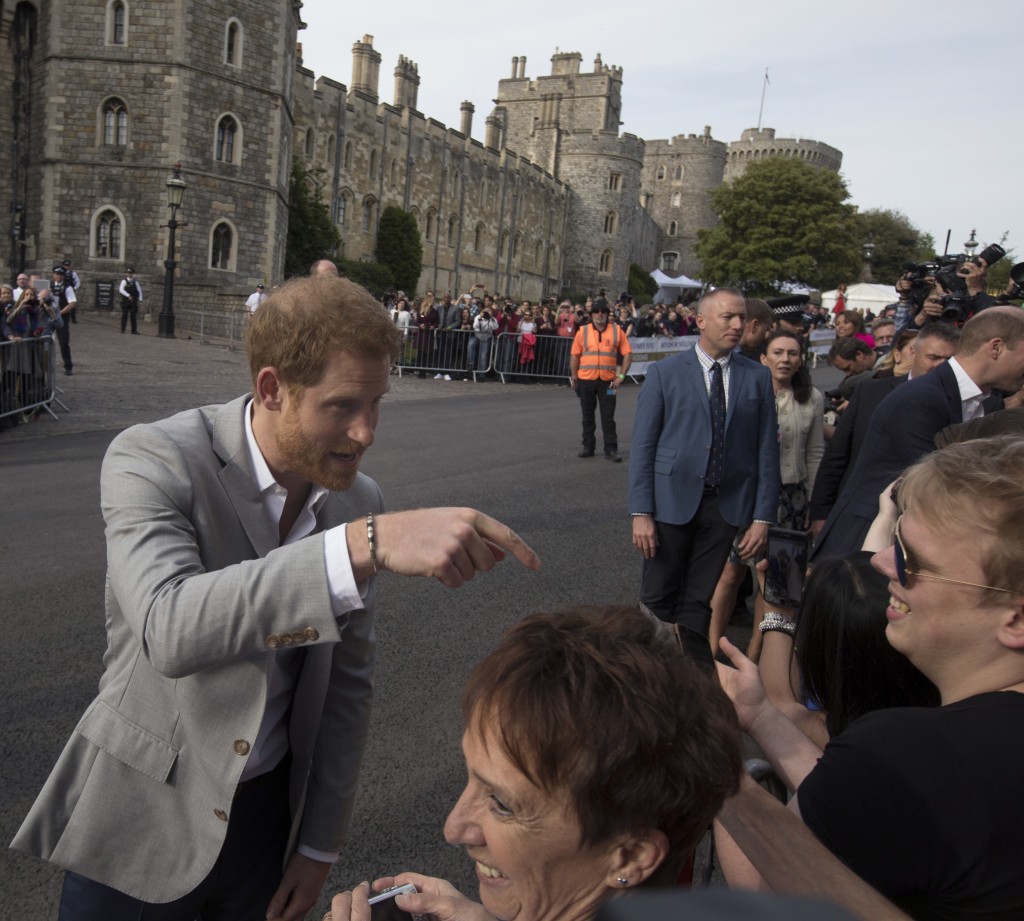 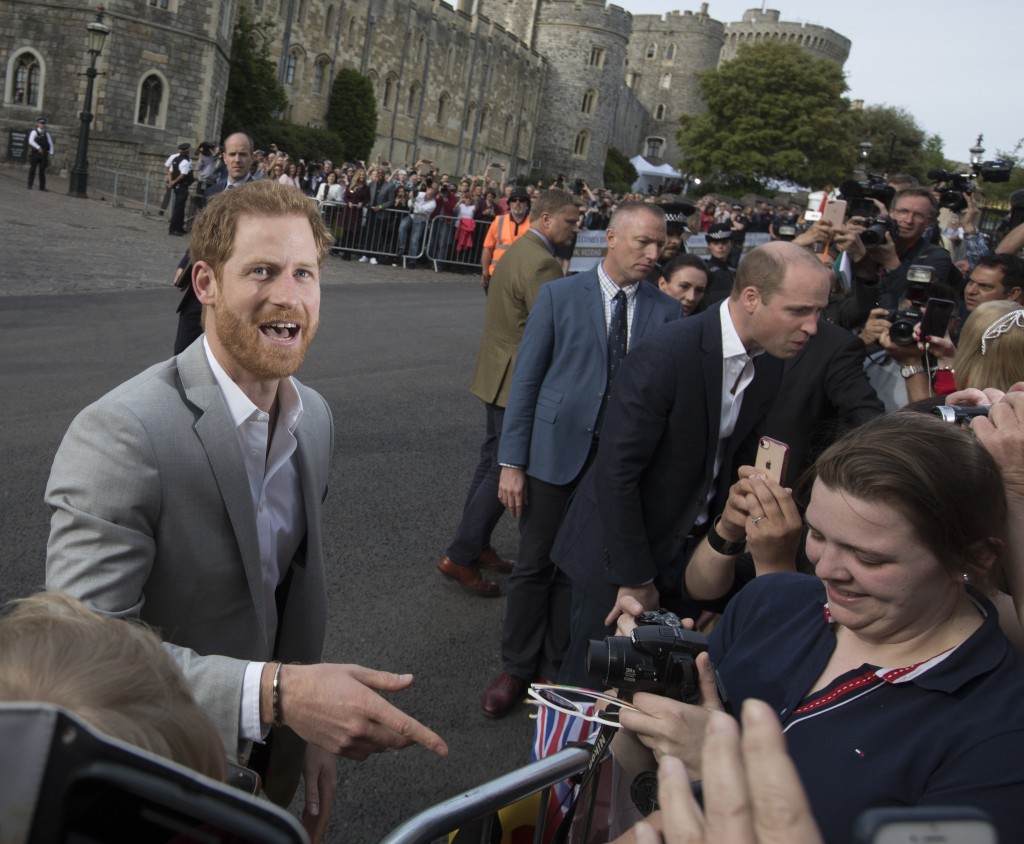 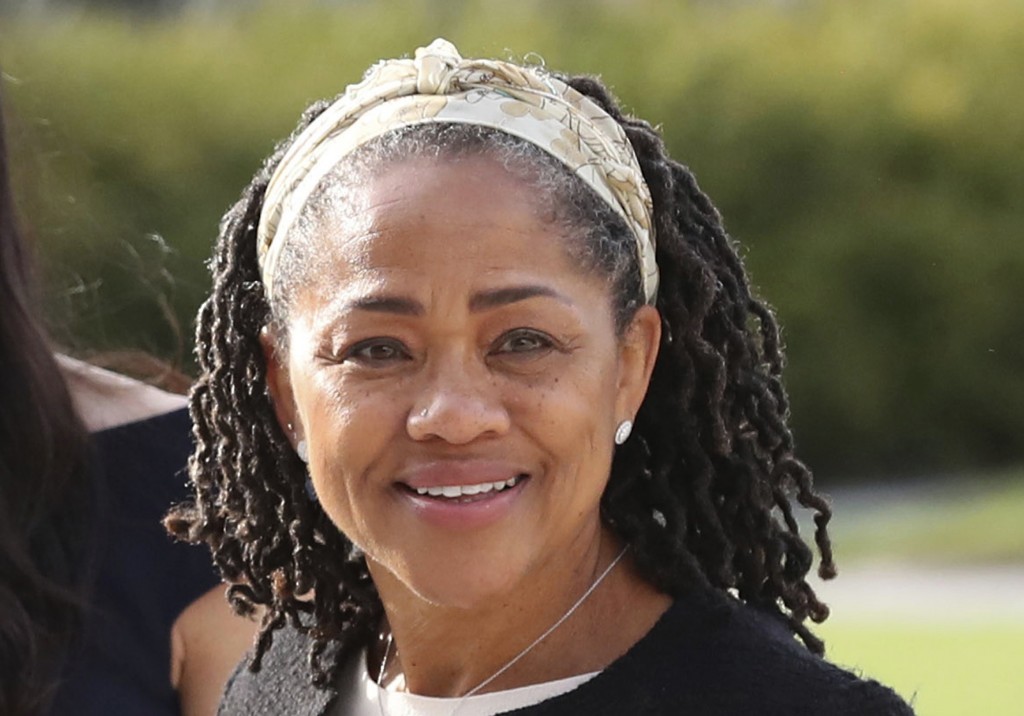 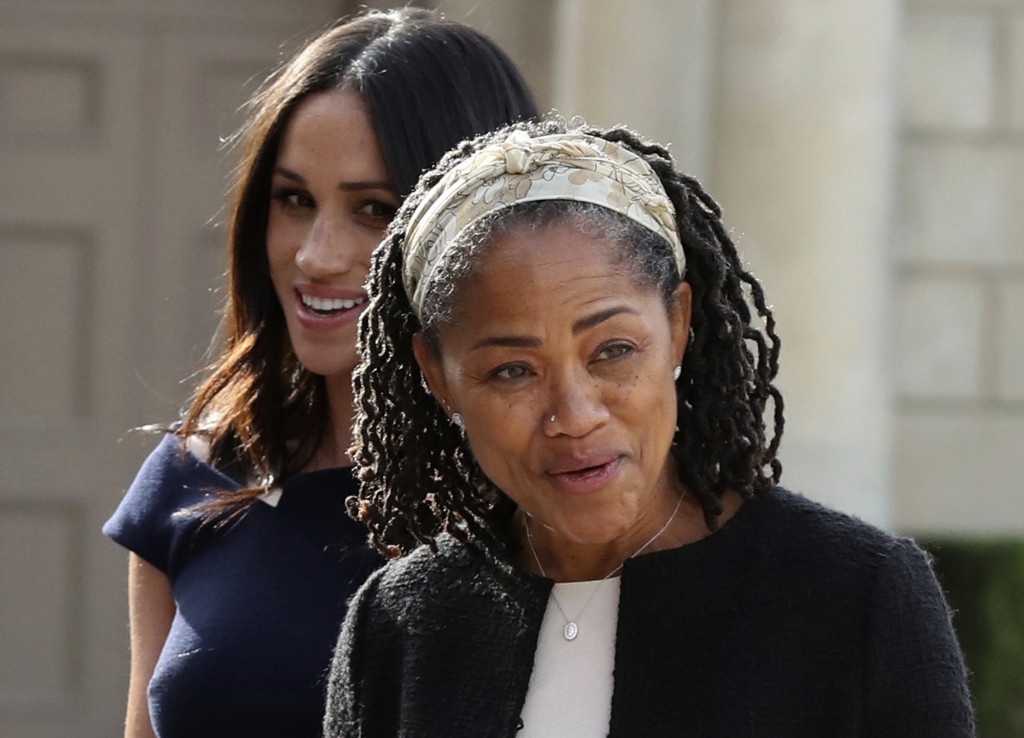 WINDSOR, England (AP) — It all started with a blind date that went really, really well.

It was in July 2016, not even two years ago. Prince Harry and Meghan Markle were set up by a mutual friend, a woman who thought they might click. Those dates usually fail 99 out of 100 times — but this time something magical happened.

Less than two years later, they will marry: two people who found each other after years of searching. But Harry's status as a senior British royal and Markle's entertainment industry presence as a star on the TV series "Suits" has turned Saturday's wedding into a global event.

From St. George's Chapel on the grounds of Windsor Castle, the royal wedding ceremony — complete with Anglican prayers and tradition, classical music and a gospel choir — will be beamed to tens of millions of TV viewers throughout the world.

"Windsor is absolutely bursting with excitement," said royal historian Hugo Vickers. "There are cardboard cutouts of Meghan and Harry in every shop window, virtually. There's bunting all over the place. I've never seen so many people in the streets of Windsor."

He says there's substance and meaning to the event that goes beyond its glitzy surface.

"She's led her own life ... she's not coming onto the scene without credentials. She's a highly proficient, very articulate young lady," he said.

The weather is expected to be balmy and clear, bathing the ancient stones of Windsor Castle in a beautiful spring light. Stars are flying in from Hollywood. Royal fans have been camping outside the castle for days. British police have stepped up security, with sniffer dogs, barricades and patrols all over town.

Everyone is waiting to see what Markle wears, which designer she has chosen for her wedding gown. Prince Charles, the groom's father, will walk her down the aisle after Markle's own father became too ill to come. No one knows if Prince William will give a loving toast as Harry's best man, or use the occasion to poke fun at his boisterous younger brother.

The wedding marks a new chapter in the storied British monarchy: The introduction of an American woman with a biracial background to its upper ranks. And there is every indication Markle has charmed the British public, making new fans each time she and Harry make a "walkabout" in a different part of the country.

When they exchange vows at St. George's Chapel, it will mark a new phase for Harry — who has buried his bad boy past and embraced a royal role while supporting a number of charities — and a transformation for Markle, who is walking away from a successful acting career to embark on a life of royal duties and social activism.

Both hope to start a family, following in the footsteps of William, who with his wife Kate has three young children: Prince George, Princess Charlotte and Prince Louis, who just arrived last month.

It is a time of transition for the British monarchy, one that seems filled with hope as William and Harry — the two sons of the late Princess Diana and Prince Charles — step ever more confidently into the limelight. The brothers even found the time amid the wedding hoopla to stroll outside the castle Friday evening to thank fans for coming.

A smiling Harry gave a thumb's up and answered "Great, thank you!" when asked how he was feeling on the eve of his wedding.

And it seems to be a time of reflection and joy for 92-year-old Queen Elizabeth II and her 96-year-old husband, Prince Philip, who plans to attend the ceremony despite his recent hip replacement surgery. She is seeing her grandson marry a woman who clearly has brought him the happiness he's often said was missing from his life.

The family tableau will play out on the broadest possible stage. Dozens of broadcasters have set up on the castle grounds for a visual feast. The chapel itself is a masterpiece of the late Gothic style, and Windsor Castle has been home to British sovereigns for nearly 1,000 years.

After the ceremony, the newlyweds will ride a horse-drawn carriage through the streets of Windsor, flanked by a splendid British military procession with many officers on horseback.

Then it will be off to the first of two gala receptions. The first will be hosted in the afternoon by the queen — with finger foods, wine and champagne. The second, smaller reception is being thrown by Charles.

A three-hour break in between will allow for a rest and a change of outfits for the lucky 200 invited to the evening soiree.

The chapel service will reflect Markle's American roots. The Most Rev. Michael Bruce Curry, an African-American leader of the Episcopal Church, will deliver a sermon, and the musical selections will include versions of "Stand By Me" and Etta James' "Amen/This Little Light of Mine."

Markle will be accompanied by her mother, Doria Ragland, when she is driven to the chapel on Saturday, and many of her closest friends and some co-stars from "Suits" will be in the audience. She opted not to have a maid of honor but there will be 10 young bridesmaids and page boys, including 4-year-old Prince George and 3-year-old Princess Charlotte, the elder children of William and his wife Kate.

Harry will be joined by some of his buddies from his 10 years of military service — an experience that included tours of duty in Afghanistan — and from many of the charities he supports, which have focused on helping wounded veterans or encouraging a more open discussion of mental health issues.

The couple has made an effort to honor the memory of Harry's mother, the late Princess Diana, whose older sister Jane Fellowes will give a reading during the wedding service.

After seeing the couple up close, Curry said Friday that he saw "two real people who are obviously in love."

"When I see them, something in my heart leaps," he said. "That's why 2 billion people are watching them." 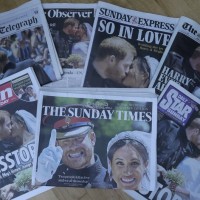 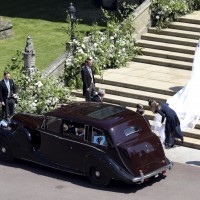 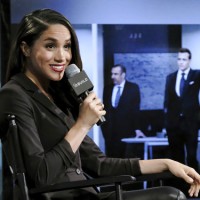