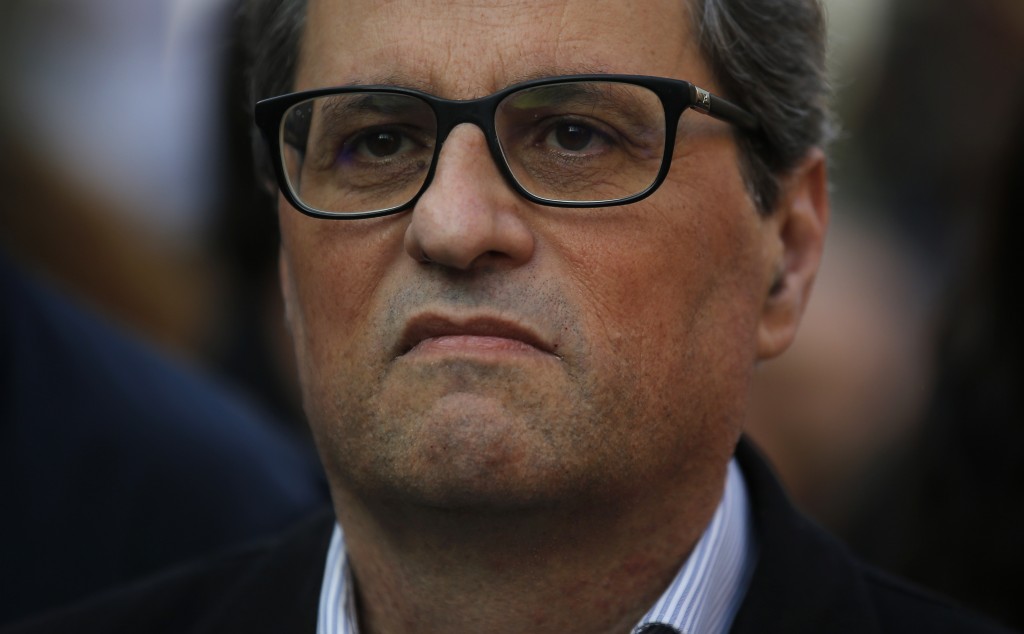 MADRID (AP) — Fervent Catalan secessionist Quim Torra has been sworn in as the restive Spanish region's new leader, with his demands for an independent Catalonia set to prolong a standoff with Spain's national government.

Torra formally took office at a ceremony in the Catalan capital, Barcelona, on Thursday. He was elected by the Catalan parliament's secessionist lawmakers on Monday.

In a sign of the simmering tension, Spain's national government in Madrid, which usually sends a representative to regional government ceremonies, declined to attend the swearing-in. It said Catalan authorities had tried to dictate which central government officials could be present — a condition that Madrid rejected.