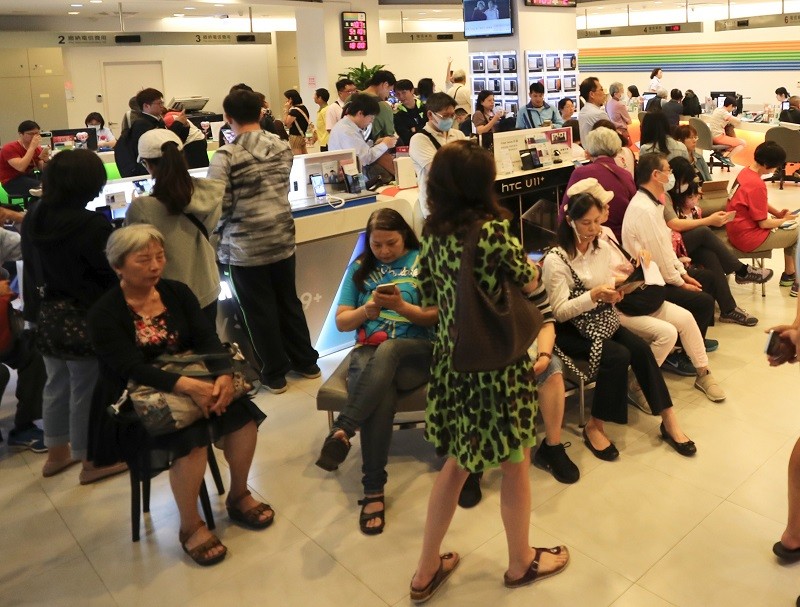 On May 11, the DOL dispatched inspectors to Chunghwa Telecom and its contractor Honghwa International to verify if any regulatory violations had occurred. The telecom giant recently introduced a NT$499 flat-rate package, garnering long queues outside of its stores across the nation.

The inspectors reviewed random attendance records for the month of May and found that many employees had worked 12 consecutive hours or more on a workday, which is a violation of Labor Standards Act.

Factoring in the evidence, impact scale, and both companies’ failure to make improvement, DOL ruled on imposing fines of NT$1 million on both companies respectively.

According to DOL Commissioner Lai Hsiang-lin, overtime is likely prevalent at all Chunghwa stores across the city due to the increased workload resulting from the popular deal. Records show that some employees even have worked from 11 a.m. to 4 a.m. or 6 a.m. on the next day, said Lai.

By law, employees are not allowed to work for 12 hours straight on workdays. Considering the business’ failure to manage the workload, pre-arrange staff assignment appropriately, and devise preventive measures, DOL does not rule out the possibility of conducting further inspections.