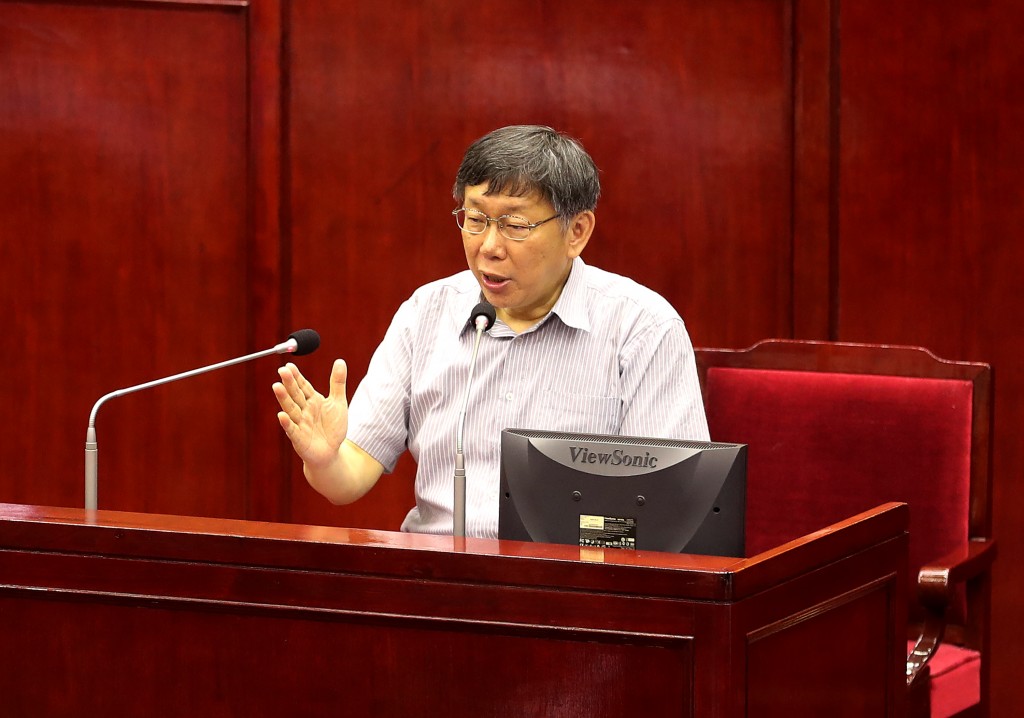 TAIPEI (Taiwan News) – The Democratic Progressive Party (DPP) announced Wednesday it would nominate a candidate of its own to run for mayor of Taipei City, in effect ending an alliance with the capital’s independent mayor, Ko Wen-je (柯文哲).

In 2014, DPP support allowed Ko to win a landslide victory against the Kuomintang (KMT), but since then, enthusiasm for the independent mayor has cooled off, mainly because of statements by Ko deemed too friendly toward China.

Now that the DPP had also won the presidency and an absolute majority at the Legislative Yuan, it was better for the party to nominate a mayoral candidate who would work in sync with the central government, the Apple Daily quoted party spokesman Cheng Yun-peng (鄭運鵬) as saying. The statement followed a meeting of the DPP committee in charge of preparing elections.

Over the past few months, local party workers in Taipei had expressed the wish for a mayoral candidate of their own, so the committee decision brought the national party leadership in line with local opinion, Cheng said.

As to how to move forward with the selection process, Cheng said the DPP would first attempt to reach a consensus about a candidate.

Ko is certain to run for re-election for a second and final four-year term in the November 24 polls, while on the KMT side former legislator Ting Shou-chung (丁守中) won the primaries.