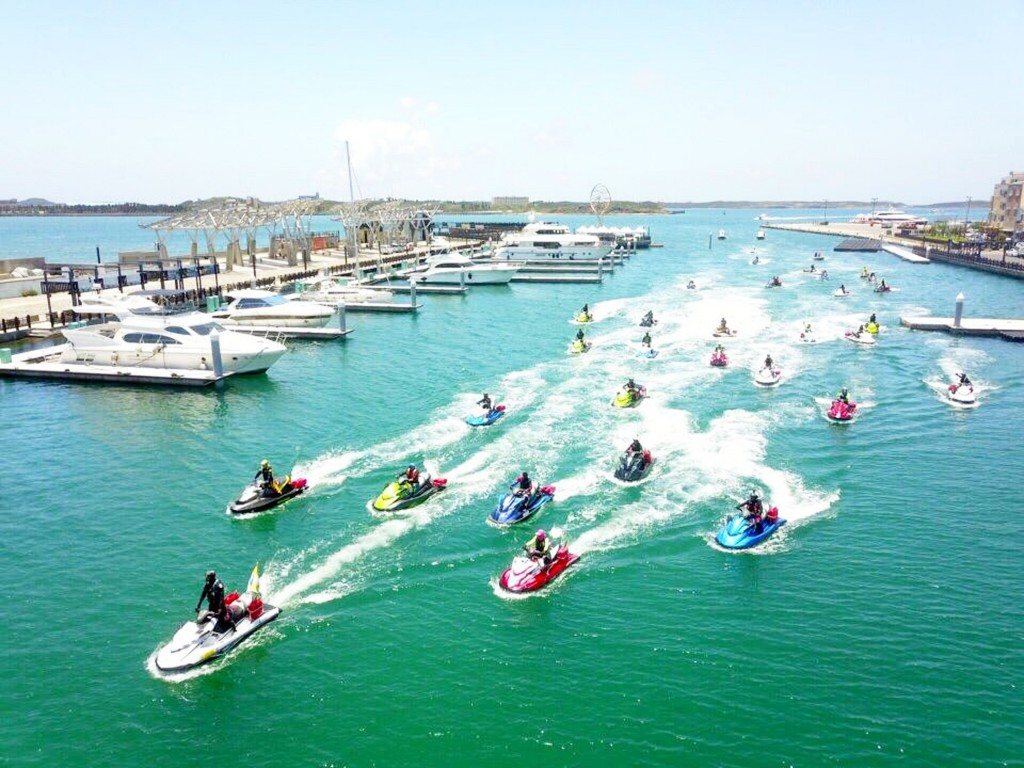 TAIPEI (Taiwan News) — At the break of dawn this morning, a crew of 31 jet skiers took off from Kinmen, headed for Penghu.

The group is a combination of members from the Taiwan Jet Ski Association (台灣水上摩托車協會) and the Chiayi Help Group (嘉義縣救難協會). They first rode from Penghu to Kinmen on May 12, and today they are returning.

The riders convened at 5 a.m. this morning and were on their way by 6:10 a.m., reported CNA. They will spend one night in Penghu before returning to Chiayi, wrapping up the trip in a total of six days. The leader of the pack, Chang Hong-chuan (張宏全), remarked that he served his military duty in Kinmen over 20 years ago, however seeing the town from the water is a completely different experience. Chang says that jet skiing is a very safe activity and worth trying for the beautiful views it affords.

Chang is grateful to the Kinmen Port Authority for helping the jet skiers moor directly on shore, though he hopes in the near future that Kinmen will build an appropriate dock. "If Kinmen had a dock I would come here at least twice a year," said Chang. Jet Ski Association members last traveled as a group to Kinmen approximately 11 years ago, however there were only 13 members at that time. The purpose of this visit is to promote jet skiing in Taiwan.

The athletes feel that everyone could benefit from the carefree and relaxing head space that jet skiing facilitates as well as the opportunity to be so close to nature. Of the 31 jet skiers, five are from Hualien and one is from Malaysia. "I've come to Taiwan every year for the last seven years. The ocean is much different in Taiwan and it is a good challenge for me," said Chen Chih-hsiung (陳志雄), the Malaysian team member. Two additional boats also accompanied the group to provide provisions and help if needed, bringing the total count of the group to 43 people.