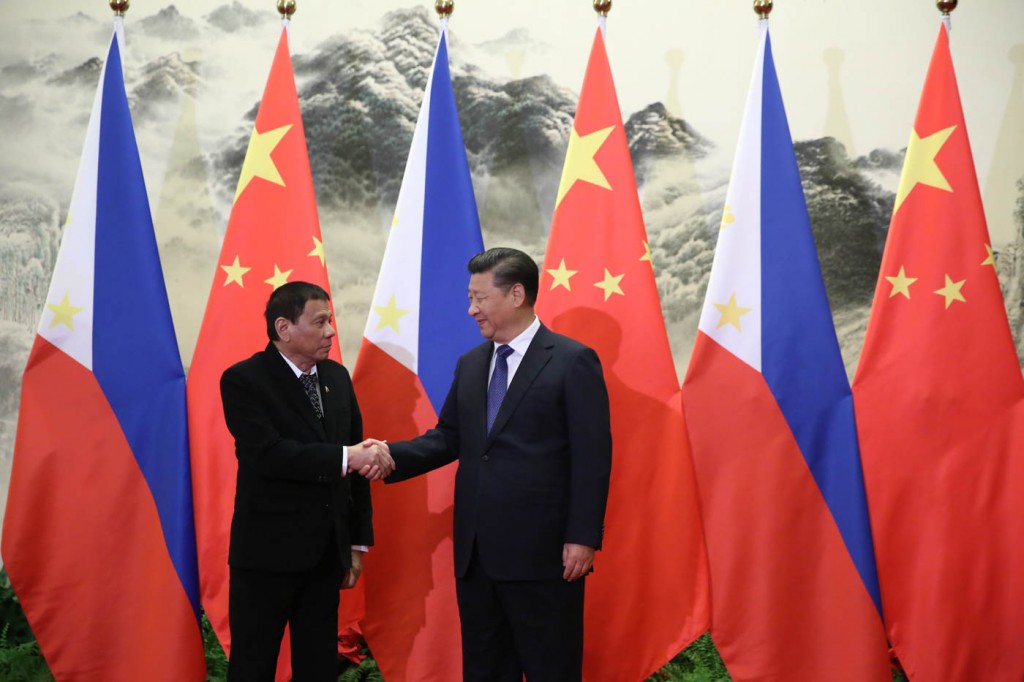 TAIPEI (Taiwan News) — In a speech given on the docked battleship BRP Davao Del Sur May 15 in the Philippines, Philippine President Rodrigo Duterte said that Chinese President Xi Jinping promised to protect him from being overthrown out of office.

"Xi Jinping's promise is very encouraging ... He said 'We will not allow you to be taken out from your office, and we will not allow the Philippines to go to the dogs.' I am a democratically elected leader, this is a very timely declaration," said Duterte.

Duterte's remarks were part of a speech to send off 50 Filipino scientists on their way to research in Benham Rise, according to CNN Philippines.

When asked about the South China Sea controversy, Duterte replied, "Well we just restored our relationship. I think it's a new era for us and if I may beg you not to bring this up forcefully because there will be a time when we'll be discussing it."

On May 7 a Facebook user named Steve Dissident, claiming to be in the military, made a post retracting his support of "Duterte's fake government" and calling upon other military officers to do the same, reported Liberty Times.

In response Philippine army Chief of Staff, Carlito Galvez, said that dissident's remarks do reflect the feeling of the army. Galvez continued, "These remarks are fake. Military morale is high because Duterte cares for the military. I trust that no military personnel will withdraw their support of Duterte."