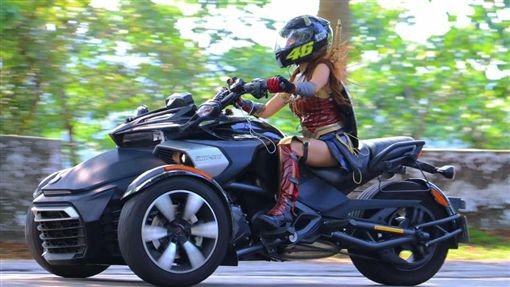 TAIPEI (Taiwan News) – Recent photos and videos of a mysterious masked super heroine have been circulating around Taiwanese internet forums, with the young masked lady attracting the curiosity of many, and possibly capturing several hearts as well.

The young lady driving around central and southern Taiwan has been identified only by the nickname Xiaoyang (小羊), and is recognizable on Taiwan’s road for the for the large three wheel cycle she rides, often in costume, or with her trademark “kitten ear” helmet.

Xiaoyang has been photographed and recorded on Taiwan’s highways and around famous roads like the one circling Sun Moon Lake over the past week, and began making a buzz on internet forums over the weekend.

Liberty Times reports that she has been identified, but does not want to reveal her face. She has only offered to do phone interviews with media.

In her statement to the press she revealed that she is 30 years old, and single. She also enjoys super hero films, comic books, large bikes and cosplay, which has only further contributed to an already growing online fanbase.

Xiaoyang said that her love of large bikes, particularly the Can-Am Spyder F3-S model she drives, came before the decision to begin driving in costume. According to the report she first saw the large three wheel cycle about 6 months ago, and immediately knew she wanted to have one of her own. Then eventually, she decided driving in costume on her leisure rides sounded like a fun idea.

Now it appears to have become a hobby, and one that has been well received by a large number of people who are quick to share their sightings of the mysterious masked rider online.

Xiaoyang claims that she never intended to become an internet sensation, and she felt a bit silly when a member of a popular humor and news forum (爆料公社) posted a video of her driving her motorcycle, which became widely shared online.

Xiaoyang says that a lot of guys who ride heavy bikes also enjoy dressing up as Marvel heroes like Iron Man or Captain America, so she figured there was no reason she couldn’t enjoy the activity herself. So far she has been spotted as Wonder Woman, Superwoman, and as a black cat (which could be Catwoman?).

Her internet fans will certainly be eager to report on the next super heroine they spot on the roads of Taiwan. 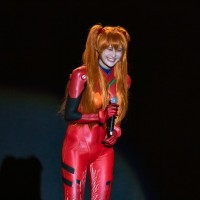 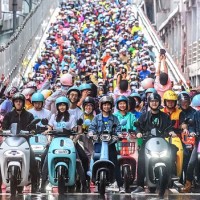 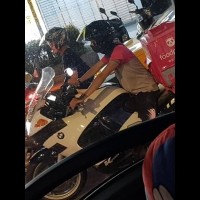 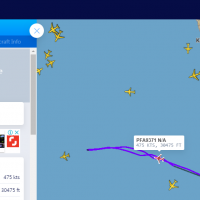 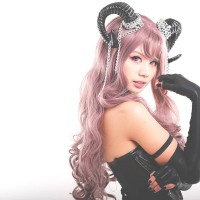