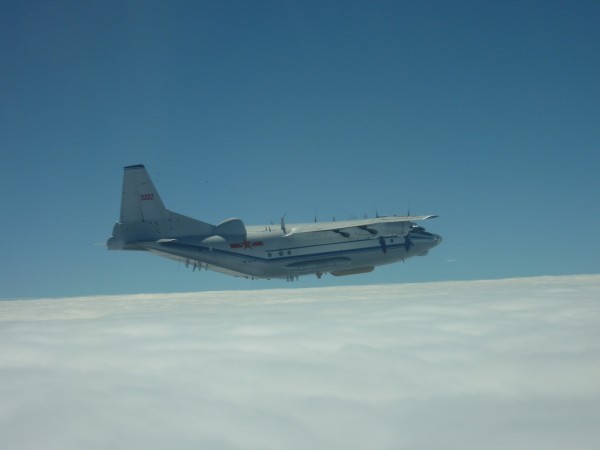 TAIPEI (Taiwan News) – Chinese military aircraft continue their drills around the Taiwan Strait, with a Shaanxi Y-8 military transport plane spotted on the morning of Monday, May 14 traveling very closely to the M503 aviation route that has been causing controversy since December last year.

The aircraft was reportedly flying very close to the centerline of the Taiwan Strait, deviating further and further from the M503 route, likely for the purpose of electronic surveillance of Taiwan’s armed forces in the strait.

Liberty Times reports that the military transport aircraft began its flight this morning along the M503 route, but gradually began to deviate from the original M503 flight path, flying very close to the center line of the Strait. Officials with the Ministry of National Defense have previously warned of the likelihood that the Chinese Air Force would use the M503 route in such a manner.

The official emphasized that the aircraft was under surveillance the entire time, and Taiwan’s armed forces remain on full alert and in full control of the situation.

This is reportedly the first time a Chinese military aircraft has traced the M503 route since China, in December 2017, announced unilaterally it would permit, and begin routing commercial flights southward on the flight path through the Strait.