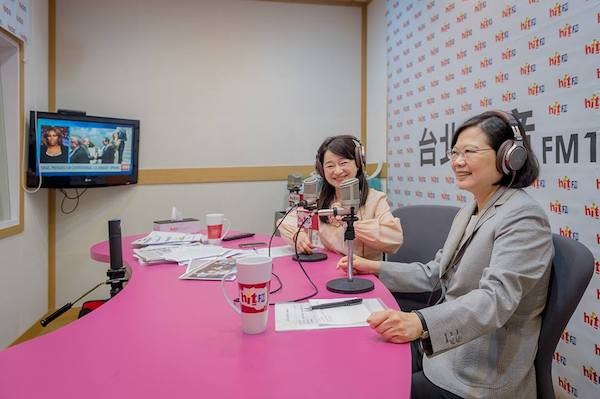 The president had an interview with a radio station on Monday morning ahead of the second anniversary of her presidency, during which she emphasized that the government’s policy on the cross-strait relations served the best interest for Taiwan and other countries in the region, including China.

President Tsai said previous Taiwan presidents had put much effort in external issues and as a result left many reforms undone, adding, “We need to maintain stable cross-strait relations in order for many domestic reforms to be carried out.”

However, the government’s maintaining status-quo policy is clearly not shared by the other side of the Taiwan Strait, as Beijing has intensified its military exercises after President Tsai took office in 2016, deploying constantly its fighter jets and military ships near Taiwan.

President Tsai said, “Under the current circumstance, it is important that we empower ourselves, which cannot be done if we do not bring about reforms.” The president also said the cross-strait relations had “basically been stable.”

Reiterating her earlier statement, the president said she would be willing to meet with Chinese President Xi Jinping as long as “there are no political preconditions,” such as the 1992 Consensus insisted by Beijing, and the two leaders “regard each other as equal.”

Tsai added the government would show some flexibility, but the so-called 1992 Consensus entailed other meanings “involving the issue of sovereignty,” and therefore she “cannot easily concede.”