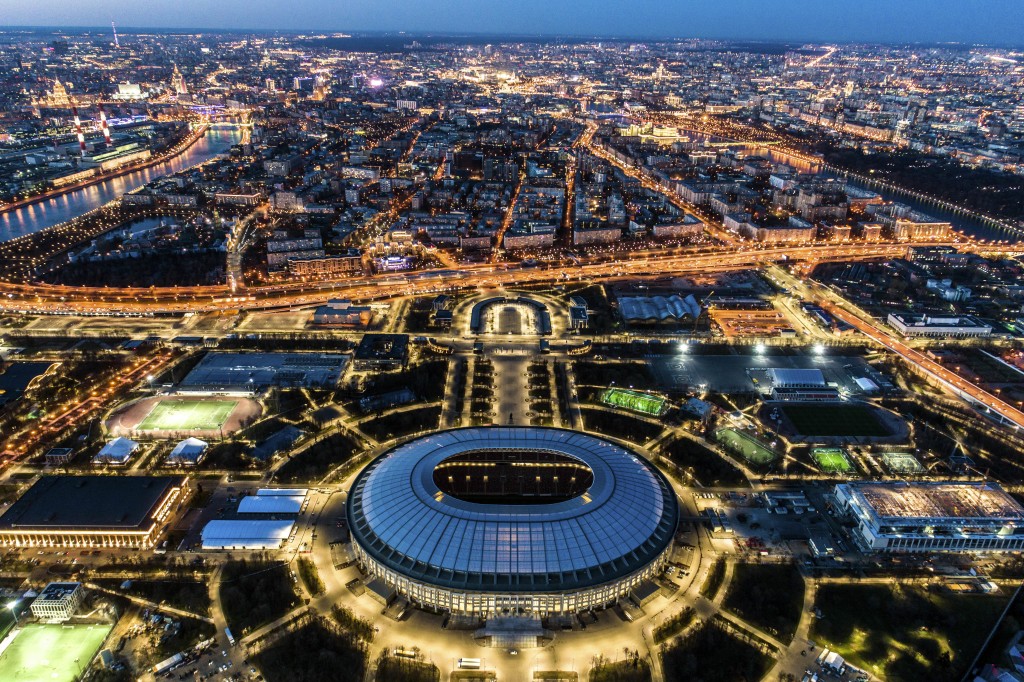 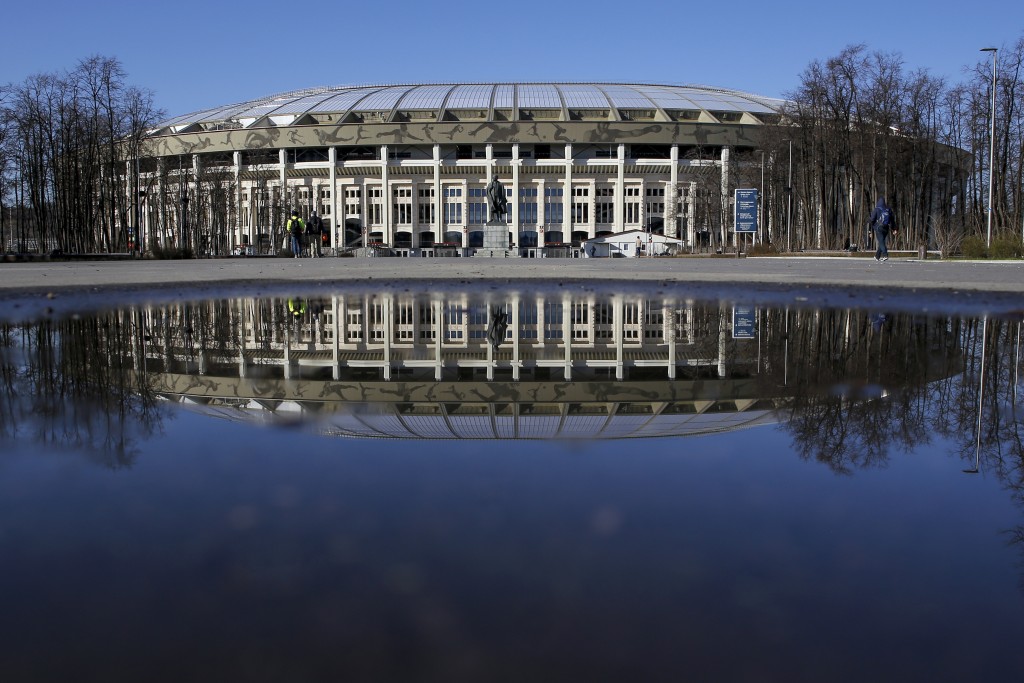 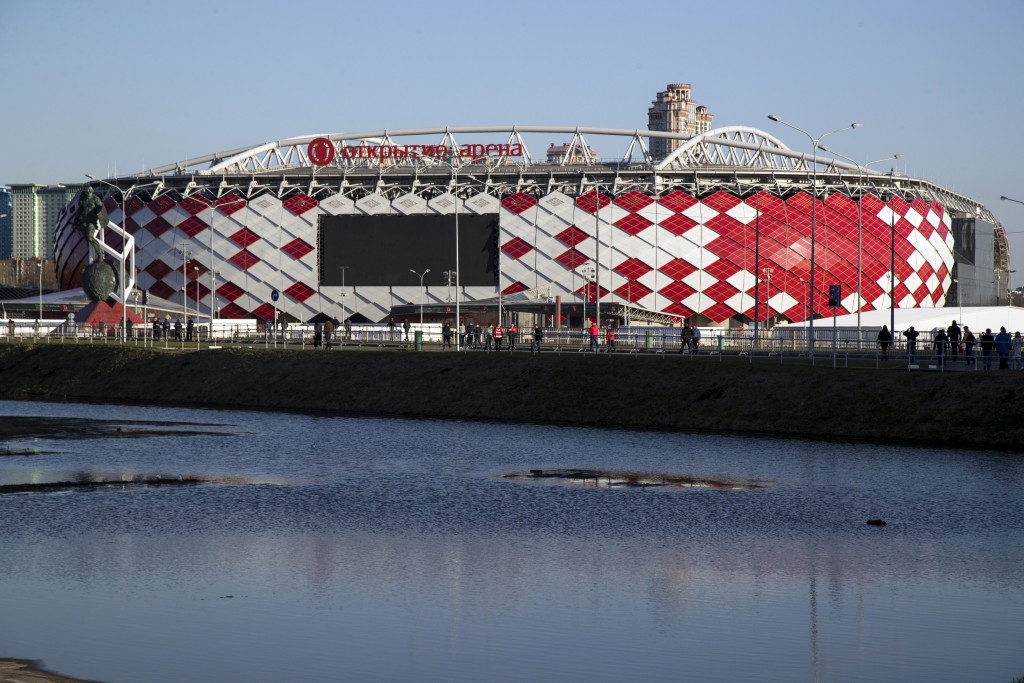 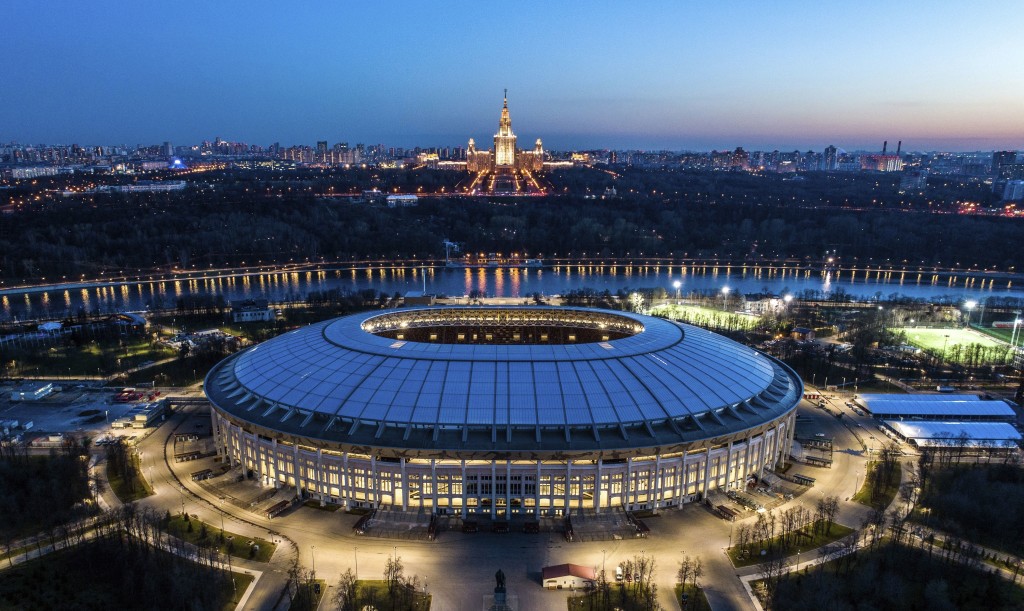 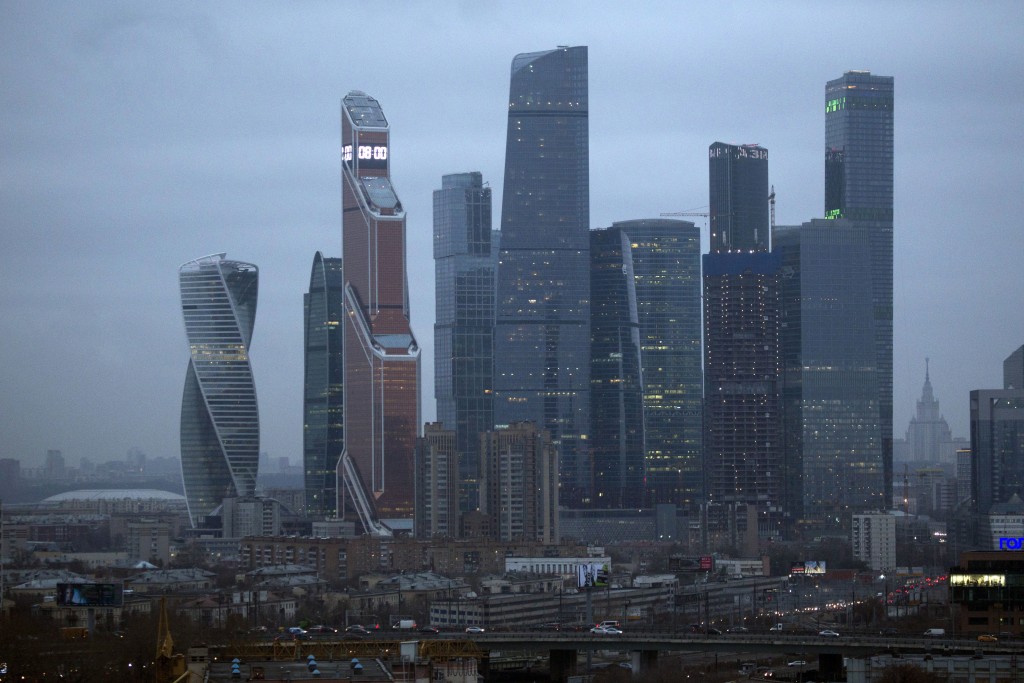 MOSCOW (AP) — Moscow is one of the world's largest cities with a population of at least 12 million people — more than many of the countries playing at the World Cup.

Its sheer size gives visitors a vast range of things to do, whether that means bars, museums, ballet or golf. The cavernous Luzhniki arena will host the World Cup's opening game on June 14 and the final on July 15, while the smaller Spartak Stadium will also hold games.

Here's what you need to know:

Luzhniki holds 80,000 people and has played host to key moments in Russian sports history, including the 1980 Olympics and the 2008 Champions League final between Manchester United and Chelsea — best remembered for John Terry's slip-up in the penalty shootout.

Built in an imposing Soviet style, it opened in 1956 and has been renovated extensively for the World Cup, with the running track removed to bring fans closer to the pitch. Luzhniki's darkest moment was in 1982 when 66 Spartak Moscow fans were crushed to death in a packed stairwell.

Spartak Stadium holds 45,000 and opened in 2014 as the new home for Moscow's best supported club. It's the only one of the 12 World Cup stadiums built without government money — Spartak's billionaire president Leonid Fedun funded the construction.

Both stadiums are easy to reach on Moscow's large and sprawling subway network, with tickets on sale for 55 rubles ($0.89) a journey.

The walled fortress of the Kremlin is Moscow's historic heart, situated off Red Square. It's still the heart of the Russian government, though, so visitors need to be part of a guided tour.

Moscow's heritage as the capital of the Soviet Union means there are large minority populations from across Eastern Europe and Central Asia, and that's reflected in a wide range of food options. Spicy Georgian stews, juicy Ukrainian borscht and even Mongolian lamb dumplings are all on offer.

Bear in mind that Moscow prices are higher than in other Russian cities, generally on a par with other major European capitals.

For a taste of Russia's rich art and culture, the Bolshoi Theater is one of the finest centers of opera and ballet in the world. There's also a notoriously hedonistic bar and nightclub culture, though you may need local assistance to navigate the vibrant underground music scene.

Moscow is a city of museums, though few historic buildings survive outside the area near the Kremlin and the nearby Kitai-Gorod district. That's partly because most houses in previous centuries were built from wood and also because many old buildings were torn down as the Soviet government tried to rebuild Moscow.

There will be big-screen showings of World Cup games near Moscow State University, on the other side of the river from Luzhniki — though some students aren't happy about the noise .

Moscow hosts a total of 12 World Cup games, with seven at Luzhniki and five at Spartak.

The tournament kicks off June 14 at Luzhniki when Russia meets Saudi Arabia in Group A. It's a favorable draw for the hosts, who face the only tournament team lower than themselves in the FIFA rankings.

Spartak hosts a David-and-Goliath clash on June 16 as World Cup debutant Iceland takes on Lionel Messi and Argentina in Group D. The 2014 champion Germany plays Mexico at Luzhniki on June 17 in Group F, before Poland and Senegal face off at Spartak on June 19 in Group H.

Moscow hosts two games in the round of 16, one at Luzhniki on July 1 and one at Spartak on July 3. There's then a break of eight days before Luzhniki hosts the second semifinal on July 11 and the final on July 15.