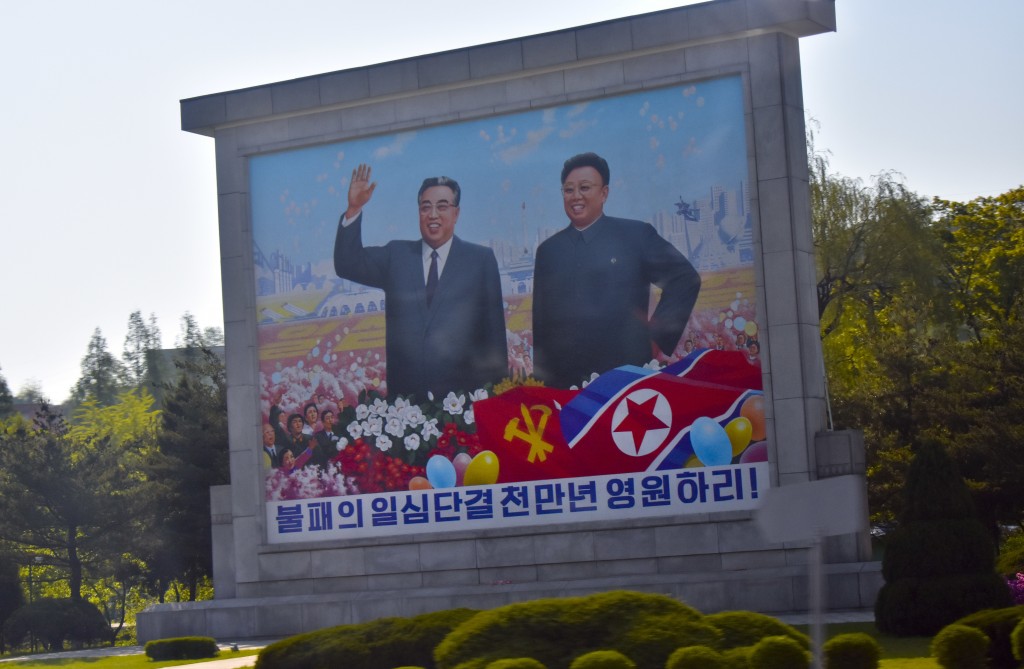 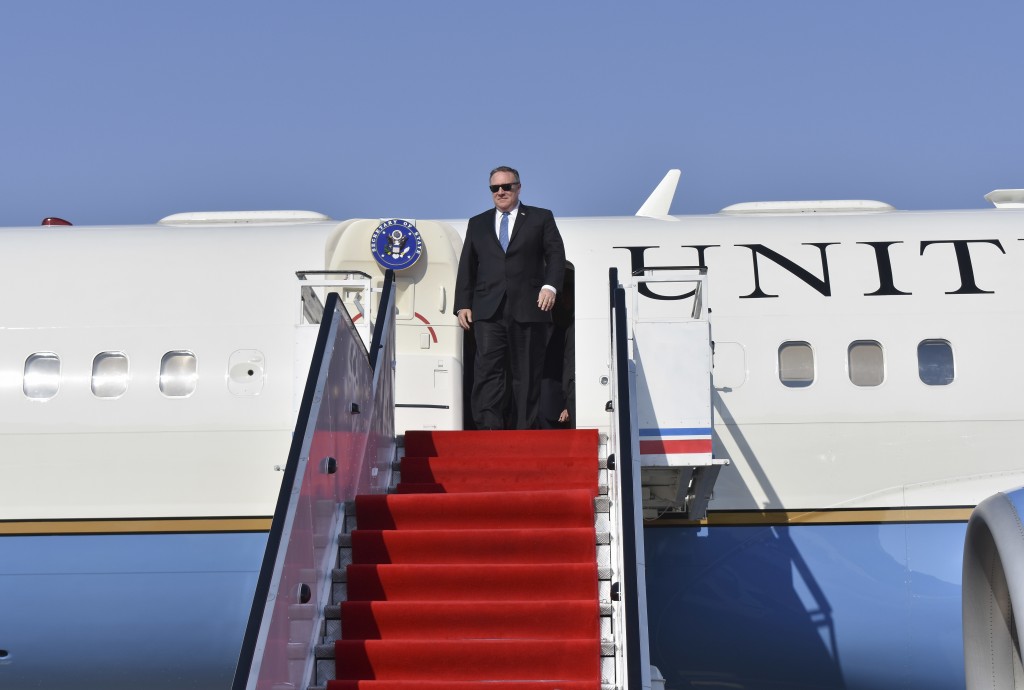 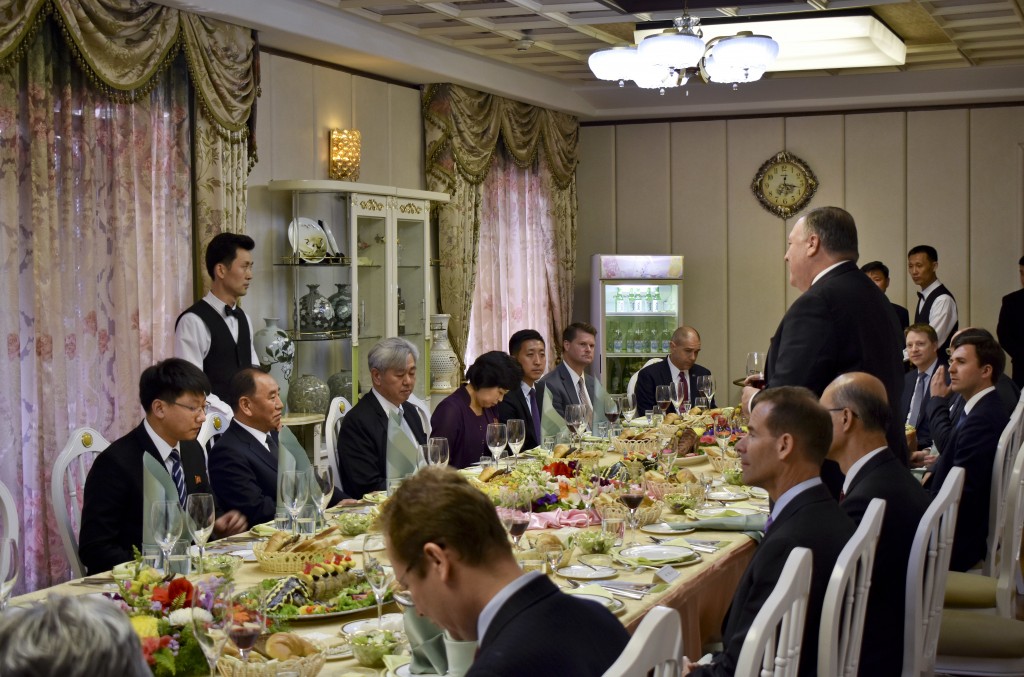 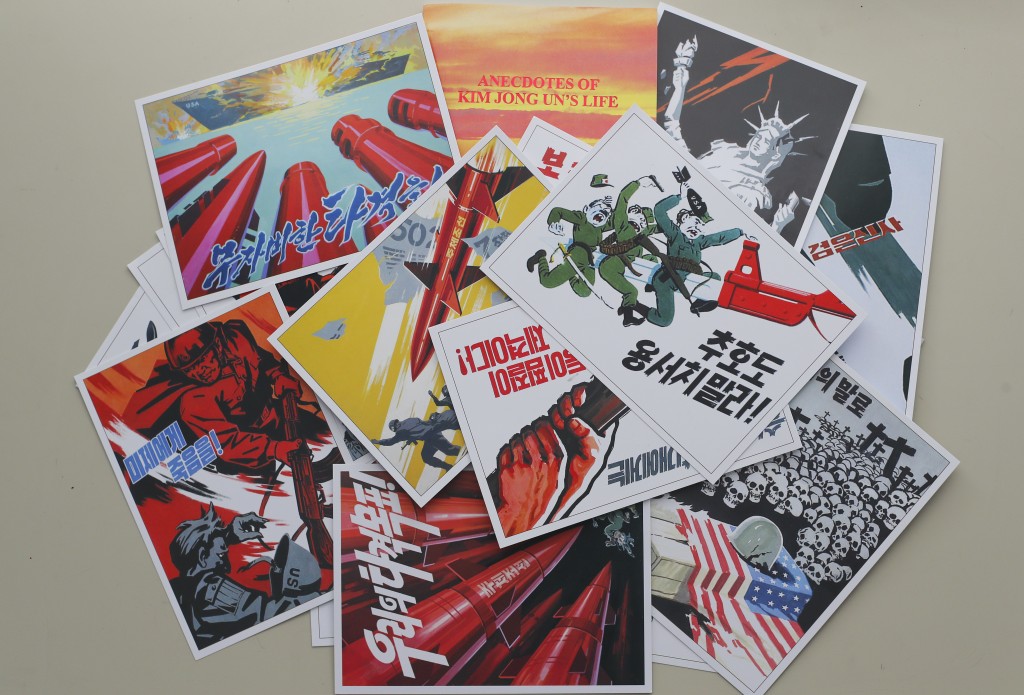 WASHINGTON (AP) — It began with quiet words from State Department officials: Apply for a new passport immediately. You may soon be going to a country for which ordinary U.S. passports are not valid for travel.

Vague as it was, the instruction to two reporters last Friday left little doubt about our mystery destination: North Korea.

Secretary of State Mike Pompeo had visited the capital, Pyongyang, in complete secrecy while he was still CIA chief in early April to set the stage for an unprecedented summit between President Donald Trump and North Korean leader Kim Jong Un.

Now, Washington was abuzz with rumors that he would be heading back soon and would bring back three U.S. citizens who had been held by North Korea for more than a year for alleged anti-state activities.

It would turn out to be my second visit to the isolated, authoritarian nation. Eighteen years ago, I had accompanied Madeleine Albright on her historic trip to North Korea, the first-ever by a sitting secretary of state — a highly choreographed and publicized two-day affair covered by some 80 journalists.

But this was something completely different: an under-the-radar, secret mission with only two American reporters as independent witnesses. The other reporter was Carol Morello of The Washington Post.

Since the death last year of Otto Warmbier, the American college student who suffered brain damage while in North Korean custody, U.S. nationals have been prohibited from traveling to North Korea without special passport validation. I was soon in possession of new passport and a letter informing me that its validation was "in the national interest of the United States."

We were sworn to secrecy about the trip and told to pack a bag and be on stand-by, but given no departure date or time.

Rumors of the trip intensified through the weekend, but it was only late on Monday afternoon that we were told we'd leave from the State Department at 7:45 that night.

We left in a two-van motorcade from the underground parking garage for Joint Base Andrews outside Washington. Once there, we waited for Pompeo to arrive and soon the U.S. Air Force C-32, a converted Boeing 757, was airborne. Destination: Pyongyang, capital of the most reclusive nation on Earth.

So began a four-day journey with no confirmed schedule on the ground in North Korea, no guarantee of the prisoners' release and little to no sleep.

Notwithstanding the secret arrangements for Pompeo's return trip, we wouldn't be the first to report it.

As our plane descended Tuesday into the U.S. air base in Yokota, Japan, for its second refueling stop, Trump announced that his top diplomat was on his way to Pyongyang.

Circumstances were very different when I'd visited in 2000 as a reporter for the French news agency Agence France-Presse to cover Albright's highly anticipated visit. Dozens of journalists had either flown with the secretary of state or taken charter flights from Beijing to Pyongyang to cover the events. There were organized press tours of the capital and a mass stadium show hosted by the current leader's father, Kim Jong Il.

This time the visit was much lower-key. When we arrived at the Pyongyang airport early Wednesday morning, Pompeo was greeted by North Korean dignitaries and boarded a Mercedes limousine. We climbed aboard a Chevy van.

Pyongyang had changed a lot in two decades. There were more tall buildings and more vehicles — though still far fewer than in other world capitals. Also new were the stoplights.

After a winding drive past grandiose memorials and revolutionary billboards, we arrived at the the Koryo International hotel, where many of us had stayed when Albright visited. Its lobby would be the base for Carol and me for the next nearly 13 hours while Pompeo met and lunched with North Korean officials, including Kim.

Mostly bored, we waited for news over endless cups of coffee.

Still, the Koryo can offer up surprises.

Eighteen years ago, it was the appearance of a German aid worker who seized on the rare presence of foreign correspondents to show them squalid living conditions outside of town. He was later deported.

On Wednesday, it was when hotel staffers began staring at state TV news that Kim had traveled to meet China's leader by plane not train, the first trip abroad by air by a North Korean leader in decades.

After Pompeo finally returned from his 90-minute meeting with Kim, he gave a "fingers-crossed" response. About 10 minutes later, a North Korean emissary arrived to give him the good news: The three Americans were being released.

Soon after, we drove to the airport.

As the now ex-prisoners arrived, we caught a glimpse of them leaving their vehicle and walking up stairs to the plane. They were transferred to another, smaller government jet in Japan, and we would not see them again until they arrived at Andrews and emerged from their aircraft with Trump — and then only at a distance.

In 2000, I had written a story comparing Pyongyang to a real-life version of "The Truman Show," the 1998 film about a man living in a reality created for television. Standing on the tarmac in the wee hours of Thursday morning and staring at a live feed of the prisoners' return on my iPhone while Trump greeted them hundreds of yards away, that sense returned.