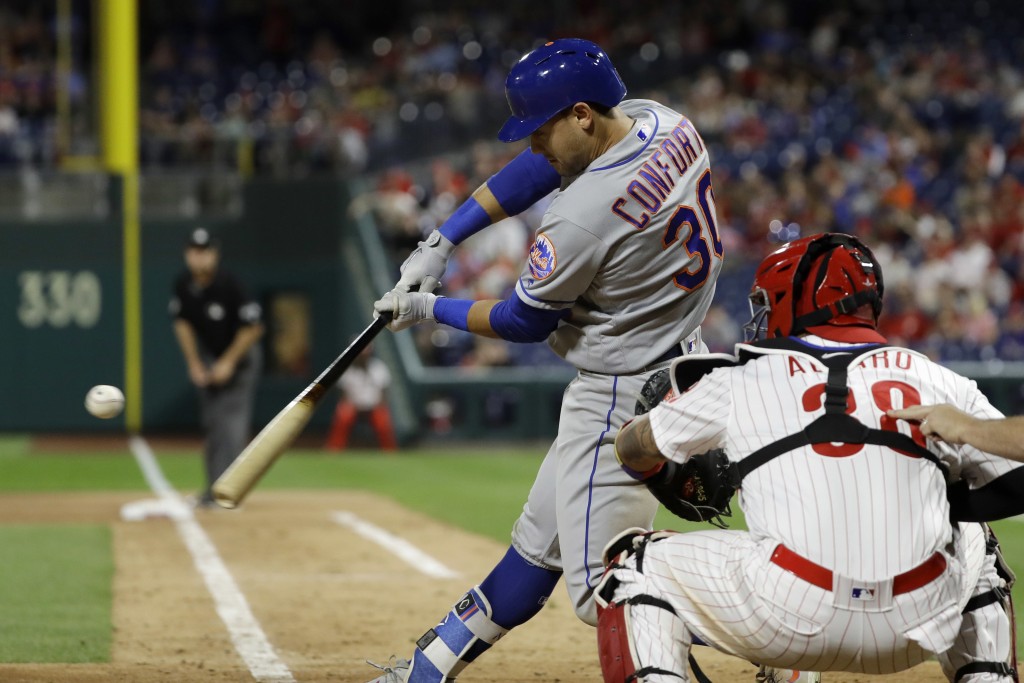 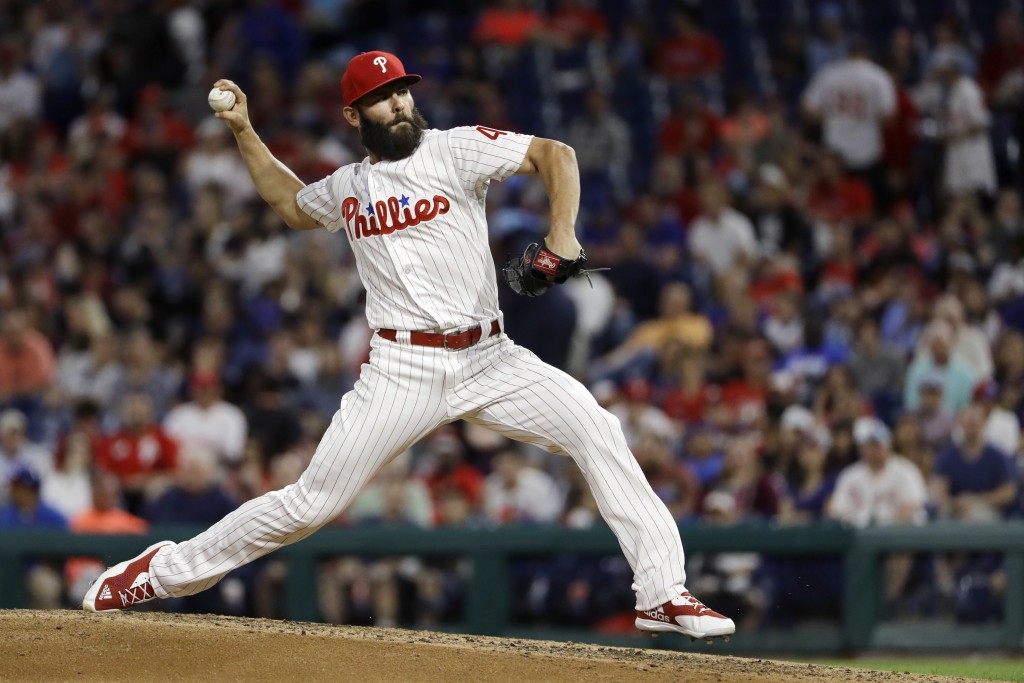 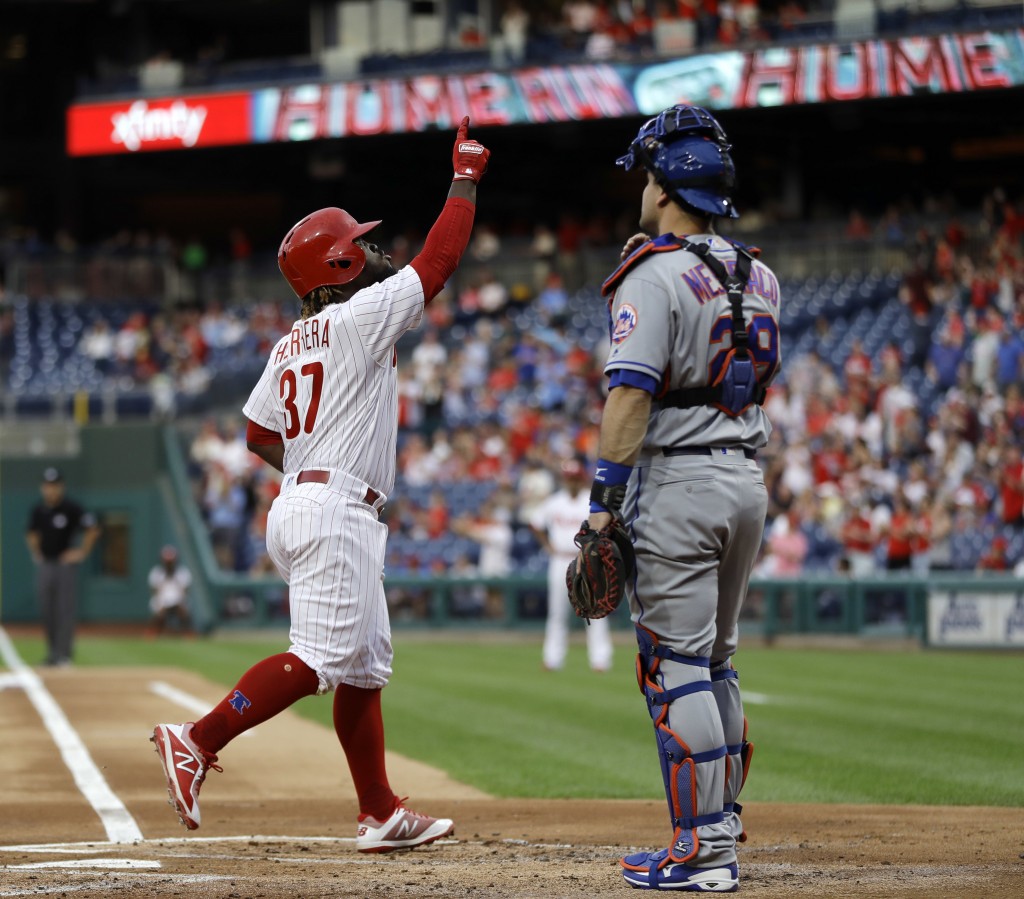 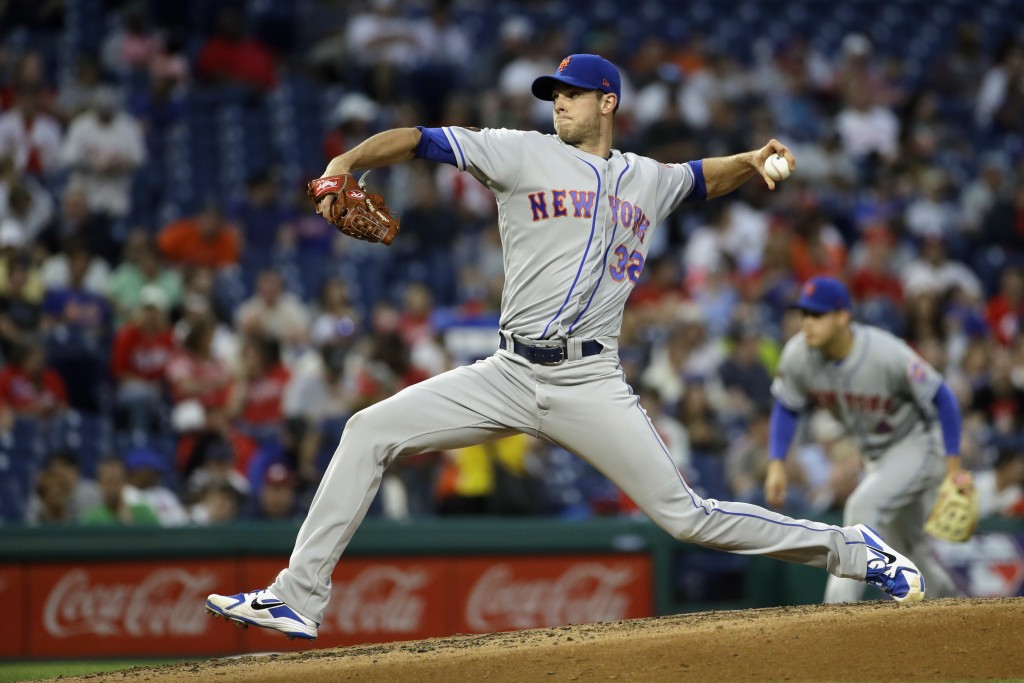 Phillies starter Jake Arrieta allowed five hits over 7 1/3 scoreless innings and they led 1-0 until Neris allowed a one-out single, Conforto's third homer and a homer to Devin Mesoraco on the next pitch. It was the second blown save for Neris (1-3) in six days, both costing Arrieta a victory.

Odubel Herrera extended his on-base streak to 40 games with a first-inning home run for the Phillies, who had won four straight.

It was only the Mets' second win in 10 games and came in improbable fashion in their first game since an embarrassing gaffe in Wednesday's loss to Cincinnati in which they batted out of order, squashing a first-inning rally.

"I was surprised when the sun came up," manager Mickey Callaway said before the game.

Callaway said he told the players he "messed up, big time," held a pregame meeting with the coaches and staff and tinkered the pregame procedures.

"The thing you try to do now is make sure it doesn't happen again," Mets assistant general manager John Ricco said.

Jeurys Familia (2-1) worked a perfect ninth for the Mets, who had scored two or fewer runs in seven of their previous nine games.

Herrera, who went 2 for 3 and is hitting .360, pulled a curveball to right off Steven Matz to move into a tie with Willie Montanez for the seventh-longest on-base streak in Phillies history. Mike Schmidt holds the record (56 in 1981-82).

The Phillies fell to 7-14 against NL East opponents. They're 15-2 against the rest of the majors.

Arrieta struck out Adrian Gonzalez with two on to end the third, and was effective in holding the Mets to mostly weak contact while striking out five.

Arrieta worked around a leadoff walk and hit in the seventh, picking off Jose Reyes at first to end the threat. He was lifted after retiring pinch-hitter Juan Lagares to lead off the eighth on his 101st pitch.

Mets: OF Yoenis Cespedes (right quadriceps) was in the lineup but only at 85 percent, according to Callaway. . OF Jay Bruce (paternity leave) will miss the series. 1B Dominic Smith, who said he's dropped 35 pounds since last season, was recalled from Triple-A Last Vegas. . RHP Hansel Robles (right knee) was placed on the 10-day DL even though an MRI was negative . C Kevin Plawecki (broken left hand) left for Florida to continue his rehab. . Ricco said the Mets are projecting a July return for INF T.J. Rivera from Tommy John surgery.