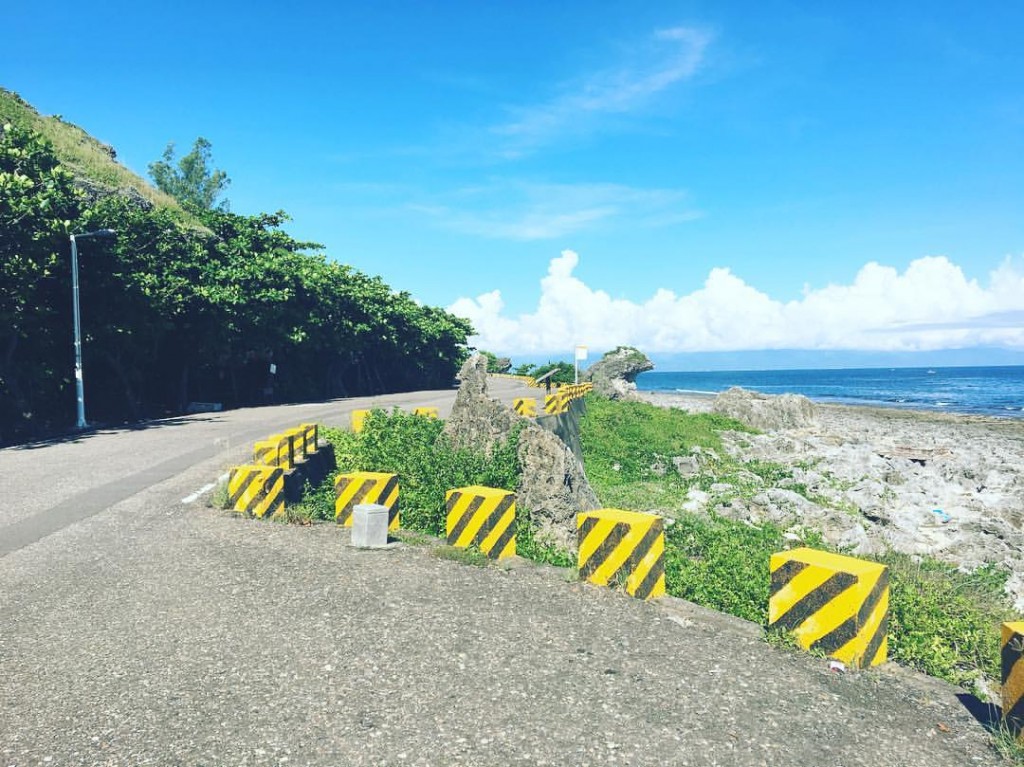 Taiwan rightly prides itself on the country's natural beauty and beautiful scenery. It can be easy to overlook it at times if you restrict your travel to the overdeveloped western plateau, but there are still plenty of places around the island rich in natural beauty.

However, Taiwan can be its own worst enemy and its people's drive for economic development often comes at a cost. I have written before about how Taiwan’s architectural heritage is rapidly disappearing as greedy developers seek to tear down Taiwan’s history and replace it with apartment blocks and shopping malls. But it is not just Taiwan’s architectural heritage that is being lost. In this article, I am going to highlight five of Taiwan’s best-known attractions which can currently be considered ‘at risk’ for one reason or another: Xiaoliuqiu is a stunning island off the coast of Donggang (東港鎮) in Pingtung County, southern Taiwan. It is Taiwan’s only coral island and home to some spectacular geological formations and unique ecology such as the famous Xiaoliuqiu sea turtles. It has just 13,000 residents, but in peak season can attract up to 3,000 tourists every day. And their impact is not being felt.

One of the big issues is waste. Tourists generate a lot of waste and this causes pollution across the island as well as in the surrounding seas. It is estimated that the amount of garbage in Xiaoliuqiu has grown fivefold in the last five years alone. Locals are trying to combat this by moving towards making Xiaoliuqiu a ‘no plastic’ area, with disposable drinks cups, chopsticks, and straw being cut back on and degradable lunchboxes being introduced.

This is not the only issue faced by the island with many photo-obsessed tourists trying to interfere with the turtles and causing damage to Xiaoliuqiu's delicate rock formations and wider ecosystem in search of the perfect photo. Locals have called on Government agencies to do more to protect the island. And unless steps are taken, perhaps including restrictions on the number of tourists allows to visit Xiaoliuqiu, then the island could face irreversible damage.

Taroko National Park and the famous Taroko Gorge is perhaps Taiwan’s most famous and spectacular natural attraction. But unless you have arrived at Taroko via the winding and treacherous mountain roads, you cannot fail to have noticed the huge and extremely ugly Asia Cement plant which dominates the landscape at the mouth of the gorge.

Asia Cement has long held minerals to quarry in Taroko Park and despite the area’s national park status, international reputation, and crucial role in Taiwan’s tourism sector, they have just been granted a 20-year extension to these rights. The decision has been hugely controversial with both environmental groups and aboriginal rights activists up in arms about it.

The best way to get a sense of the irreparable damage that Asia Cement has caused to the Taroko National Park is to take to the skies. Documentary filmmaker Chi Po-lin (齊柏林) did exactly that for his film Beyond Beauty: Taiwan from Above which won Best Documentary at the 2013 Golden Horse Awards. That film showed one mountain in the region which had been completely hollowed out by the cement company. Sadly, Chi died in a helicopter crash while filming the sequel to that movie. But the film has been completed and is expected to show further environmental damage to the Taroko Gorge area. Yunlin is a rural area of central Taiwan which has managed better than most parts of the western plateau to retain some of its former natural beauty. But heavy industry in the area is putting this and the lives of local residents at risk. A particular problem can be found with the Formosa Petrochemical Corporation’s Sixth Naphtha Cracking Project, which is one of the country’s main sources of both petrochemicals and plastics.

Smoke from the plant is constantly being released into the environment and its impacts have been devastating. Locals report the air having a thick acidic odor, with many having to keep windows closed in their homes. Even more worrying, cancer rates in the area around the plant are significantly higher than the national average. Cases of leukemia, oral cavity cancer, and liver cancer are especially high with villagers in the neighboring Taisi Township saying that ten people have died of the diseases in recent years alone. That is far more than would normally be expected and four times the national average.

Air pollution in the region is among the highest in the country with PM2.5 emissions of more than 645 times the permitted levels recorded. The environmental impact of this has been profound with many birds that used to be commonly seen in the area disappearing altogether. At the same time, untreated waste-water from the plant has polluted local rivers and even the sea in the region, with local dolphin and fish populations also being affected. Little wonder that visitors to the area are rare and many locals are trying to leave. Overdevelopment is not just an issue which has affected the west of Taiwan. Visitors to Kenting are often surprised at the number of hotels and second-homes that have been permitted (or often just built illegal and not torn down) in the area despite its National Park status. But for some locals it seems, even this isn’t enough. Residents in the area, especially around the northern section of the park near Hengchun have been calling for the downsizing or even complete removal of Kenting National Park to allow further development of the area.

They have called for the complete restructuring of the Hengchun Peninsula Scenic Area, and the downgrading or removal of Kenting National Park. Their motivation appears to be to enable the building of yet more homes and hotels for the short-term economic benefit of local landowners. As is so often the case in Taiwan, the long-term benefits of preserving Taiwan’s natural and historical heritage is being overshadowed by the chase for a fast buck.

The group has submitted petitions to the national government and been very vocal in their protests. There is no clear evidence yet that they are going to get their way, but the movement is growing and as a result the risk of Kenting National Park becoming even more overdeveloped appears to be a genuine one. As it is, Kenting is already bucking the national average, with visitor numbers dropping markedly last year. Many put this down to an excess of overpriced and tacky tourist attractions which have taken away from the main appeal of the area, which is its natural beauty. From the very south of Taiwan to the very north, overdevelopment remains a real problem. In Jiufen, the picturesque village clinging to the hillsides of Taiwan’s northernmost tips, there are concerns that its popularity with tourists could see it deteriorate in the same way Kenting town has.

Jiufen attracts more than 4 million tourists a year and is particularly popular with Japanese tourists. But the result of these numbers has been a vast increase in the facilities available to service them. Bed and Breakfast numbers in the area have grown exponentially, with new buildings constantly popping up on the mountainsides and impacting on the areas spectacular views.

In Jiufen itself, a growing number of souvenir shops, new tea shops, and food outlets have seen the town historical buildings and more famous outlets becoming overshadowed. Meanwhile, tourists being with them produce more waste, huge traffic jams on the winding mountain roads, and plenty of disruption for locals. Jiufen is already far from the tranquil mountain town it once was and the fears of it becoming the Kenting of the north appear genuine. 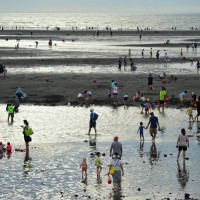 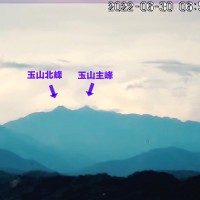 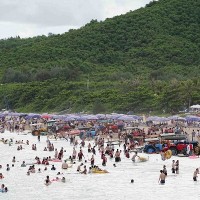 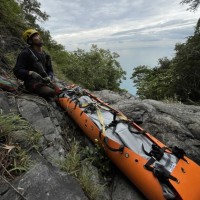