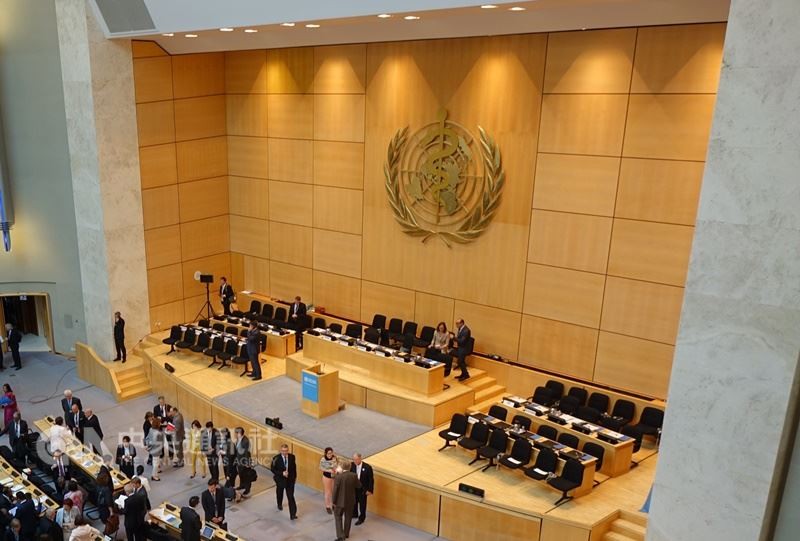 TAIPEI (Taiwan News) — Taiwan’s Ministry of Foreign Affairs (MOFA) said in a statement Tuesday that it regretted Taiwan did not receive an invitation to the World Health Assembly (WHA) scheduled for May 21 to 26.

May 7 was the registration deadline for invited member states of the World Health Organization (WHO) and observers to confirm whether they will take part in the upcoming conference held in Geneva, Switzerland.

Before 2017, Taiwan had participated in WHA as an observer for eight consecutive years. However, due to growing pressure from the Chinese government on WHO and other international organizations, Taiwan has been excluded from this year's WHA and continues to face challenges in working with the international community.

In a statement issued on Tuesday morning, MOFA emphasized that only Taiwan's elected government could represent the people in Taiwan and it was responsible for the health of over 23 million Taiwanese people.

The Taiwan government “calls for WHO to include Taiwan in WHA and conferences, mechanisms, and activities affiliated with the organization, on the basis of upholding the human rights to global health activities and achieving disease prevention comprehensively,” MOFA said.

MOFA said WHO should note that Taiwan had built long-term partnerships with other WHO member states, made solid contributions to improving worldwide public health situations, and played an important part in various efforts to prevent diseases.

MOFA also expressed gratitude toward Taiwan’s allies and like-minded countries for voicing their support for the country's participation in WHA.

On May 7, the World Medical Association (WMA), a body representing 114 national medical associations around the world, including the Taiwan Medical Association (TMA), released a statement saying it had written a letter to Tedros Adhanom, director general of WHO, to express disappointment for the organization’s decision to exclude Taiwan from WHA.

“We are concerned that the participation of Taiwan in global health activities of WHO might be extremely limited. Behind these restrictions we can see only political reasons. But as physicians we reject the idea of a political instrumentalization of global health,” says the statement.

“When ‘Health for All’ (a movement run by WHO) is meant seriously and ‘Universal Health Coverage’ (WHO’s priority objective) shall be truly universal, the factual lockout of more than 23 million people from WHO is not acceptable,” continues the statement.

In fact, WMA was earlier reported to have received pressure from WHO, which asked it to alter the name of TMA to the Chinese Taipei Medical Association.

After the protest from TMA and a consultation with the other members through a conference call in March, WMA reached a decision not to alter the name of TMA.

Also on May 7, the Mainland Affairs Council (MAC), Taiwan’s top office handling cross-strait affairs, released a harshly-worded statement in the evening, saying Beijing’s attempt to exclude Taiwan from WHA had done harm to the stability of the cross-strait relations.

MAC accused Beijing of wrongly citing the United Nations General Assembly Resolution 2758 and the Resolution WHA25.1 for its own purposes and imposing the so-called “one-China” principle so as to prevent Taiwan from taking part in WHA.

MAC added that China’s political approach had not only violated the constitution of WHO, but also the rights of Taiwanese people.

Even though Taiwan is not invited to WHA, the country’s Health and Welfare Minister Chen Shih-chung (陳時中) said earlier he would lead a delegation to Geneva, where they would hold bilateral meetings with other countries such as the U.S., reports said.

Other activities promoting Taiwan’s participation in WHO will also be held in cooperation with MOFA, NGOs, and overseas Taiwanese communities, reports said.