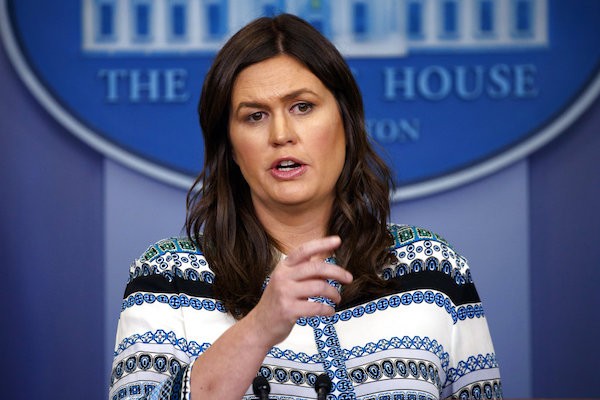 TAIPEI (Taiwan News) — The spokesperson for the U.S. White House asked China to stop imposing its political correctness on American airline carriers, condemning such an act as “Orwellian nonsense” on Saturday (all times local).

China’s civil aviation authorities demanded that 36 foreign airline companies remove Taiwan, Hong Kong, and Macau from the list of countries on their websites or other materials, including some American companies.

Sarah Sanders, the White House spokesperson, said in a statement on Saturday that “this is Orwellian nonsense and part of a growing trend by the Chinese Communist Party to impose its political views on American citizens and private companies,” reported the Guardian.

In addition, a spokesman for an American airlines’ trade union told the Guardian that the union would continue to “work with U.S. government officials as we determine next steps.”

Taiwan’s Ministry of Foreign Affairs (MOFA) on Sunday expressed gratitude to the U.S. government for its open statement against China’s maneuver.

MOFA called for other members of the international community to be alert of Beijing’s interference in the operations of private enterprises, and to stand up against unreasonable demands made by China.

In fact, one American airline, Delta Air Lines, was singled out by Beijing in January for listing Taiwan and Tibet as countries on the company website.

Delta made an apology afterwards and said it was “an inadvertent error with no business or political intention.”

As of now, Tibet is gone from Delta’s list of “Country/Region” on the website, but Taiwan remains as a separate category from China. The term “Orwellian” used in the White House spokesperson's statement is in reference to English writer George Orwell’s dystopian novel “1984.”

The book describes a world ruled by a totalitarian regime, which places its people under constant surveillance and eliminates those who show signs of rebellion or disloyalty without proper trial. The totalitarian regime also conducts mind control and tempers with facts and history through its propaganda agency.