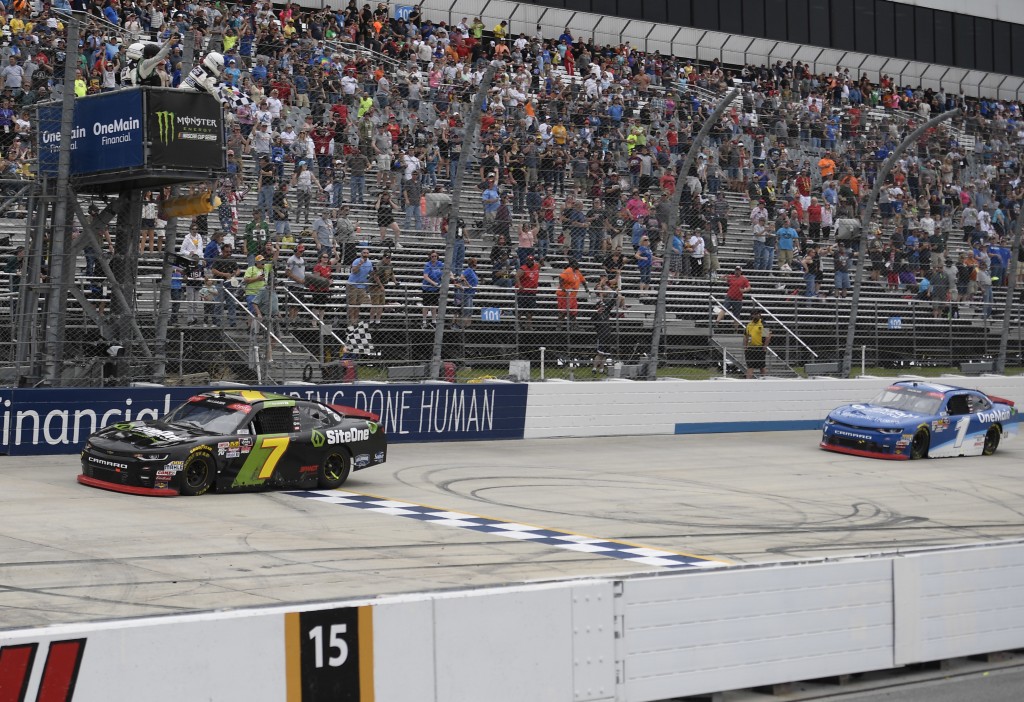 DOVER, Del. (AP) — Justin Allgaier won a $100,000 bonus by holding off teammate Elliott Sadler in a door-to-door race through the final turn at Dover International Speedway to win the Xfinity Series race on Saturday.

Sadler used lapped traffic to set up his attempt to snatch the lead from Allgaier and played it perfectly as he pulled alongside Allgaier. The two Chevrolets touched and Allgaier wiggled but held on for the victory.

"That race, you couldn't ask for anything better," Allgaier said. "You can never think about these finishes, about how they are going to come. When we were coming to the checkered and we were in the fence, I was thinking how disappointed I would be (if we didn't win)."

Allgaier collected the $100,000 bonus from series sponsor Xfinity with the victory. His first win of the season was also his first at the Delaware mile and came during a year in which he'd finished second three times already this season.

"I have three great teammates and the amount of respect Elliott showed me out there was great," Allgaier said. "Obviously, we got together coming to the checkered, but I expected that. He had to do what he had to do and we did what we had to do.

"This whole team is incredible and to be part of this group is something special. I think we have a great shot at a championship."

NASCAR started the race one hour earlier than scheduled to avoid rain and completed the event without interruption.