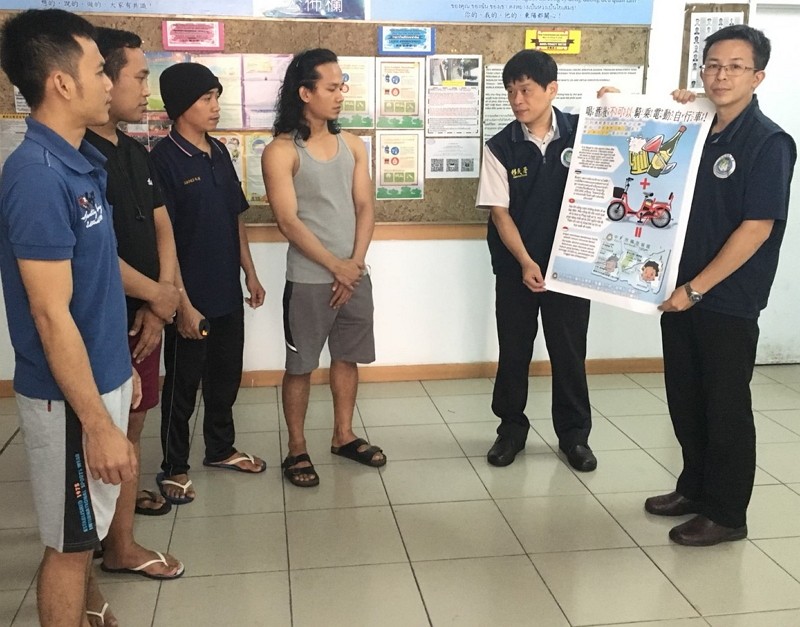 TAIPEI (Taiwan News) – A total of 56 migrant workers in 2017 and 27 between January and April this year were ordered to leave Taiwan for driving or riding electric bikes under the influence, according to a statement released by National Immigration Agency (NIA) on May 4.

Among the deported, Vietnamese took up the lion’s share, accounting for 70 percent, followed by laborers from Indonesia and Thailand.

The NIA Tainan Branch pointed out that a female Vietnamese surnamed Nguyen working in a Tainan factory was caught red-handed riding an electric bicycle while intoxicated from a gathering with friends during the Tomb Sweeping Festival in April, the NIA statement said.

Nguyen was convicted and sentenced to two months in prison, which could be commuted to fines. Just when she thought the case would be settled after paying the fine, she was petrified to find that her work permit and residence permit had both been revoked, and thus she was due to be deported from the country.

According to NIA officials, most migrant workers in Taiwan are not aware that drunk riding an electric bike – a popular transportation means among the group – is a criminal offense until being caught, reported CNA.

The issue has come to the attention of the NIA as the agency is receiving a rise of notices from the Ministry of Labor indicating the cancellation of work permits for a growing number of migrant laborers due to DUI charges.