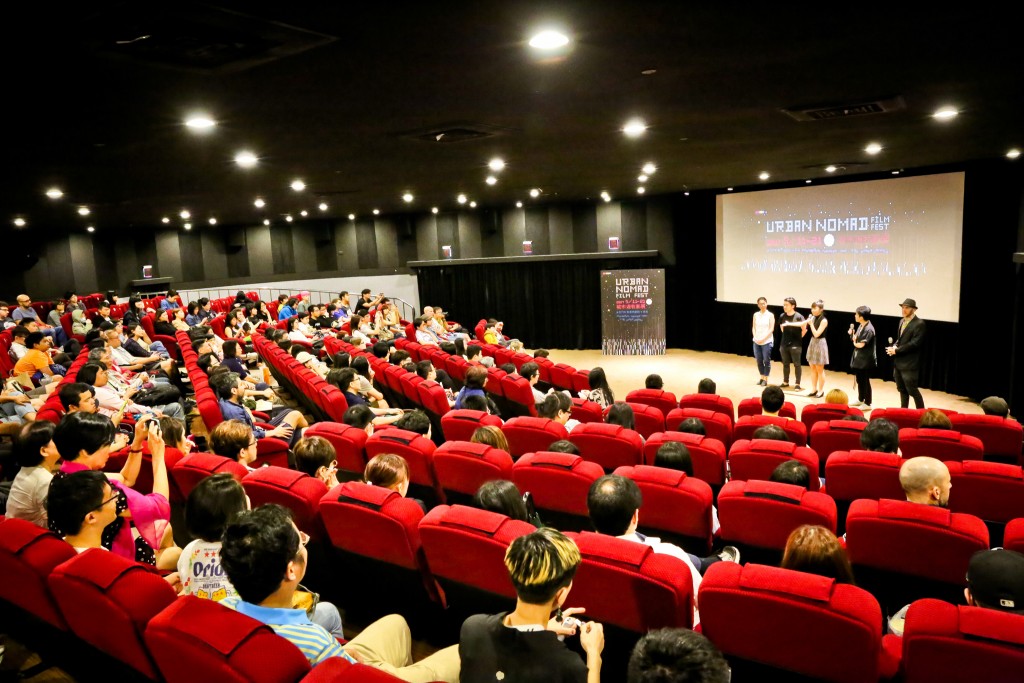 The Urban Nomad Film Fest will screen international and local films at Wonderful Theater in Ximen and other locations from May 17 through May 27. This year's festival will feature film of various themes, such as Grrrl Power, disruption and technology, music, art, and shorts.

American Curator/Co-Founder David Frazier says the Film Fest is comprised of two main parts: the international curator screenings and the film competition, with the international section to "bring in all these cool new, interesting, progressive ideas in film making from all around the world."

"The function of art is to provoke you into thinking something or understanding you might not have [understood], or viewing the world a little bit differently, seeing possibilities for the future differently."

"Here to Be Heard: The Story of the Slits" is this year's opening film, produced by Jennifer Shagawat, who is a riot Grrrl musician in the US (Brooklyn-based) indie band Shellshag. This story details the story of the American punk rock group, The Slits, and how they changed the landscape of American rock music. One of the most anticipated films is "Metal Politics Taiwan," directed by German Marco Wilms. This film follows the evolution of Freddy Lim from metal rock star to national political figure and a member of Taiwan's parliament. Another must-see film comes from Taiwanese film director Huang Ming-chuan. "Face the Earth" (肉身搏天) is a film that captures the works of Taiwanese performance artist Yang Chin-chih, who has showcased his thought-provoking, ecological work in New York City for over 30 years. Xiao-ying (小應 ), who starred in the Taiwanese blockbuster "Cape No. 7" (海角七號), willpresent a short film drama/comedy on indie music in Taipei, called "EX."

Frazier describes the Taiwan competition as "a platform for local creatives," including foreigners and Taiwan nationals, which allows local films to shine on a big stage at Urban Nomad. The competition will present 28 short films, directed by Taiwan's budding filmmakers.

Many international and locally famous filmmakers will also make appearances at film screenings and engage with the audience. The festival will include visits by producer and director Marco Wilms ("Metal Politics Taiwan"), Jennifer Shagawat ("Here to Be Heard: The Story of the Slits"), Taiwan-based director Luke Cameron, ("The Way"), director Nicole Wegner, ("Parallel Planes"), and Xiao-ying(小應) ("EX").

"The whole [idea] of a film festival, is that the director has a chance to talk directly to the audience, get feedback. And it's important: a film, like any other art, [has] the function is to communicate."

"We have a great rooftop lounge two floors above the theater, which will host events both Saturdays nights of the Film Fest: the first Saturday is a graffiti party, second Saturday is a surf film afterparty which follows the screening of "The Way," with director Luke Cameron in attendance. Both parties will have lucky drawings, a DJ, drinks and other fun elements."

There will be [great] opportunities to meet and connect with filmmakers and other creative people involved with the festival and I would like to invite everybody to come participate in those events. [This is] a way of getting a deeper kind of connection. It's a good festival; it should be fun." Established in Taipei in 2002, Urban Nomad is a curation of local and international indie (independent) films and a platform for the Taiwan local film community and creates relationships for Taiwan's indie film scene and neighboring countries. Urban Nomad holds annual screenings in Taipei and other Taiwanese cities, with the May Film Fest as the major event.