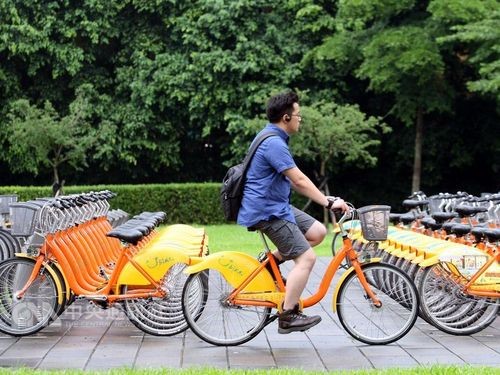 Taipei, May 3 (CNA) YouBike, a popular public bicycle sharing system, is to offer personal injury insurance with expenses to be absorbed by new operator, head of the city's Department of Transportation (DOT) said Thursday.

Chen Shyue-tair (???) said in a meeting at Taipei City Council that the current YouBike contract expires at the end of this year and that the city government will put a new contract up for bids.

Operations for next year will be similar to the current model, Chen said, but the new contract will also include personal injury insurance for users to be purchased by the operator.

The new YouBike contract will also state that the operator needs to purchase personal injury insurance and third party liability insurance, with the cost to be covered by the operator, Wang said.

After being insured, YouBike users will be able to file claims if they have accidents regardless of whether they are caused by the cyclist or someone else, Wang noted.

However, the insurance process will require the collection of personal information and the operator will need to discuss related procedures with the insurance company, Wang said, adding that it needs to also include an option for those unwilling to provide such information.

The information needed for personal injury insurance includes the user's full name, national identification card number, birthday, phone number and address, Wang said, adding that it has not yet been decided whether the data collected will be managed by the city government or the operator.

At the meeting, Kuomintang Taipei City Councilor Tai Hsi-chin (???) said statistics show there are currently 13,072 YouBike bicycles and 400 YouBike stations in Taipei, and the current contract with Giant Bicycles is set to expire at the end of this year.