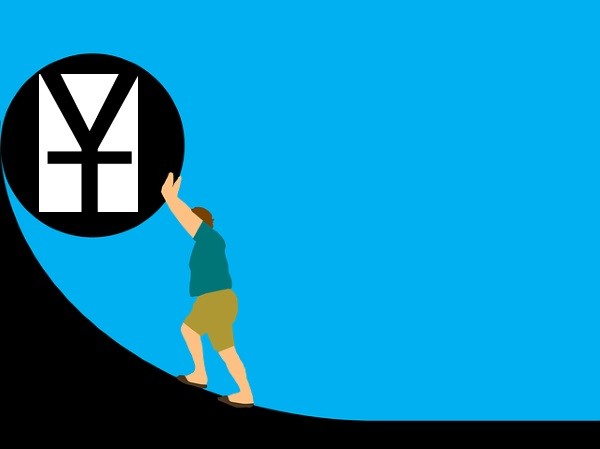 If you ask 100 people in the street to point to the Dominican Republic on a map, the overwhelming majority would be unable to do so.

This small country (which for your information is located just to the south-east of Cuba in the Caribbean) shares the island of Hispaniola with Haiti and is as far from being a global power as you can get. It is home to 10 million people and the world’s 76th largest economy, which is largely built on tourism and mining.

And yet the Chinese Communist Party has judged that diplomatic recognition from the Dominican Republic is worth US$3.1 billion. The reason might seem obvious. China is ramping up its ongoing diplomatic assault on Taiwan by trying to steal its diplomatic allies at any price.

This is a factor of course. The Communist regime in China is fundamentally opposed to the democratically elected Taiwanese government given its unfounded claims to sovereignty over Taiwan. Any action which could be seen as damaging to the Taiwanese government and Taiwan’s international standing is therefore of interest to Beijing.

But the CCP is not economically illiterate. It is highly unlikely that political point-scoring against Taiwan would be justification alone for throwing such a huge chunk of money at a relatively small Caribbean country.

So how is the dollar diplomacy strategy of Beijing justified? A better insight can be found by looking at the detail of their deal with the Dominican Republic and their economic relations with other developing countries around the world.

Needless to say, China has not publicly revealed how much they offered to the Dominican Republic to win their diplomatic support. Indeed, they even went so far as to try and claim that the move was a political one with “no economic pre-conditions”.

But Taiwanese sources put the figure at US$3.1 billion and there is no other sources seem to be questioning this. However, this is not a simple cash payment. Rather this will be a package of investment and loans.

That may well the case, to begin with. China needs to make the deal sweet to entice the Dominican Republic in. But like all good honey-traps, it is once the prey has been snared that the true situation begins to become clearer.

As a single party authoritarian regime, the CCP is able to take a much more long-term approach to its policies than most democratic regimes. It does not hesitate to take advantage of this in its overseas diplomatic efforts.

As Brahma Chellaney, professor of strategic studies at the New Delhi-based Center for Policy Research told CNBC towards the end of last year, “Just as European imperial powers employed gunboat diplomacy, China is using sovereign debt to bend other states to its will…. Because China chooses its projects according to their long-term strategic value, they may yield short-term returns that are insufficient for countries to repay their debts.”

In other words, they choose to invest in projects which will not create enough economic benefits for the country to meet their outstanding debts to China in the near future. These loans may seem low interest at first, but the amount owed and indeed interest rates applied will quickly escalate, thereby handing a huge amount of political leverage to the CCP.

And there are plenty of examples of the CCP taking full advantage of this by taking control of natural and strategic assets to the detriment both of the developing country and of wider global stability.

Perhaps the biggest example of this to date has been in Sri Lanka. They were unable to meet their debt obligations to China and were instead forced by the CCP to hand over the major southern port of Hambantota to the CCP-owned China Merchants Port Holdings in a $1.1 billion deal.

The Hambantota deal has been compared to the British colonial move to control Hong Kong and is viewed by most experts as directly undermining Sri Lankan sovereignty. But the Sri Lankan government was given no choice in the matter by the CCP.

This is not the only example. The next port likely to be seized by the CCP is Mombasa in Kenya, the gateway to East Africa, as Kenya is currently faced with impossibly huge debts to China.

The East African country of Djibouti also found itself saddled with unsustainable Chinese debt and has been forced to lease one of its military bases to China for just US$20 million a year. This has given the Communist Party’s People’s Liberation Army its first overseas base as well as a foothold in Africa.

Another appears likely to swiftly follow in the Pacific island nation of Vanuatu, where another debt-equity swap deal which would include an unspecified military base is supposedly under discussion. Other Pacific nations are facing similar pressures.

And in Turkmenistan, debt has been used to secure control of a huge natural gas pipeline on terms that are hugely favorable to China.

The real purpose of the Belt and Road strategy

The majority of these examples stem from projects under China’s flagship Belt and Road policy. This is billed by the CCP as an aid and investment project, but the reality appears to be much more like a strategy to use China’s economic clout to set debt traps and then secure lucrative or strategic assets in return.

And it is not limited to these few examples cited here. The AidData research lab at the College of William & Mary in Virginia has worked with researchers at Harvard University and the University of Heidelberg in Germany to identify more than 5,000 such projects in 140 countries around the world.

It seems like the Dominican Republic can now also be added to this list. How long will it be before the CCP has control of their biggest asset, the Pueblo Viejo mine, the world’s second-largest gold mine? Or perhaps there will soon be a People’s Liberation Army base in the Caribbean, within striking distance of the US mainland?

Whatever the future holds for the Dominican Republic, the evidence strongly suggests that by taking China’s short-term economic incentives, the country is setting itself up for a future where its main economic assets and perhaps even its own territorial sovereignty will be at the behest of the Chinese Communist Party.