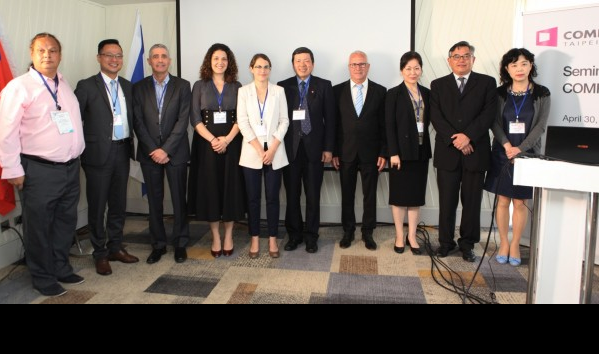 TAIPEI (Taiwan News) – A spokesman for Israel’s largest venture capital group Viola Ventures recently stated that Taiwan’s presence and projects in Israel have been too small. Now it seems that Israel and Taiwan are aiming to change that.

A delegation of business representatives led by the Taiwan External Trade Development Council (TAITRA) was invited to visit Israel this past week to explore possibilities of cooperative projects with Israeli firms.

An MoU was signed by the President and CEO of TAITRA, James Huang, and the Director General of the Israel Export and International Cooperation Institute, Gadi Arieli. The agreement aims to encourage closer cooperation between Israel and Taiwan in private and public sectors.

The signing of the MoU follows the successful “Computex and Taiwan Innovation Conference” held in Tel Aviv on April 30, where Israeli businessmen and industry representatives were introduced to some of the cutting edge technologies being developed in Taiwan, like projects related to AI and the Internet of Things, reports Liberty Times.

It is hoped that new partnerships, especially in high technology industries, will boost trade and economic development in the both countries.

The head of the Israeli division of Nuvoton, one of Taiwan’s large semi-conductor manufacturers, said that “Taiwan has not made use of all of the innovative resources Israel has to offer, and should strengthen cooperation, by establishing a technology research and development center in Israel.”

The director of TAITRA fully agrees and said that with TAITRA’s help such an R&D facility can be established.

“In the future we intend to bring more Taiwanese companies to Israel and we will also invite leading Israeli companies to come to Taiwan and showcase their technologies,” he added.

A video report on the Israel National News provides interviews with both James Huang and the Taiwan’s representative to Israel James Kuobong Chang, speaking on the plans for future cooperation between the two countries. 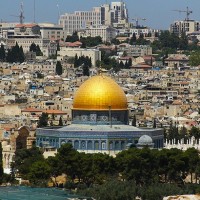 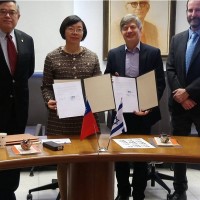