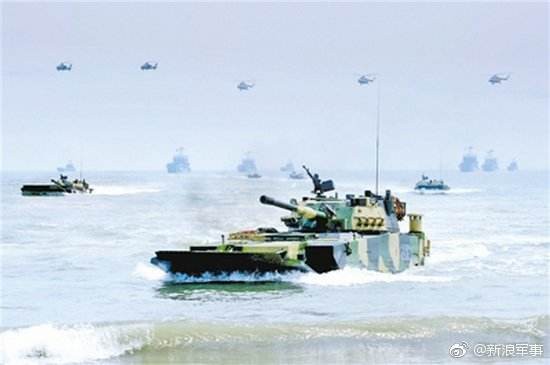 TAIPEI (Taiwan News) -- In his latest article posted in The Diplomat, American researcher Ian Easton assesses the likelihood of a Chinese "flash invasion" of Taiwan.

In an article published yesterday (May 2) titled "Could China Flash Invade Taiwan?' Easton, a fellow at the Project 2049 Institute and author of "The Chinese Invasion Threat," lays out a scenario in which the Chinese military would successfully conceal an invasion force and suddenly strike with lightning speed, rapidly overwhelming Taiwan's defenses, capturing all surviving leaders and planting its five-star Red Flag on top of the Presidential Palace.

The plan of attack

Though at first glace it may seem far-fetched, the scenario is actually based on a PLA attack plan for the Port of Taipei captured by Taiwan intelligence officers in 2008. In the plan, Chinese forces would covertly marshal along the coast of Fujian across from Taiwan, while Beijing would announce "military exercises" in the Taiwan Strait.

The troops would then secretly board civilian vessels that routinely traverse the waters between China and Taiwan and while the "exercise" was being held, the ships would sail to the Port of Taipei where soldiers and tanks would stream out. They would quickly be joined by more forces deployed by helicopters and ships.

To avoid being stranded on Taiwan's craggy beaches, Chinese hovercrafts would whisk commandos down the Tamsui toward Taipei, while paratroopers would swoop onto Taoyuan International Airport, soon much of Northwestern Taiwan would be overrun with PLA shock troops.

To prevent Taiwan from mounting much of a defense, the PLA would also launch "cyber attacks, missile strikes, targeted assassinations, submarine ambushes, and heavy bombing." Another part of the plan called for a diversionary assault on Penghu to tie down Taiwanese forces in central and southern Taiwan, and to prevent them to coming to the aid of Taipei. Easton says that in reality "It would be almost impossible for the PLA to pull-off such a daring operation." The plan's fatal flaw is that it relies entirely on Taiwan caught completely by surprise, otherwise it could quickly plant mines in the Taiwan Strait, effectively ending any ship traffic in the area for an extended period of time.

It turns out that keeping such a massive invasion is highly difficult to keep a secret, as this plan itself was discovered by Taiwanese intelligence officers in 2008. According to Easton, the leaked plan spurred Taiwan to shift it's 66th Marine brigade to the hills around Taipei to quickly respond to any amphibious assault on the Port of Taipei.

As for missile strikes on Taipei, Tien Kung and Patriot missile batteries have been placed around the capital city. The Taiwan army's Guandu Area Command has made preparations to blunt an assault of the Tamsui River delta by hovercraft, while mechanized infantry and armored units based in Taoyuan's Yangmei District and Hsinchu's Hukou Township are trained to seal off Taoyuan International Airport and nearby beaches.

To deal with Chinese naval vessels, dozens of fast missile boats prowl the waters off northern Taiwan and anti-ship missiles that were once housed in static bunkers have been placed on truck launchers to evade attack and better target threats as they arise.

Easton warns that though such a rapid assault would likely fail based on China's current military capabilities, it is sparing no expense on rapidly beefing up its armada to overwhelm Taiwan's rapidly aging and shrinking armed forces. For example, Taiwan's armed forces have shrunk from 270,000 personnel in the early 2000s, to 180,000 as it tried so switch from a compulsory to a an all-volunteer army.

Taiwan's fighter jets, naval fleet, and ground forces all suffer from rapidly aging equipment as the U.S. continues to dither on sending Taiwan more advanced, modern weapons such as the F-35 fighter jet. Easton advises the U.S. government open up more military facilities such as in Hawaii and Guam to the training of Taiwanese forces, allow more exchanges of high-ranking military officials and to start selling modern weapons to Taiwan on a regular basis. 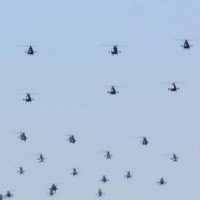