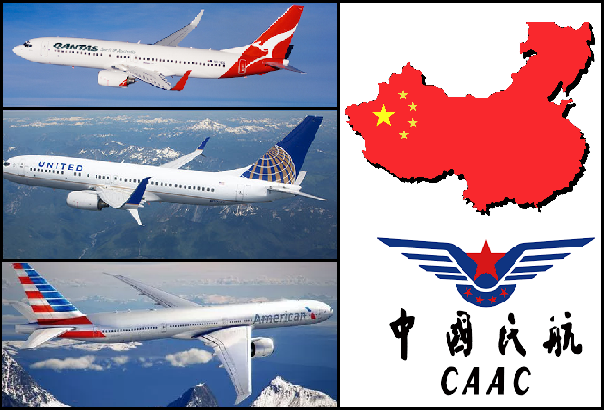 TAIPEI (Taiwan News) – A full week has passed since airlines in the United States, including United and American, received a threatening letter from the Civil Aviation Administration of China (CAAC), demanding that they change their designation of Taiwan on their websites to be in accordance with “Chinese law.”

To date, the two U.S. airlines have not altered their web pages, and Taiwan is still listed independent of China on their flight booking pages, despite the CAAC letter’s threat that the airlines may be referred to “cyber security authorities.”

Some media outlets have suggested that Beijing may be threatening to entirely block company websites within the Chinese intranet if they fail to comply with “Chinese law.”

The Foreign Policy report noted that a spokesman for the U.S. State Department said that they “object to Beijing dictating how U.S. firms, including airlines, organize their websites for ease of consumer use. Chinese companies’ websites operate freely and without political interference in the United States.”

In other airline news, a similarly threatening letter as the one sent to United, and American Airlines, has also reportedly been sent to Australia’s Qantas Airlines by the CAAC, according to Australian media.

Qantas Airlines made headlines earlier in the year when it originally chose to acquiesce to China’s demands to change some designations of Taiwan on its website, releasing the official statement that on Jan.16 that; “Due to an oversight, some Chinese territories were incorrectly listed as countries on parts of our website. We are correcting this error.”

However, Qantas has apparently been slow to comply with the dictates of Beijing and Qantas may now also be referred to the “relevant cyber security authorities.”

The Sydney Morning Herald notes that as of this week “Taiwan's capital city Taipei was still listed as part of Taiwan, not China, on both Qantas' and its low-cost arm Jetstar's booking systems.”