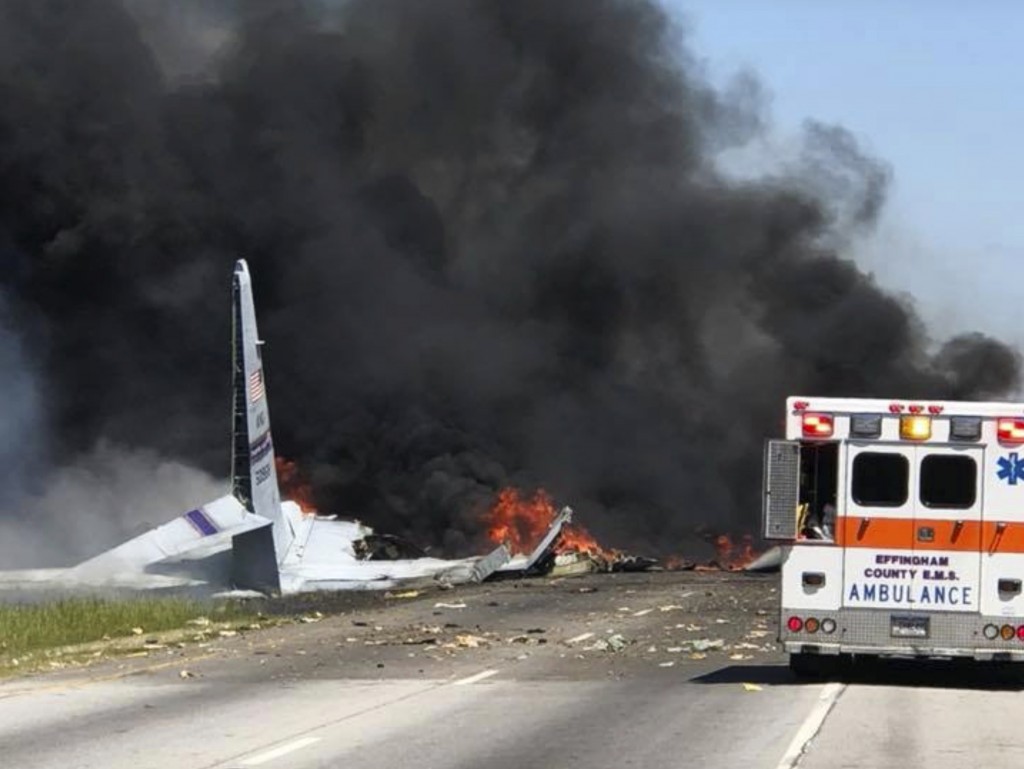 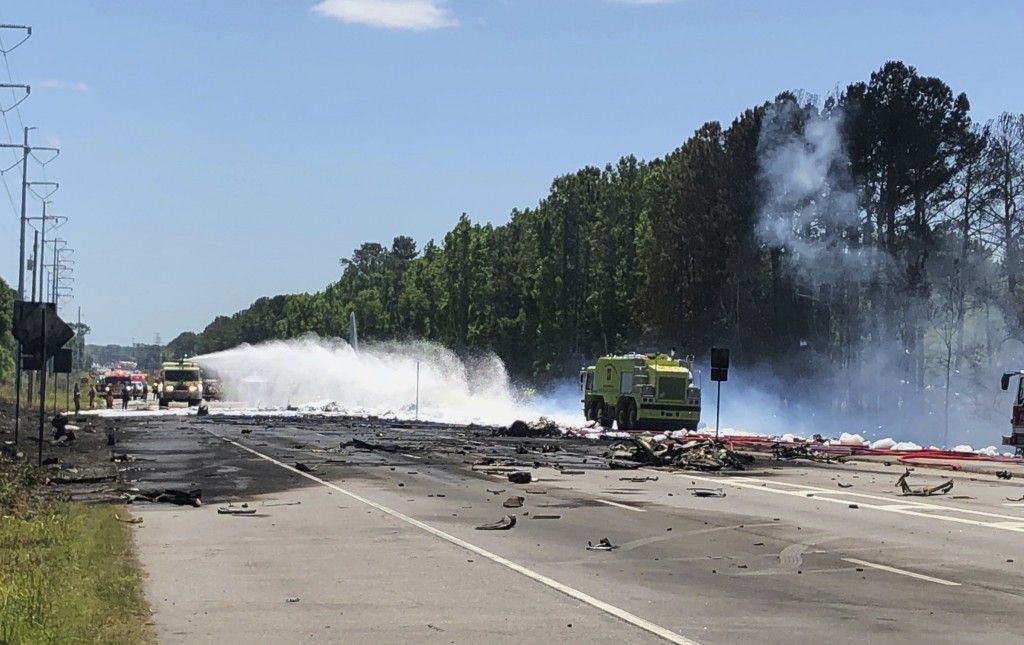 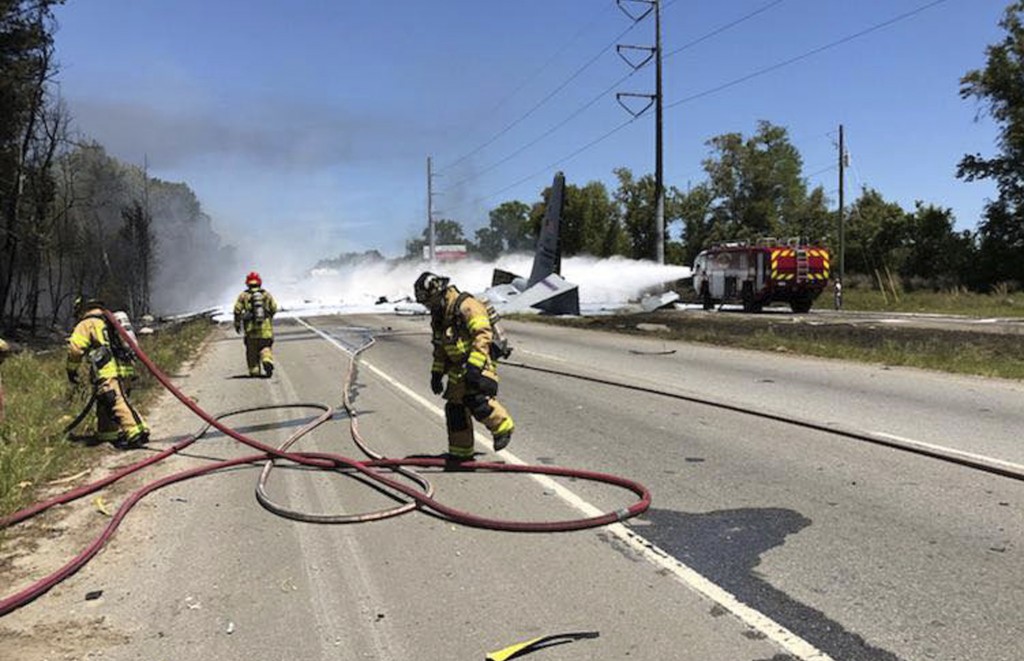 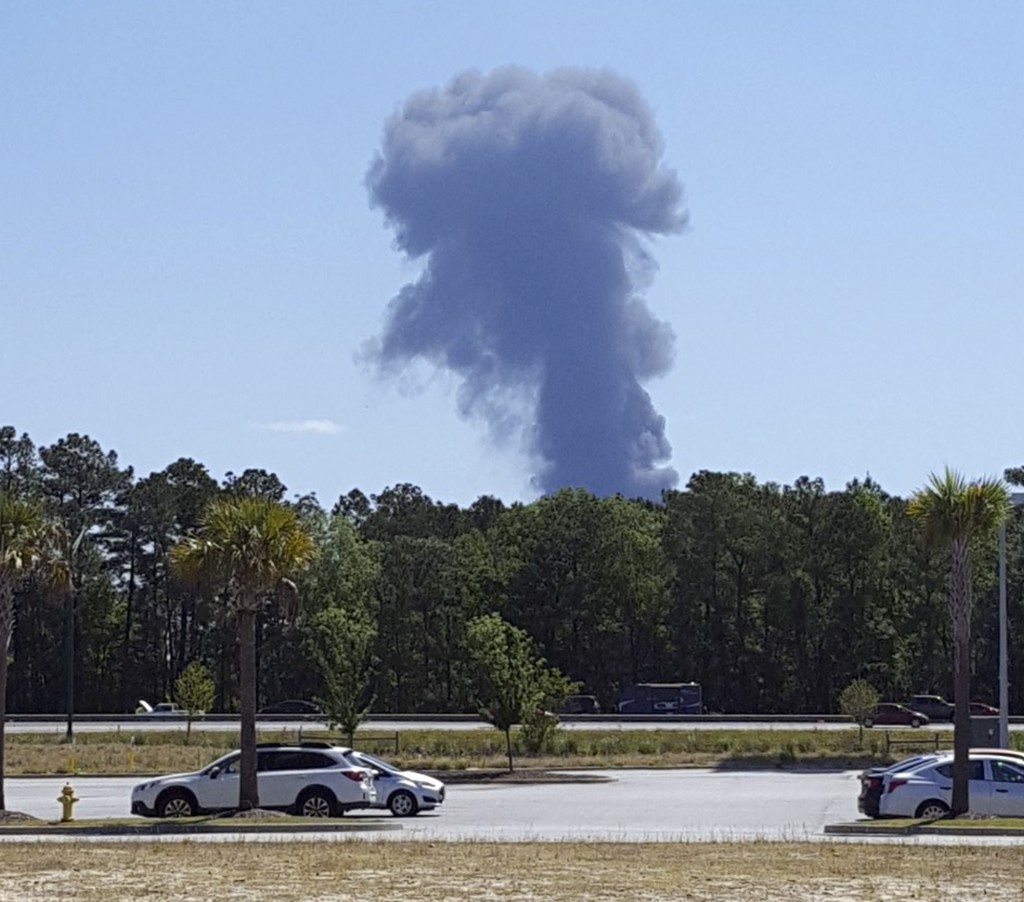 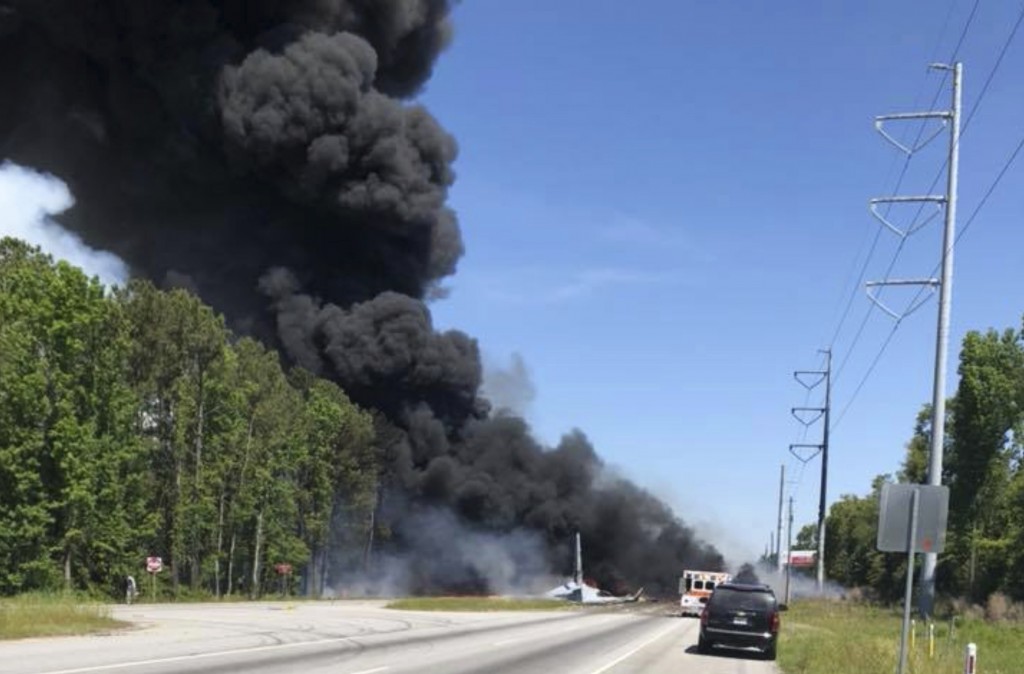 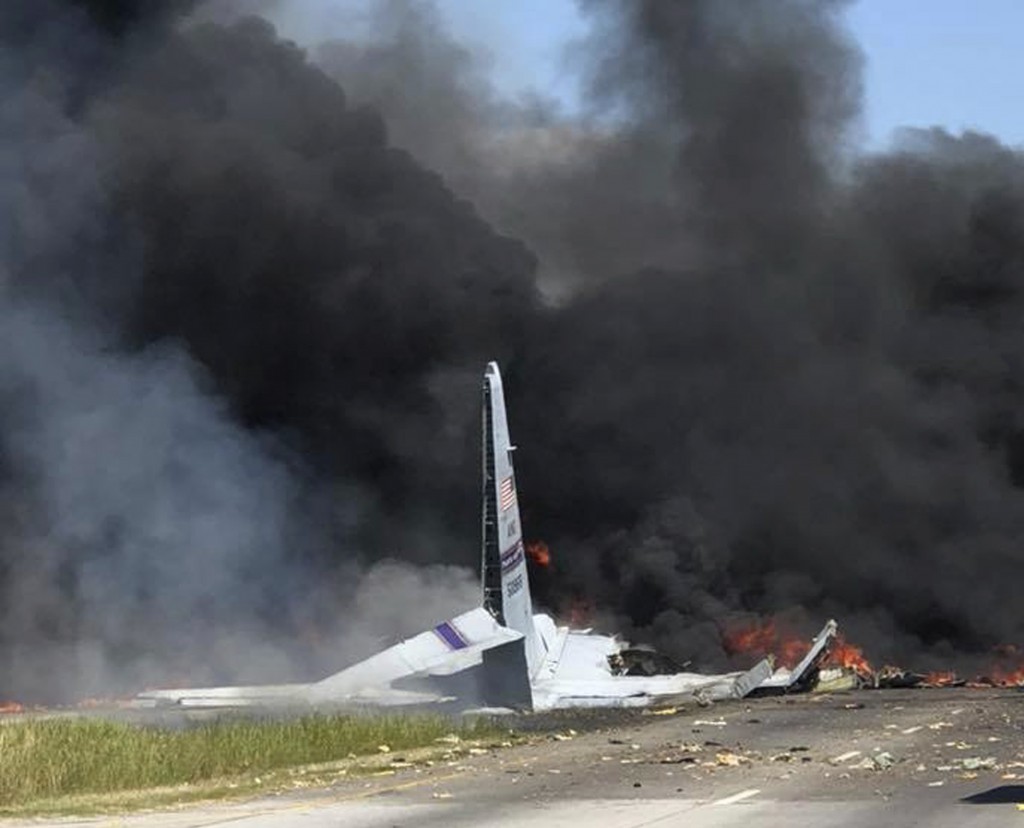 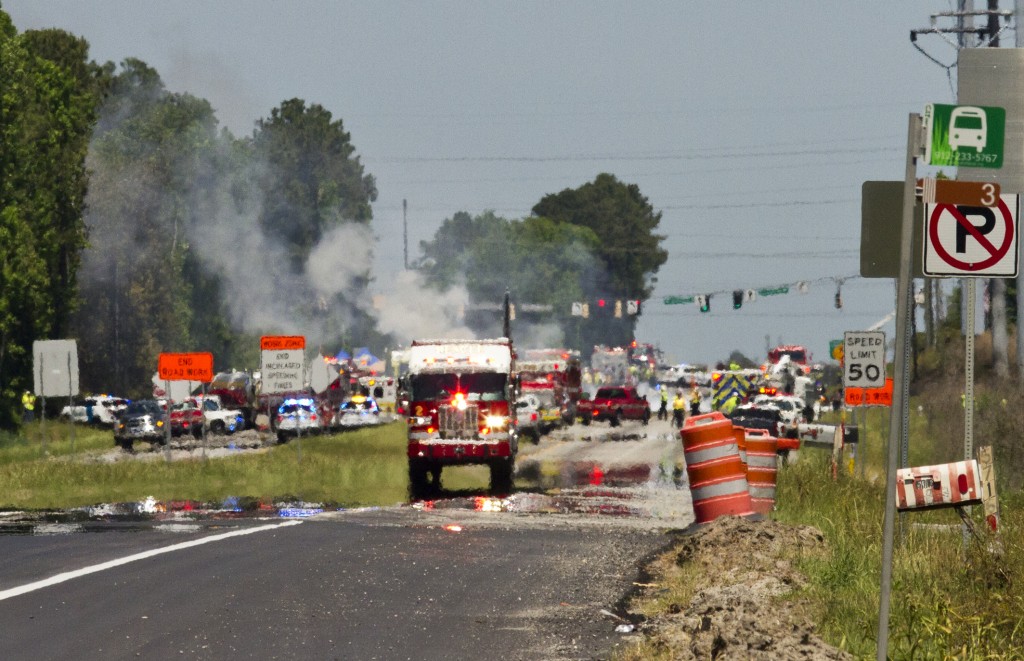 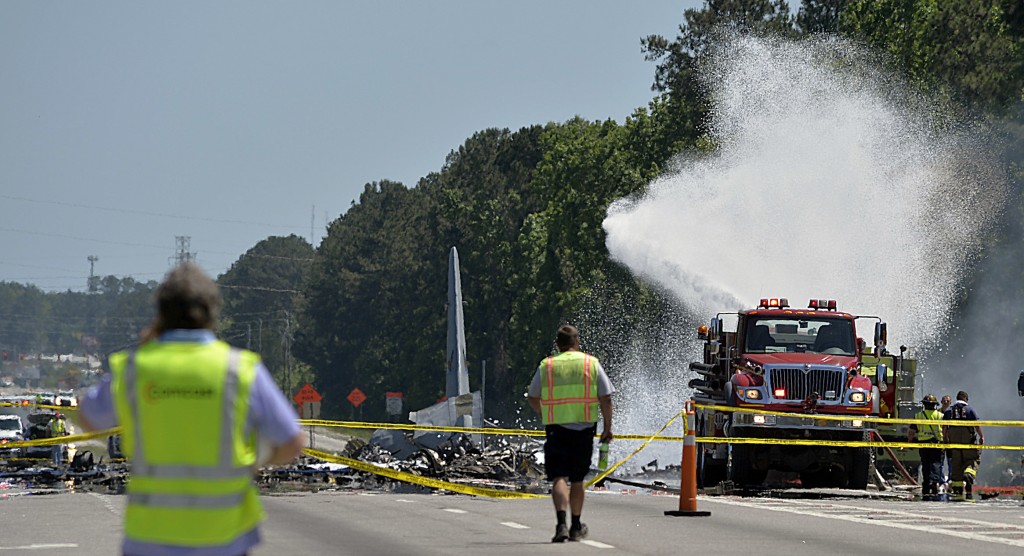 PORT WENTWORTH, Ga. (AP) — An aging C-130 Hercules that rescued and resupplied U.S. citizens after last year's hurricanes crashed onto a highway in Georgia during what was supposed to be its final flight, killing all nine Puerto Ricans on board.

After more than 60 years of government service, the huge plane was being flown into retirement in Arizona, reducing Puerto Rico's National Guard fleet to five similar planes, two of which need maintenance and aren't being used, Adjutant General Isabelo Rivera said.

"The planes that we have in Puerto Rico -- it's not news today that they are the oldest planes on inventory" among all National Guard planes nationwide, and they often face delays in getting spare parts shipped to the island, he said.

It's too early to say what might have caused the plane to drop out of the sky onto Georgia's Highway 21 moments after taking off from Savannah/Hilton Head International Airport. Rivera said the plane last received maintenance at the military base in Savannah in April.

All nine crew members had helped with hurricane recovery efforts as part of the 198th Fighter Squadron, nicknamed the Bucaneros, which flies out of Base Muniz in the northern coastal city of Carolina, Rivera said. The squadron used the plane to rescue Americans from the British Virgin Islands after Hurricane Irma, and later supplied food and water to Puerto Ricans desperate for help after Hurricane Maria.

"The National Guard is an extended family," Rivera said as doctors, psychologists and chaplains gathered to meet with the victims' relatives.

The huge plane came down so hard that the only part still intact was its tail section, said Chris Hanks, a spokesman for the Savannah Professional Firefighters Association. The fuselage appeared to have struck the median, and pieces of its wings, which spanned 132 feet (40 meters), were scattered across lanes in both directions.

"It miraculously did not hit any cars, any homes," she said. Eight hours after the crash, she confirmed that "To our knowledge there are no survivors."

Motorist Mark Jones told the Savannah Morning News that he saw the plane hit the road right in front of him, and explode in a huge fireball.

"It didn't look like it nosedived, but it almost looked like it stalled and just went almost flat right there in the middle of the highway," Jones said.

"I'm still shook up and shaking. My stomach is in knots because I know they're people just like me. I wasn't that far from it and I could have just kept going and it would have been me and we wouldn't be talking right now," Jones said.

The U.S. territory's Gov. Ricardo Rossello expressed his sadness, tweeting that "our prayers are with the families of the Puerto Rican crew."

President Donald Trump tweeted that he had been briefed on the crash, and sent "thoughts and prayers for the victims, their families and the great men and women of the National Guard."