TAIPEI (Taiwan News) – Innovation is often associated with technology. Yet architect Huang Sheng-yuan (黃聲遠), who was conferred the third Presidential Innovation Award on April 30, has proven that innovation can also be found in culture and humanity.

Huang founded the Fieldoffice Architects in Yilan County about two decades ago. Over the years, the firm has accumulated dozens of works in the county, changing the landscape of Yilan into a harmonious urban environment where people, nature, and architecture can co-exist and build relationships together.

It is the dedication to the local community and the respect for nature reflected in his works, which consist mostly of public space projects, that have earned Huang the recognition of the nation's highest award honoring innovation.

Apart from the Presidential Innovation Award, Huang was also awarded the National Culture Award in early April, and Japan’s Yosizaka Takamasa Award in 2017, both of which celebrate the cultural and human quality in the works of Fieldoffice.

Asked about how he felt when being awarded the Presidential Innovation Award, Huang said his firm was a team formed by a group of young people who called Yilan their home. Therefore it was thrilling news for him and the team, said Huang, standing in front of a billboard with a photo showing him and a group of young people standing happily at a lush farm.

“Until recently, most of our 50 to 60 projects had been carried out in Yilan. But we have begun to have projects in other places, such as Tamsui of New Taipei City and Hsinchu, and we set up an office wherever we do a project,” said Huang.

“In principle, we become residents and part of the community,” added Huang.

This may explain why many of the works of Fieldoffice have gone beyond the boundaries of a built environment commissioned to an architectural firm.

The media often notes the projects conducted by Fieldoffice have a distinct quality, resonating with the life of the local community and functioning as a knot bonding residents together.

In recently years, Huang and his firm have received worldwide attention. Later in May, for example, Fieldoffice Architects will pariticipate in the Venice Biennial, in which works of the architectural firm will be exhibited, including large-scale building models that characterize the work of Huang and his team.

Though working as a professional architect, Huang speaks as if he were an older and sensible brother and always ready to share with younger generations about his experiences and knowledge. Huang not only gives his attention to the environment of Yilan, but he is also concerned about the overall environment and society of Taiwan.

In his address during the award ceremony held on April 30, Huang pointed out the fact that there was not a single public museum in Taiwan dedicated to architecture.

For Huang, such an establishment is important because it will allow Taiwan to share the beauty and characteristics of the country's architecture with the rest of the world. In addition, it will also provide a venue where the legacy and knowledge of architecture, both tradition and innovation, can be passed on to later generations.

On the other hand, Huang also told reporters that there were six European countries looking to sign an agreement with Taiwan to cooperate on such museum-related affairs.

According to Huang, the agreement will facilitate collaboration between Taiwan and Europe on architecture as well as provide a chance for Taiwan’s young talent to develop overseas.

“Finally we can have such interactions with other countries on equal terms,” added Huang.

As President Tsai Ing-wen (蔡英文) praised Huang as an architect that “takes other people’s dreams as his own,” Huang and Fieldoffice’s works will continue to take root in Taiwan, bringing more free and open public spaces to the people on the island. 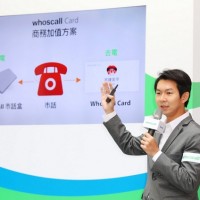