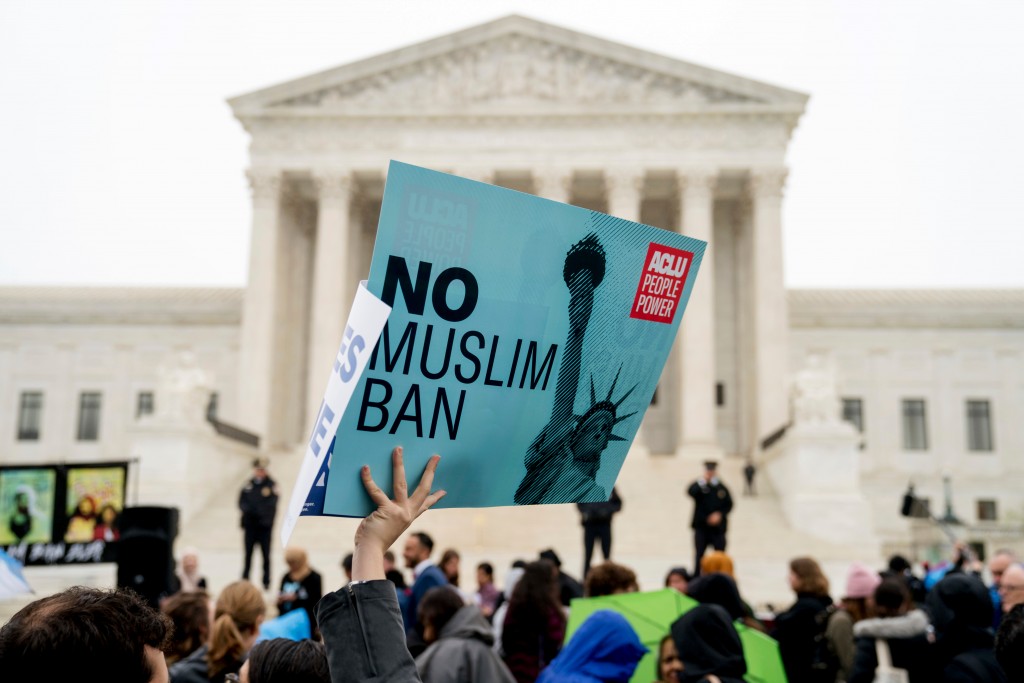 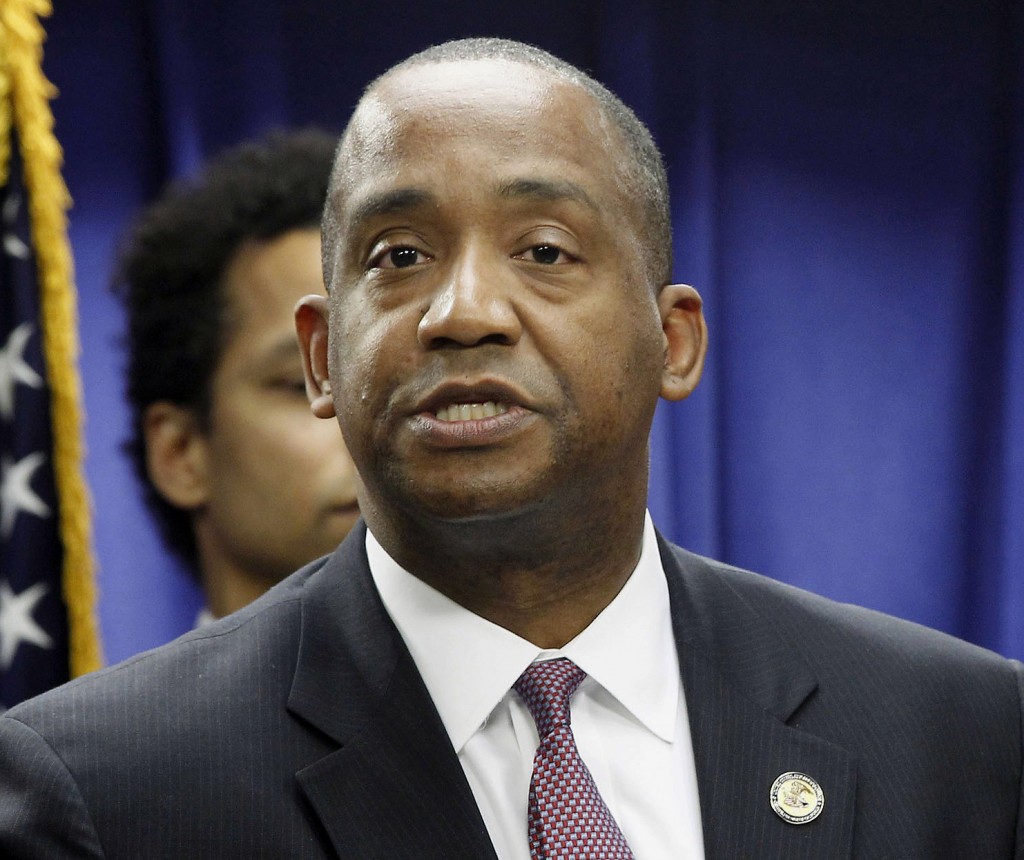 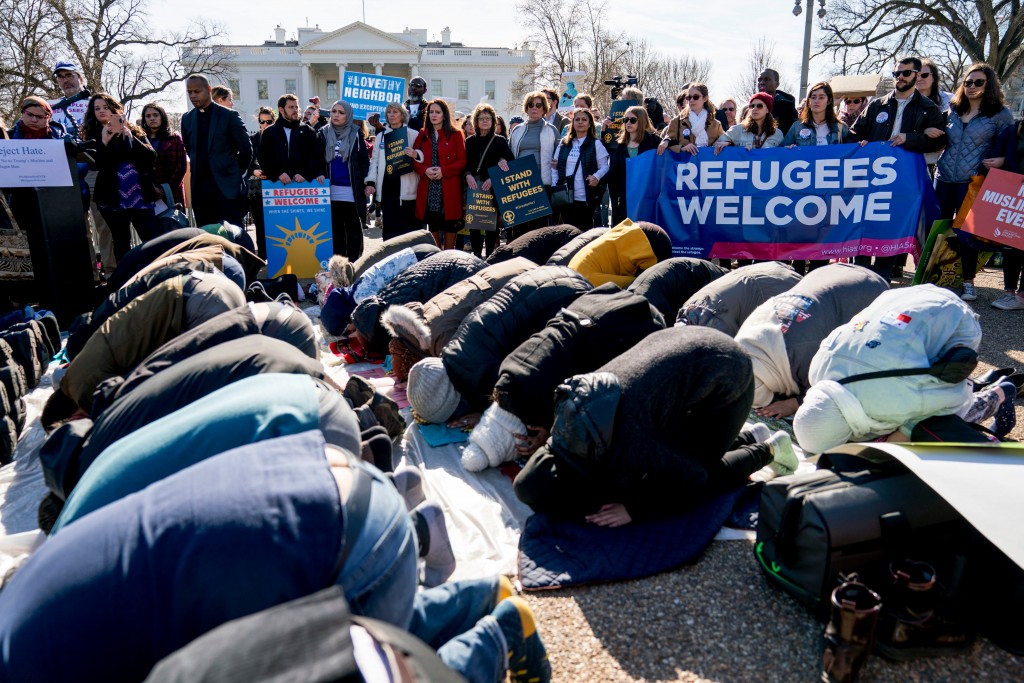 SAN FRANCISCO (AP) — President Donald Trump has called courts unfair and political and repeatedly assailed the 9th Circuit, the U.S. court system's westernmost division, where some of his key immigration policies have stalled.

Other observers describe America's judges as conservative or liberal, implying they bring an ideology to their decision-making that goes beyond a careful assessment of law and precedent. That view has made the U.S. Senate's confirmation of federal judges fraught, with each party battling to block nominees they view as unsympathetic to their positions.

But is there any evidence politics plays a role in judicial opinions? An Associated Press review suggests it might.

The AP looked at opinions by nearly 40 federal district court and appellate judges about Trump's ban on travelers from mostly Muslim countries. It found only one judge nominated by a Democratic president has supported Trump's authority to keep out all travelers or deport those who arrived just as the first ban took effect. With some exceptions, Republican nominees have taken a broader view of presidential power and rejected limits on the executive orders.

The travel ban is now in its third iteration and under consideration by the U.S. Supreme Court.

HOW HAS THIS SPLIT PLAYED OUT IN THE COURTS?

One of the first federal judges to consider the ban gave it the all-clear, saying Trump provided a legitimate reason for his January 2017 executive order and that a lawsuit challenging it was likely to fail.

The decision by U.S. District Judge Nathaniel Gorton in Boston came days after a federal judge in Los Angeles, Andre Birotte, reached the opposite conclusion and ordered the administration to allow immigrants with valid visas into the U.S.

The judges considered different lawsuits in different courts 3,000 miles (4,830 kilometers) apart. But they were also nominated to the bench by presidents from different parties — Gorton by Republican George H.W. Bush and Birotte by Democrat Barack Obama.

For the most part, the judicial split along party lines has continued as the ban's various versions have made their way through federal courts. The three bans have had a tortuous legal journey that has taken them before dozens of district court and appellate judges nominated by presidents from both major parties.

The AP completed an extensive review of that journey, examining 26 decisions by 38 judges. The two key findings:

— A majority of the judges — 24 — were nominated by Democratic presidents. Only one of those judges supported Trump's power to block all travelers. In February, 4th U.S. Circuit Court of Appeals Judge William Traxler, nominated by President Bill Clinton, said in a dissenting opinion that the administration provided "logical conclusions and rationale" for the third ban and addressed his earlier concerns that it was motivated by anti-Muslim bias.

— In contrast, 10 of the 14 Republican judges in the group sided with the administration and moved to uphold restrictions on foreign travelers. One of the notable exceptions is James Robart in Seattle — a nominee of President George W. Bush —, who issued a nationwide order blocking the first ban.

AREN'T JUDGES SUPPOSED TO BE APOLITICAL?

The code of conduct for federal judges says they should not allow "family, social, political, financial or other relationships to influence" their judgment. Judges generally refrain from overt partisanship and often hold themselves up as neutral arbiters of law.

But the law can be unclear and open to varying interpretations.

In a widely cited 2006 book, "Are Judges Political," Harvard University's Cass Sunstein and other researchers studied thousands of decisions by three-judge federal appellate court panels. Some areas of the law — such as appeals of criminal convictions — produced no significant difference in the decisions of Republican and Democratic judicial nominees. But in other areas, political affiliations were good predictors of judges' rulings.

"The reality is, there are certain hot button issues where you've got these splits, and there's not that many people in the middle," said David Levine, a professor at the University of California, Hastings College of the Law who has followed the travel ban cases.

WHERE DO REPUBLICAN AND DEMOCRATIC NOMINEES DIFFER ON THE TRAVEL BAN?

Democratic nominees have pointed to the president's campaign rhetoric about barring Muslims from entering the country as evidence the bans are illegally motivated by religious prejudice. They said the administration provided insufficient evidence for its claim that the bans are needed for U.S. security.

"The 'initial' announcement of the Muslim ban, offered repeatedly and explicitly through President Trump's own statements, forcefully and persuasively expressed his purpose in unequivocal terms," U.S. District Judge Theodore Chuang in Maryland, who was nominated by Obama, said in an October ruling blocking the third ban.

Republican judicial nominees have assailed their Democratic counterparts for second-guessing the president's national security claims by looking beyond his order to campaign statements.

"Even if we have questions about the basis for the President's ultimate findings — whether it was a 'Muslim ban' or something else — we do not get to peek behind the curtain," 9th U.S. Circuit Court of Appeals Judge Jay Bybee, a President George W. Bush nominee, said in March 2017.

Bybee was dissenting from the 9th Circuit's decision not to revisit its ruling keeping the first travel ban on hold. Four other judges — all Republican nominees — signed the dissent.

The U.S. Supreme Court will have the final word. It heard arguments April 25 about the ban's latest version, which restricts travel to the United States by residents of five majority-Muslim countries — down from seven in the first ban — as well as North Korea. It also restricts travelers from Venezuela.

The justices in December allowed that version to take full effect even as the legal fight over it continued.

They appeared split during the hearing, though it seemed likely a majority of the justices would uphold the latest version. Chief Justice John Roberts and Justice Anthony Kennedy signaled their support for it. The ban's challengers almost certainly need one of those two justices on their side to strike it down.